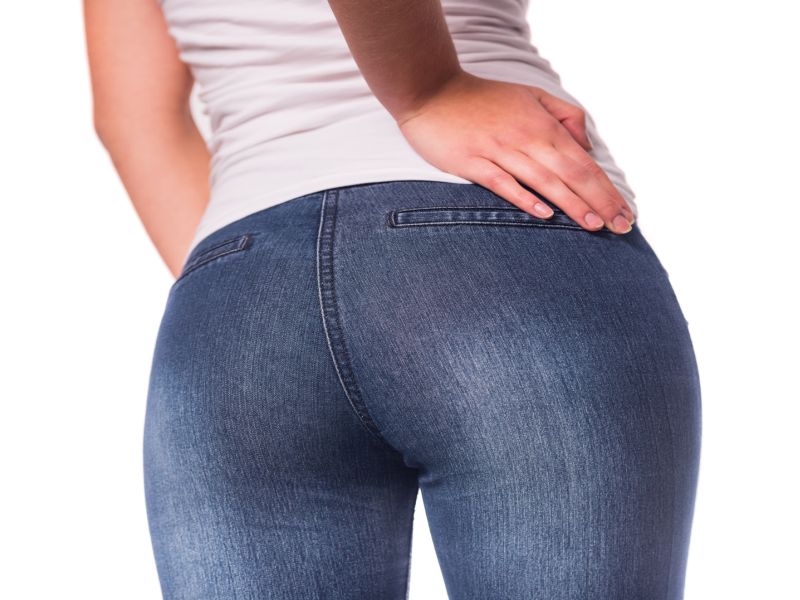 FRIDAY, Feb. 26, 2016 (HealthDay News) -- More Americans are putting their backsides to the front of the line when it comes to plastic surgery, a new report finds.

Butt implants and lifts are now the fastest-growing types of plastic surgery in the United States, according to the latest data from the American Society of Plastic Surgeons (ASPS).

The 2015 statistics also revealed another sign that men are not immune to vanity: More than 40 percent of breast reductions are now performed on males, the ASPS report found.

"As plastic surgery is becoming more common and accepted in men, we're seeing more of them undergo procedures to tighten and tone problem areas, like the breasts," ASPS president Dr. David Song said in a society news release.

"This procedure is often done in younger men who face genetic challenges with the size and shape of their breasts, and when appropriate, surgery can make a big difference in their lives," he said.

Overall, the ASPS says there's been a real shift in the types of cosmetic surgeries Americans are opting for over the last 15 years.

Overall, the number of U.S. plastic surgery procedures rose 115 percent between 2000 and 2015, and the trend doesn't seem to be slowing down. According to the ASPS, there were 15.9 million surgical and minimally invasive cosmetic procedures performed in 2015 -- 2 percent higher than in 2014.

This was the first year since at least 2000 that facelifts were not in the top five, the ASPS noted.

"While more traditional facial procedures and breast augmentations are still among the most popular, we're seeing much more diversity in the areas of the body patients are choosing to address," Song said.

However, the derriere is increasingly the focus of cosmetic interventions, the ASPS noted.

The report also said there were more than 68,000 breast reduction surgeries in 2015, and for the first time men accounted for more than 40 percent of those procedures.

The ASPS data also showed that more breast cancer patients are undergoing breast reconstruction. In 2015, there were more than 106,000 such procedures -- 4 percent more than in 2014 and 35 percent higher than in 2000.

"That's encouraging, and we hope to continue to get the word out to all women who are facing breast cancer, so they will be well aware of all their reconstructive options from the outset of diagnosis," said Song.

The U.S. Office on Women's Health has more about cosmetic surgery.