Stress of Caring for Sick Spouse May Raise Stroke Risk 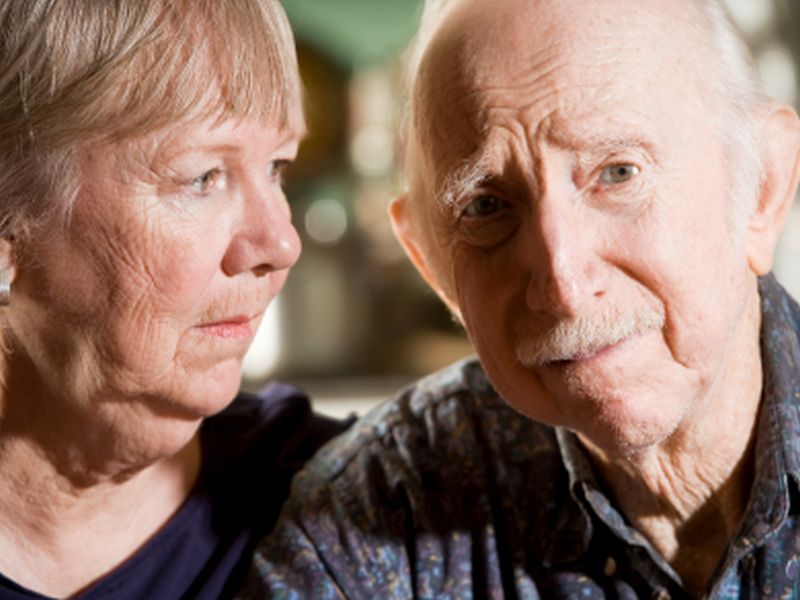 FRIDAY, March 4, 2016 (HealthDay News) -- Husbands and wives who feel the strain of caring for a sick or disabled spouse are at a higher risk of stroke than those who do not have to care for their significant other, a new study suggests.

Spouse caregivers who said they were stressed had a 95 percent higher stroke risk when compared to "matched" non-caregivers with similar demographic, lifestyle and stroke risk factors, according to the study.

Lead author Sindhu Lakkur, a postdoctoral fellow in the department of biostatistics at the University of Alabama at Birmingham, first witnessed the burden of caring for a severely ill spouse while following physicians at the stroke unit in the university's hospital.

"Stroke is one of the leading causes of adult disability, so overnight someone can go from perfectly fine to having severe impairments in physical and cognitive [mental] function, and this can put a really big strain on the family," she said.

Dr. Michelle Albert, a cardiologist and professor of medicine in residence at the University of California, San Francisco (UCSF), said chronic stress boosts blood levels of the hormone cortisol and heightens inflammation in the body. This can cause arteries to harden and narrow and, ultimately, restrict blood flow to the brain, resulting in a stroke.

Albert, who also serves as director of UCSF's Center for the Study of Adversity and Cardiovascular Diseases, said it's important to study the health effects of caregiving, particularly as adults in the "sandwich generation" take care of elderly family members as well as their own children.

For the study, researchers examined data for more than 6,000 caregivers and non-caregivers who participated in a study of men and women aged 45 or older who enrolled from 2003 to 2007.

Participants were deemed caregivers if they were providing care on an ongoing basis to any family member with a chronic illness or disability.

Caregivers were asked about their relationship to the patient and the amount of physical and mental strain they associated with that care -- either none, some, or a lot.

Those ratings reflected "whatever they perceive their strain to be," Lakkur said.

During an average 8.5 year follow-up period, there was little difference in stroke rates among caregivers as a whole (3.8 percent) and non-caregivers (3.7 percent).

But caregivers who reported moderate or high levels of strain from handling the needs of their ill or disabled spouse showed a statistically significant increase in stroke risk.

"If you're living with someone who requires care, it may be more stressful than going to someone's house and caring for them once a week," Lakkur reasoned.

Depression and isolation may also be factors in their perceived stress levels, she said.

Albert encourages her own patients who are under stress to take time for themselves each day to focus on their own well-being, by exercising or meditating, for example.

"We don't live in a vacuum," she said. "It's usually a confluence of stressors."

The researchers were to present the study findings Friday at an American Heart Association meeting in Phoenix. Such research is considered preliminary until published in a peer-reviewed journal.

The Alzheimer's Association can tell you how to recognize and manage caregiver stress.