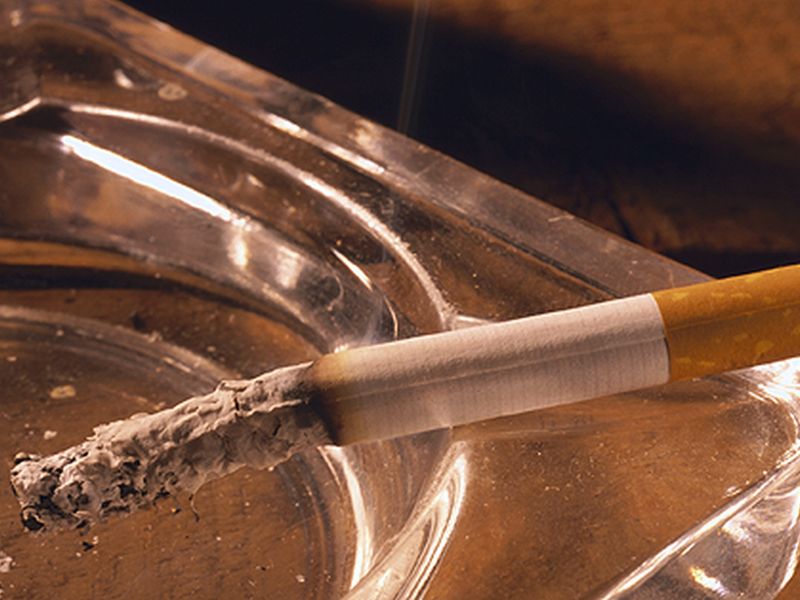 The study found that after four weeks, nearly half of those who quit "cold turkey" were still not smoking. But, among people who quit gradually over two weeks, only 39 percent were smoke-free at four weeks, researchers said.

"Most people thought cutting down would suit them better," said study lead author Nicola Lindson-Hawley. She's a post-doctoral researcher with the University of Oxford in the United Kingdom. "But whatever they thought, it turned out they were better to try to quit abruptly."

Findings from the study were published online March 14 in the Annals of Internal Medicine.

Smoking is still the leading preventable cause of death, according to the U.S. Centers for Disease Control and Prevention (CDC). Each year, approximately 400,000 Americans die because of smoking, the CDC says. And for every person who dies due to smoking, another 30 people are living with smoking-related illness, the government agency reports.

The good news is that stopping smoking greatly reduces the risk of smoking-related diseases, the CDC notes.

Unfortunately, quitting smoking for good is no easy task. And no wonder: Research has suggested that nicotine is as addicting as drugs such as heroin and cocaine, the CDC says.

Smokers who try to quit often suffer from stress, hunger and weight gain, according to the CDC. These all contribute to low quit rates. Strategies such as using nicotine replacement therapy and getting counseling can help, however. And many people do succeed in quitting, even if it takes several attempts.

The latest research included just under 700 adult smokers from England. The study participants smoked an average of 20 cigarettes a day. More than nine in 10 of the participants were white. The average age of the smokers was 49, and half were women.

The study volunteers were randomly assigned to quit smoking abruptly or to cut down gradually by 75 percent over two weeks.

The researchers followed up at four weeks and six months after the experiment started. Blood testing was used to confirm whether smokers had actually quit.

The percentages of smokers who successfully quit may seem quite low, but Lindson-Hawley said those percentages are normal.

Dr. Michael Fiore, a professor at the University of Wisconsin-Madison who's helped develop federal guidelines about quitting smoking, pointed out that the percentages are still higher than quitting without support from counseling or medication.

Why might quitting abruptly be better? Those who try to quit gradually, Fiore said, often succumb to "the challenges of life even when they have very good intentions and a lot of structure."

What should smokers take from the study results? They should try quitting abruptly first, Lindson-Hawley said. However, "many people feel that they cannot quit smoking all at once. If the decision is between cutting down or not trying to quit at all, then quitting gradually is still a viable approach."

Fiore said physicians should let patients try to quit gradually if they prefer that approach. "If I see them two months later and they crashed and burned, now I say, 'You've learned from that, let's try this quick-cessation thing.'"

For more about smoking cessation, visit the U.S. Centers for Disease Control and Prevention.