Living Past 90 Doesn’t Doom You to Disease, Disability 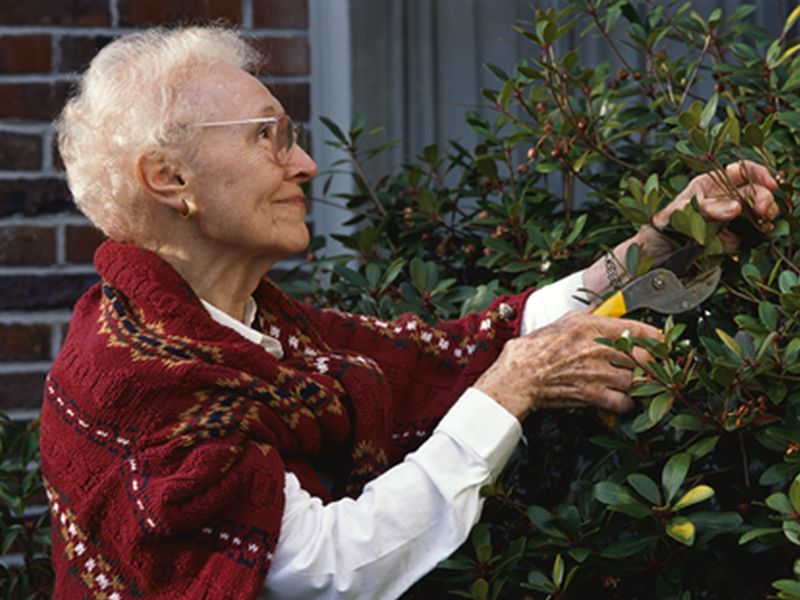 Study suggests life can be long and healthy, although good genes help a lot

A new study suggests that may be possible, particularly if you have good genes.

"Chronic disease is not an inevitable part of aging," said Dr. Sofiya Milman, an assistant professor of medicine at the Albert Einstein College of Medicine in New York City. "An extended period of good health can accompany a long life span and is an achievable goal."

Milman is one of the authors of a U.S. National Institutes of Health-funded study on aging.

Americans are living longer than ever. In 2014, the average life expectancy at birth had reached nearly 79 years, according to the U.S. National Center for Health Statistics. A century earlier, it was just slightly over 54 years.

But gains in "health span -- the period of time that people live in good health -- have not kept pace with longevity, the study authors noted. Rather, longer life expectancy has been associated with greater disability.

Of course, some people are beating the odds, outliving their average life expectancy, surviving near the limit of the human life span, and spending fewer years sick and disabled.

How do they do it?

Using data from two previous studies, researchers from Albert Einstein and Boston University examined whether people experienced similar delays in the onset of disease and disability before death.

One study, the Longevity Genes Project, included Ashkenazi Jewish people who at age 95 were living independently. For comparison, the study also included a group of somewhat younger Ashkenazi Jews with no parental history of longevity.

The research team also drew data from the New England Centenarian Study, which included 100 year olds living in eight towns in the Boston area, as well as in England, Ireland, Australia and New Zealand. It also included people without a family predisposition of exceptional longevity for comparison.

For both sets of comparisons, researchers tracked people's ages at the onset of cancer, cardiovascular disease, diabetes, high blood pressure, osteoporosis and stroke. Alzheimer's disease, however, was not included because the Longevity Genes Project does not collect that data, Milman explained.

Remarkably, the long-lived participants in each study experienced disease and disability later in life, resulting in a shorter period of illness before death, compared with the younger adult groups.

The researchers assessed disease-free survival years by approximating the prevalence for each disease in older adults. Take cancer, as an example. Cancer prevalence is 20 percent for people aged 65 to 80, the study authors said.

For people in the Longevity Genes Project, the age at which 20 percent of the long-lived individuals had developed cancer was delayed to 96 for both men and women. Twenty percent of their younger counterparts, however, experienced cancer by age 78 for men and by age 74 for women, the findings showed.

"A lot of concern is that, well, if you live a long time, you're just going to be bedridden. And what they're showing is that's not true. The people who are living longer are living healthier," said Dr. Anne Newman, director of the Center for Aging and Population Health at the University of Pittsburgh.

"Their health span was longer, and that's the important piece of it," added Newman, a professor and chair of population health sciences and epidemiology.

So what's their secret?

According to Milman, "Genetic factors are thought to be the main reason. We have identified several genetic factors that appear to slow aging and/or protect from diseases."

Environment factors -- at least among these long-lived people -- seem to be less important, she noted.

"Our centenarians were not practicing particularly healthy behaviors: 60 percent of men and 30 percent of women were smokers, less than half exercised regularly, and approximately 50 percent were overweight or obese," Milman noted.

The report was published online this month in the Journal of the American Geriatrics Society.

Learn more about living long and living well from the U.S. National Institute on Aging.