Last Updated: September 08, 2016. More patients survived, but more were in vegetative state, and little difference was seen in long-term disability. 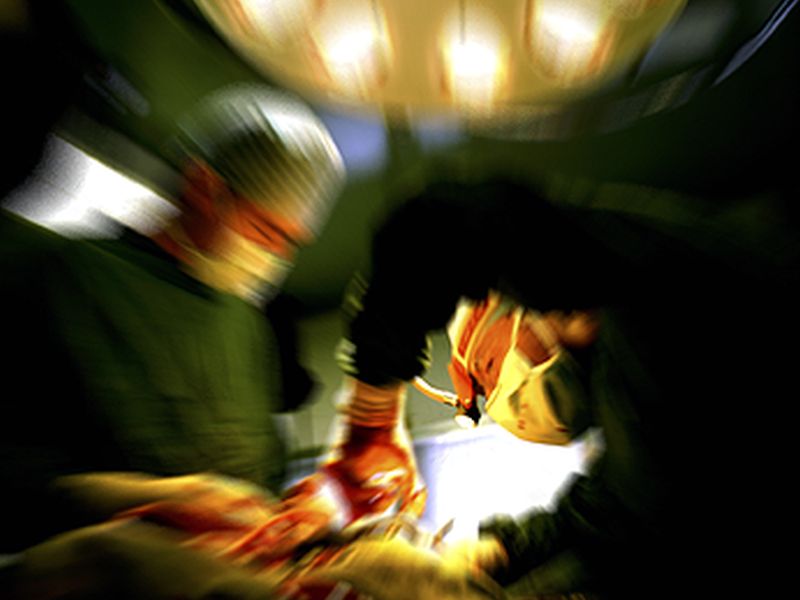 More patients survived, but more were in vegetative state, and little difference was seen in long-term disability

THURSDAY, Sept. 8, 2016 (HealthDay News) -- Removing part of the skull to relieve pressure in the brain following a severe head injury can save a person's life, but the patient is often left permanently disabled, a new clinical trial has determined.

Doctors frequently turn to craniectomy for patients who are suffering from brain swelling as a result of traumatic head injury, but little is known about whether the procedure spares these patients from long-term brain damage.

The new trial found it can drastically reduce risk of death, with about 30 percent of patients dying following the procedure compared to 52 percent of those treated with standard medical care.

However, people treated with a craniectomy were three times more likely to wind up in a vegetative state (6 percent vs. 2 percent), and often were as likely to suffer long-term disabilities as patients receiving standard medical care, the study found.

"We need to be really conscious of the quality of life of patients following this operation, which ranged from vegetative state through varying states of disability to good recovery," said study author Peter Hutchinson. He's a research professor of neuroscience at the University of Cambridge in England.

"Doctors and families will need to be aware of the wide range of possible long-term outcomes when faced with the difficult decision as to whether to subject someone to what is a major operation," Hutchinson said.

The trial involved 408 patients aged 10 to 65 who suffered a traumatic brain injury between 2004 and 2014. Patients who did not respond to standard medical care were randomly assigned to undergo a craniectomy, in which a section of the skull is removed to uncover the brain beneath.

Craniectomy patients had a better survival rate than patients who were treated with medication and less-invasive procedures, the researchers found. However, their injuries still drastically affected their ongoing quality of life:

"The study really reiterates what we've already known about decompressive craniectomy," said Dr. Richard Temes, director of the Center for Neurocritical Care at North Shore University Hospital in Manhasset, N.Y. "It is a potentially lifesaving procedure, but if the purpose is to regain or improve function, it doesn't really make that significant an impact."

One-year follow-up showed that patients who undergo craniectomy do have some chance of recovery, Hutchinson noted. About 45 percent were at least independent at home 12 months later, compared with 32 percent of the standard care group.

But the high risk of permanent disability needs to be weighed prior to surgery, he said.

The study was published online Sept. 8 in the New England Journal of Medicine.

For more on craniectomy, visit the University of Rochester Medical Center.