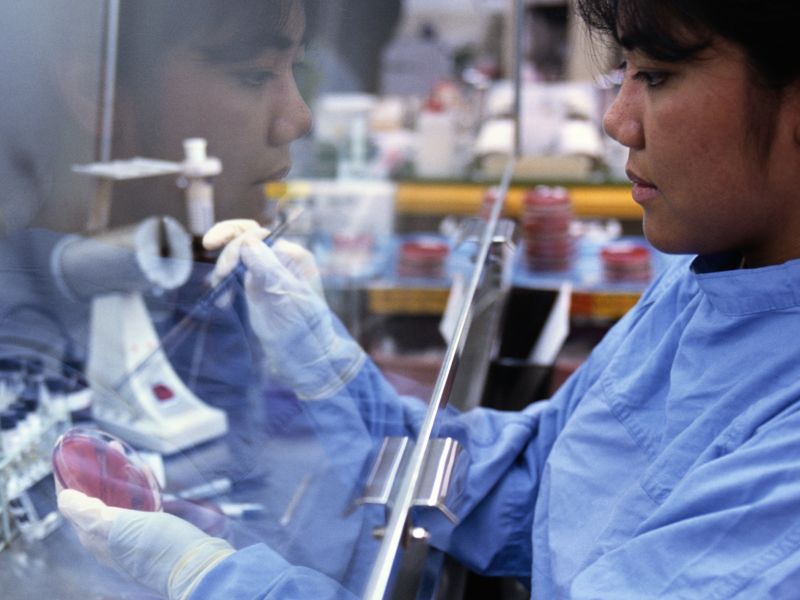 Thirty-six percent of over 100 very ill lymphoma patients appeared disease-free six months after a single treatment, according to results released by the treatment's maker, Kite Pharma of Santa Monica, Calif.

These patients had not responded to usual treatments and had no other options, Kite said Tuesday in a news release.

Overall, more than four out of five patients with the blood cancer saw their cancer reduced by more than half for at least part of the study, the company said.

But Herbst, who is chief of medical oncology at Yale Cancer Center in New Haven, Conn., said longer follow-up is needed to see if the benefit continues.

Still, he said, "This certainly is something I would want to have available." Side effects, which had been a concern, seemed manageable in this study, he said.

Lymphoma is a general term for cancers that begin in the lymph system. The lymph system is part of the immune system, which helps the body fight disease.

Here's how the treatment works: A patient's blood is filtered so immune cells called T-cells can be altered to contain a cancer-fighting gene. The cells are returned to the patient intravenously, and the cancer-targeting cells then multiply in the patient's body.

The U.S. National Cancer Institute developed the gene approach and licensed it to Kite. Now, Kite and another pharmaceutical giant, Novartis AG, are competing to gain approval of the treatment, according to the AP.

Kite reportedly intends to seek U.S. Food and Drug Administration approval this spring and approval in Europe later this year. It could be the first gene therapy approved in the United States, the news report noted.

Although the therapy appears to benefit a significant number of patients, it is not risk-free. Researchers believe two patients died of treatment-related causes, the AP reported.

Other side effects included anemia or other blood problems that were treated, and neurological problems such as sleepiness, confusion, tremor or difficulty speaking, which typically lasted only a few days, the wire service reported.

Overall, however, the therapy seems safe, according to Dr. Steven Rosenberg, chief of surgery branch at the National Cancer Institute. He was not involved with the study.

"It's a safe treatment, certainly a lot safer than having progressive lymphoma," Rosenberg told the AP. He said he has a patient who was treated this way who is still in remission seven years later.

The cost of such treatment hasn't been reported yet, but immune system therapies tend to be very expensive.

The results are scheduled for presentation at the American Association for Cancer Research conference in April. Until published in a peer-reviewed medical journal, the data and conclusions should be considered preliminary.

The U.S. National Cancer Institute has more about lymphoma.