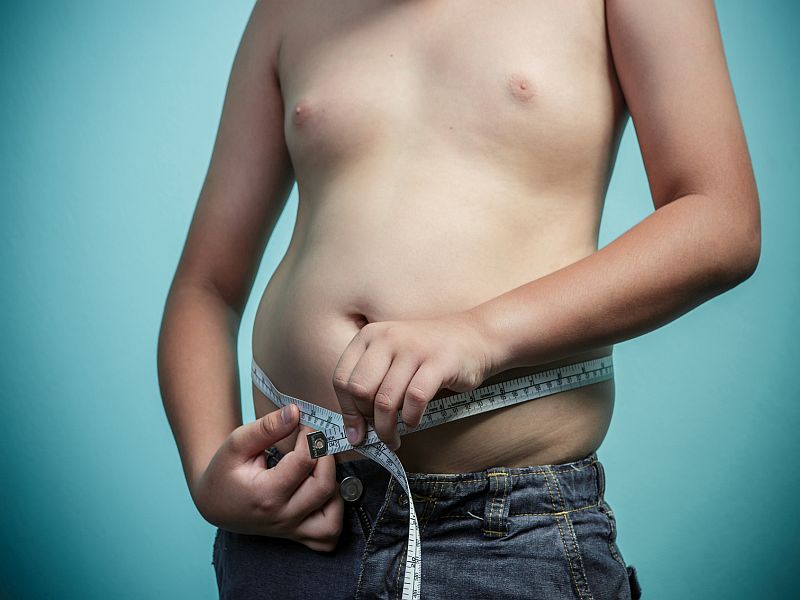 This growing group has double the problems as peers with type 1 disease, study finds

TUESDAY, Feb. 28, 2017 (HealthDay News) -- Young people with type 2 diabetes are much more likely to show signs of complications from the blood sugar disease than those who have type 1 diabetes, a new study shows.

While the researchers found that about three in four teens and young adults with type 2 diabetes had at least one complication, only one in three with type 1 diabetes did.

"The one big difference in the kids with type 1 and type 2 was obesity. When we controlled the data for obesity, there was no longer an excess of complications for type 2 diabetes," explained lead author Dr. Dana Dabelea. She's a professor of epidemiology and pediatrics at the Colorado School of Public Health, in Aurora.

The one bright spot in the findings was that the complications were mostly in the "early or subclinical" stages, Dabelea added.

That means there's still time to reverse the damage, she explained.

Both types of diabetes have been on the rise, according to the researchers. The obesity epidemic has played a significant role in the increase in type 2 diabetes in both adults and children.

People with type 2 diabetes first develop insulin resistance. Insulin is a hormone that helps the body use sugars from food as fuel. When the body is insulin-resistant, it doesn't use insulin efficiently. Because insulin isn't helping sugar into cells to be used as energy, sugar stays in the bloodstream, causing blood sugar levels to rise.

In response, the pancreas -- the organ that makes insulin -- produces more and more insulin to try to bring blood sugar levels down. Eventually, the pancreas can't keep up with the demand, and type 2 diabetes develops.

There are a number of medicines available for adults with type 2 diabetes, Dabelea said, but treatment is more limited in young people with type 2 diabetes. They can make lifestyle changes and take insulin and the drug metformin, which makes the body more sensitive to insulin.

Type 1 diabetes is an autoimmune disease. Weight doesn't play a role in causing type 1 diabetes. Instead, the body's immune system mistakenly attacks the insulin-producing cells in the pancreas. So many cells are destroyed that the pancreas makes little to no insulin.

To survive, people with type 1 diabetes must take multiple daily insulin injections or receive insulin through a tiny catheter placed underneath the skin that attaches to an insulin pump. But, unlike people with type 2 diabetes, their bodies can efficiently use insulin.

The study included more than 1,700 young people with type 1 diabetes and nearly 300 with type 2 diabetes. They were treated in five different locations in the United States between 2002 and 2015.

Both groups had diabetes for about eight years. Their blood sugar levels were similar, the study showed.

The researchers found that almost 20 percent of the type 2 group had early signs of possible kidney disease, as did 6 percent of those with type 1 diabetes.

Dr. William Cefalu, chief science, medical and mission officer for the American Diabetes Association (ADA), pointed out that a number of factors can affect test results for early kidney disease, and this study only looked at one test.

The study also found that 9 percent of those with type 2 diabetes had early signs of eye disease, as did nearly 6 percent of the type 1 group.

Dabelea said those two complications were the most concerning, because they may not be as reversible with good disease management as the other complications.

Factors other than obesity may play a role in the differences between the two groups of patients, the researchers noted. For example, type 2 may be a more aggressive disease in children. It's also possible that the limited treatment options for type 2 diabetes affected the rate of complications.

Dabelea also noted that kids with type 2 diabetes were a more diverse population. They may have come from economically disadvantaged families with less access to health care.

Cefalu said he wasn't "really surprised by the study's findings, but the statistics are startling, given that these are youth and adolescents."

He said parents and physicians should see this study as "a call to action to have a heightened awareness that complications are present at a high rate."

Blood sugar management can help stave off these complications. Losing weight is helpful for kids with type 2 diabetes, and regular physical activity can make a big difference. Make sure your child's blood pressure is being measured, and that their kidney health is tested, Cefalu added.

Also, get your child's eyes checked by an ophthalmologist, Cefalu suggested. For kids with type 2 diabetes, annual eye exams should begin right after diagnosis. For those with type 1 diabetes, eye exams are recommended starting five years after diagnosis, according to the ADA.

Cefalu also noted that parents and providers need to keep in mind that there are treatments available for diabetes complications.

The findings were published Feb. 28 in the Journal of the American Medical Association.

Learn about preventing diabetes complications from the American Diabetes Association.