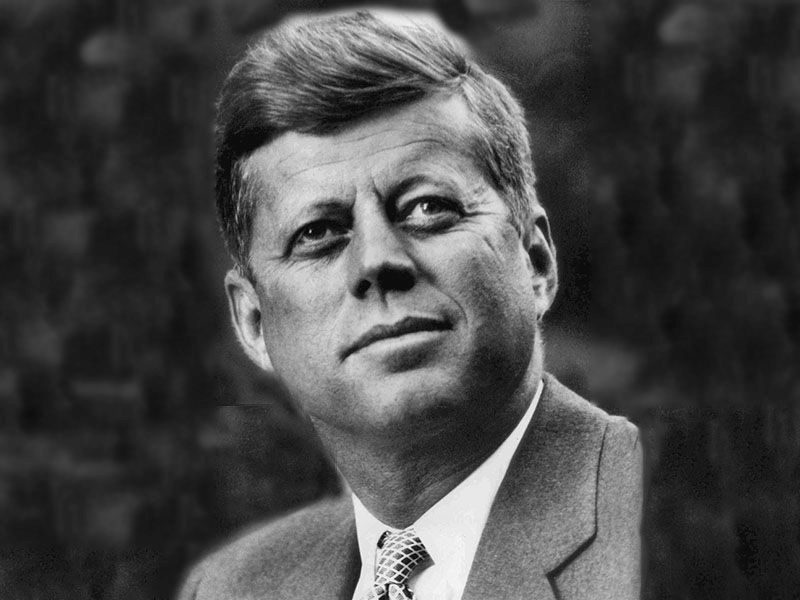 A new report chronicles JFK's pain issues and the many treatments he received throughout the years. The report includes private details -- from multiple failed spinal surgeries and narcotic injections, to use of a back brace that some believe may have played a role in his death.

"He went through the wringer visiting different surgeons and physicians and experts in their field -- well-known people," said study co-author Dr. Justin Dowdy. He is a neurosurgeon and partner at Hot Springs Neurosurgery Clinic in Arkansas.

While Kennedy's care would be different today due to advances in surgery and imaging technology, Dowdy doesn't see reason to second-guess clinicians' recommendations at the time.

"They did the best they could with the information at their disposal," he observed.

Dowdy and Dr. Glenn Pait, of the University of Arkansas for Medical Sciences' Spine Clinic in Little Rock, aren't the first to describe the Kennedy family scion's back woes. But the new account woven from physicians' case notes, spinal imaging studies and other research may be the most detailed to date, Dowdy said.

"We ended up with, I think, a pretty good story to tell," he added.

Kennedy's quest for relief from low-back pain likely began as a result of a football injury sustained in 1937 during his collegiate years at Harvard.

A subsequent incident during World War II, when a patrol torpedo boat to which Kennedy was assigned was rammed by a Japanese destroyer, likely exacerbated the young midshipman's back problems, the authors noted.

He survived the collision. And then, "Kennedy towed a badly wounded crewman with the strap of his life jacket clenched between his teeth for a punishing 5-hour swim to a nearby island," the study authors wrote.

The year after his rescue, JFK underwent his first spinal surgery. But as Dowdy and Pait said, Kennedy's back problems haunted him throughout his years in Congress and the White House -- until the day of his assassination on Nov. 22, 1963.

Some medical experts believe the former president's use of a back brace contributed to his death on that fateful day in Dallas. It has been suggested that JFK's tightly bound body sprung back to an upward position after Lee Harvey Oswald's first shot, enabling the assassin to fire off a second fatal blow to the head.

Dowdy said it's impossible to know for sure but said the evidence suggested that, in fact, the brace may have played a role in Kennedy's death.

JFK had a total of four back surgeries -- two intended to fix his spine and two more to resolve surgical complications.

Along the way, he also tried a slew of nonsurgical treatments. These included trigger-point injections of local anesthetics, methamphetamine injections, exercise, massage and heat therapy.

Dr. Daniel Fassett, director of spinal surgery at OSF HealthCare's Illinois Neurological Institute in Peoria, advises patients to "try everything under the sun before surgery," including multiple types of injections, chiropractic care and acupuncture, for example.

"You can't turn back the clock," Fassett said. "Once you have that surgery, you permanently change the characteristics of the spine and set that patient up for the possibility of more surgeries down the road."

Kennedy's pain was likely due to multiple factors, leading to "an unfortunate pattern of treatment and outcomes that contemporary spine surgeons continue to struggle with at times in a small subset of patients," the authors concluded.

"Spine surgery even in the modern era is really difficult," Dowdy explained, because despite modern imaging technologies, it can be hard to pinpoint the cause of a person's back pain and sometimes surgery doesn't resolve the pain.

"It's still going to be as much of an art as it is a science," he said.

The report was published July 11 in the Journal of Neurosurgery: Spine.

Visit the U.S. National Institute of Arthritis and Musculoskeletal and Skin Diseases for more on back pain.