Controversial Chemical Can Linger on Your Toothbrush

Last Updated: October 25, 2017. Triclosan is still allowed in toothpaste in U.S., but not soaps and wipes. 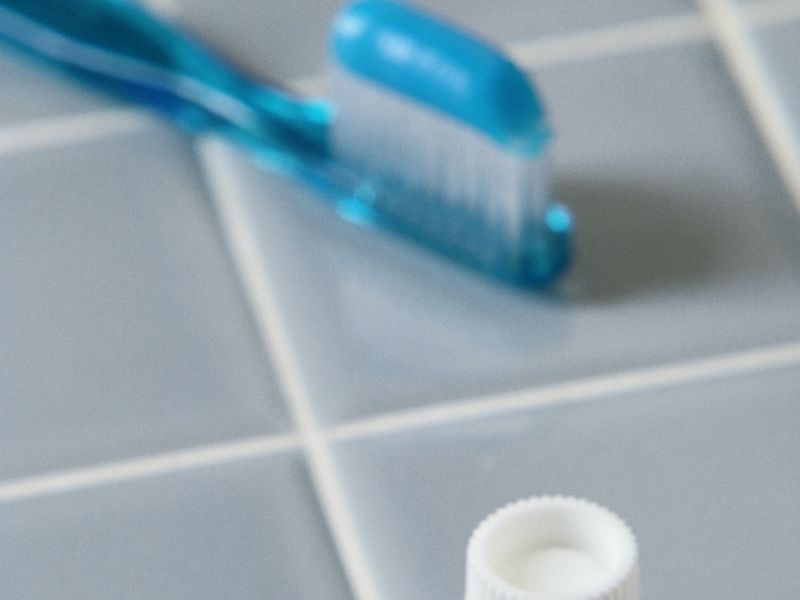 Triclosan is still allowed in toothpaste in U.S., but not soaps and wipes

This means your exposure to the chemical can continue even if you switch to a triclosan-free toothpaste, the investigators warned.

Triclosan is now banned in over-the-counter antiseptic soaps, gels and wipes in the United States. But the germ-busting ingredient is still allowed in toothpaste because it reportedly reduces gum inflammation, plaque and cavities, said researchers led by Baoshan Xing. He is a professor of environmental chemistry at the University of Massachusetts.

Prior studies have shown that triclosan can disrupt hormones in animals and humans. It also contributes to antibiotic resistance and harms marine life, the researchers said in background notes.

In this study, Xing's team simulated toothbrushing with 22 brushes and a variety of toothpastes.

More than one-third of the toothbrushes tested, including two children's varieties, accumulated amounts of triclosan equivalent to seven to 12 doses of the amount used per brushing, the study authors reported.

Toothbrushes with "polishing cups" or "cheek/tongue cleaners" -- typically made of a class of materials called elastomers -- absorbed the largest amounts of triclosan, according to the study.

When the researchers switched to triclosan-free toothpaste but used the same brushes, the chemical was continuously released from the toothbrushes for two weeks.

The study was published online Oct. 25 in the journal Environmental Science & Technology.

Besides the possibility of prolonged triclosan exposure, the study findings suggest that triclosan could find its way into the environment if tainted toothbrushes are discarded, the researchers said in a news release from the American Chemical Society.

The U.S. Food and Drug Administration banned triclosan from antiseptic washes because of possible harmful effects and because there was no proof they killed germs more effectively than soap and water. The chemical is still allowed in clothing and cookware, which don't fall under the FDA.

The U.S. Food and Drug Administration has more on triclosan.