Switching to Whole Grain Foods Could Trim Your Waistline 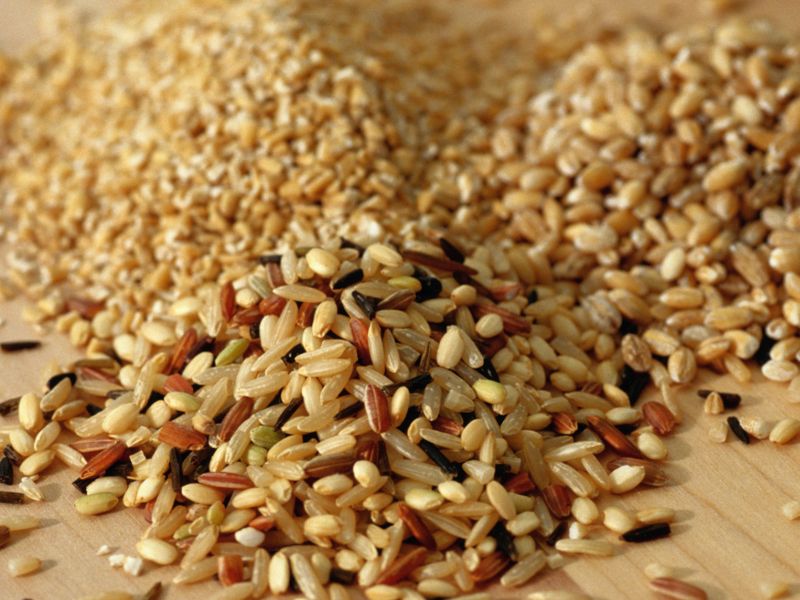 THURSDAY, Nov. 9, 2017 (HealthDay News) -- Put down that forkful of perfectly twirled white spaghetti, and grab a plate of whole grain pasta instead.

You'll feel fuller after switching out highly processed white grains for whole-grain alternatives, a new study from Denmark contends. Plus, you'll likely lose a little bit of weight and have reduced inflammation. Those changes could be helpful in preventing or improving type 2 diabetes, the researchers noted.

"Our analysis confirmed that there is a sound scientific basis for the dietary recommendation to eat whole grains. Rye seems to have the best effect," said study senior author Tine Rask Licht. She's a professor of intestinal microbial ecology at the Technical University of Denmark.

But the study also had some surprising results. Eating a diet full of whole grains didn't appear to improve insulin sensitivity, nor did it seem to change the gut's microbiome (the mix of bacteria that normally live in the intestines).

The study included 50 people who were at risk of metabolic syndrome, a condition that includes a number of risk factors for heart disease, such as high blood pressure, low HDL (good) cholesterol, high triglycerides (another blood fat), abdominal obesity and reduced insulin sensitivity. People with at least three these risk factors have metabolic syndrome, according to the American Heart Association.

The participants were between 20 and 65 years old. All were overweight or obese.

The volunteers were randomly split into two groups. One group ate a diet with only whole grain foods or grain products for eight weeks. Then, they consumed their regular diet for six weeks. And, finally, they spent another eight weeks eating a diet of refined grain products. The other group completed the study in the reverse order, beginning with the refined grains.

The volunteers had blood tests and submitted stool samples along the way so the researchers could check the DNA of their gut microbiome.

The volunteers all showed reductions in body weight and markers of systemic inflammation on the whole grain diet. Licht said she thinks whole grains help people lose a little bit of weight by filling them up and increasing satiety.

But, she added, the researchers were a bit surprised that there were no changes in the bodies' natural bacteria after the change in diet. Other studies, she noted, have also had similar results.

Samantha Heller, a registered dietician at NYU Langone Health in New York City, said the findings support other research that has found an anti-inflammatory effect and weight loss from whole grains.

She also noted that other studies have had contradictory results regarding changes in the microbiome as well as improvements in insulin sensitivity when people switch to whole grains. She said it may be that this study was too small to see those effects, or it could be the type of grain, the amount of grain or the length of the study that account for the findings.

Heller says whole grains definitely have a place in the diet. "Whole grains are healthy. Whole grains also have vitamins and minerals, but like any starchy or carbohydrate food, you have to watch your portion size," she said.

Whole grains should make up about one-quarter of your plate, Heller said, but added, "If you want to lose weight, shave that down a bit." Half your plate should be non-starchy veggies, and the remaining quarter should be a protein food, she recommended.

And beware the packaging of whole grains, she added.

The study was published Nov. 1 in the journal Gut.

Learn more about the benefits of whole grains from the American Heart Association.