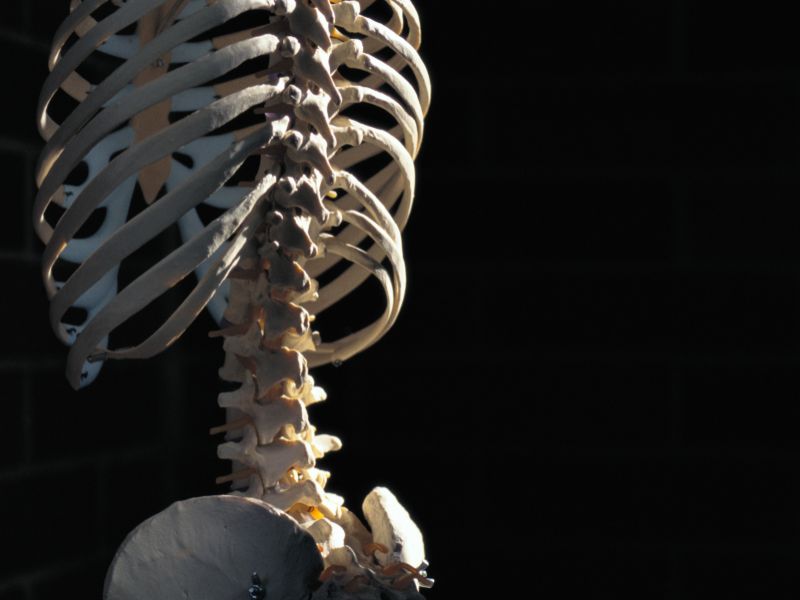 "In fact," he added, "one of the dramatic advantages of this technology is that we can perform it in a day-surgery setting, without anesthesia, and [patients] go home the same day."

Napoli's study is scheduled for presentation Wednesday at the Radiological Society of North America's annual meeting, in Chicago. Studies presented at scientific conferences typically haven't been peer-reviewed or published, and results are considered preliminary.

Also called a slipped or ruptured disc, a herniated disc occurs when the spongy material inside a spinal disc squeezes through its tough outer shell because of aging or injury. This material can press on surrounding nerves, causing pain and numbness or tingling in the legs, according to the American Academy of Orthopaedic Surgeons (AAOS).

Conservative, nonsurgical approaches typically ease symptoms of a herniated disc over time, according to the AAOS. These treatments include rest, gentle exercise, pain relievers, anti-inflammatory drugs, cold or hot compresses and physical therapy.

However, about 20 percent of those with acute low back pain don't find relief through these measures. That leads some to decide on surgery to remove disc material pressing on their spinal nerves. For these people, Napoli said, image-guided pulsed radiofrequency treatment may become a viable option if larger studies reinforce his findings.

Napoli's research included 80 people who had experienced at least three months of low back pain from a herniated disc that hadn't responded to conservative treatments.

Image-guided pulsed radiofrequency treatment uses computed tomography -- a CT scan -- to help physicians insert a needle to the location of the herniated disc and surrounding nerves. A probe that's inserted through the needle tip delivers pulsed radiofrequency energy to the area over a 10-minute period, resolving the herniation without touching the disc, Napoli explained.

More than 80 percent of the 80 study participants were pain-free a year after a single treatment. Six people required a second treatment session.

Pulsed radiofrequency has been widely used in pain medicine for other types of chronic pain, Napoli noted.

He said the treatment works by "eliminating the inflammation process" in nerves surrounding the herniated disc, hindering painful muscle contractions. "The aim was to interrupt this cycle and give the body the chance to restore a natural healing," he added.

Dr. Scott Roberts, a physiatrist with Christiana Care Health System in Wilmington, Del., said the new findings showed "an impressive drop in pain and improvement in function." However, he noted that the research didn't include a control group for comparison with people not given the treatment.

"With no control group, we don't know how much of the improvement we're seeing would have happened anyway," Roberts said. "I was very encouraged by [the study] because its results are significant, but it's far from conclusive without a control group."

The American Academy of Family Physicians has more on herniated discs.