Creativity May Rely on ‘Teamwork’ in the Brain 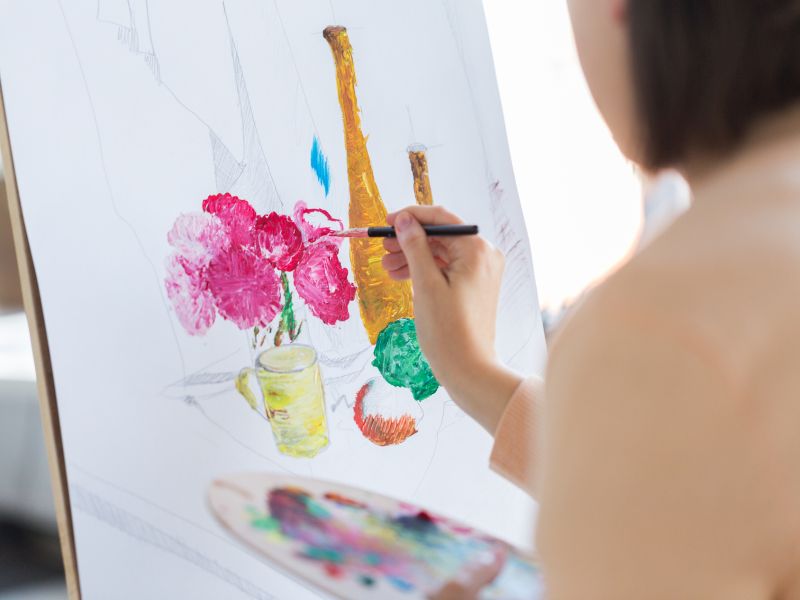 WEDNESDAY, Jan. 17, 2018 (HealthDay News) -- Scientists may have discovered what makes a creative mind tick: stronger connections among brain regions that usually work in opposition to each other.

For eons, researchers have wondered what sets the da Vincis, Shakespeares and Einsteins apart. Results from this new study offer more evidence to debunk the popular notion that creativity is a "right brain" activity.

"There's a lingering myth about the 'right brain' and 'left brain.' But creativity involves the whole brain," said Roger Beaty, a postdoctoral fellow at Harvard University who led the research.

The study, of 163 young adults, found the most creative thinkers had greater "connectivity" across three brain areas: the default mode, salience network, and executive systems.

The findings offer a clearer idea of exactly what happens in the brain during creative thinking. And it all makes sense, according to Beaty.

The default mode network, he explained, is involved in our capacity to daydream and be "unconstrained" in thinking.

The salience network jumps in to help us focus on what's deserving of further attention, and then the executive network allows us to evaluate, elaborate and revise.

Rex Jung is a clinical professor of neurosurgery at the University of New Mexico who studies the relationship between creativity and brain structure and function.

He agreed that the study shows, once again, that creativity is not the domain of the "right brain."

"It's not coming from just one place in the brain. It involves a network," said Jung, who was not involved in the study.

So are highly creative people born with stronger connections among those key brain networks? Or does being creative from an early age onward help build those connections?

"It's the classic 'chicken-or-egg' question," Jung said. But he suspects there is a combination of nature and nurture happening.

This study cannot give an answer. But, Beaty said, it's "an interesting and important one for future research."

The findings are based on 163 young adults recruited from one college and the surrounding community. The students were mostly music, art or science majors.

Creativity, Beaty noted, is not limited to the arts. Any time people see ordinary things in a different way, or try to find solutions to problems, for example, they are being creative.

For the study, the participants performed a "divergent thinking" task, which measures an aspect of creativity. Test-takers were given an ordinary object -- like a brick or a rope -- and then had a couple minutes to think of new uses for it.

Their creativity was gauged not only by the number of uses they conjured up -- but also by how original and diverse their ideas were.

The study has its limitations. It's possible, said Jung, that to some extent, the brain findings also reflect qualities other than creativity -- like the ability to remain focused.

Plus, Jung said, any creativity test that researchers use in the lab may not truly capture real-world creative abilities.

Beaty said it would be interesting to run the same experiment using various measures of creativity, not just the divergent thinking task.

Why study the brain origins of creativity at all? For one, creative thinking is a vital human function, Jung pointed out.

And in an "increasingly complex world," Jung added, human beings' creative capacity -- whatever their profession or hobbies -- is critical.

"I think we'll increasingly need our creative thinking to get us out of trouble," he said.

The findings were published online Jan. 16 in the Proceedings of the National Academy of Sciences.

The National Endowment for the Arts has more on creative thinking.