‘Hot’ Yoga Is No Better for Your Heart: Study 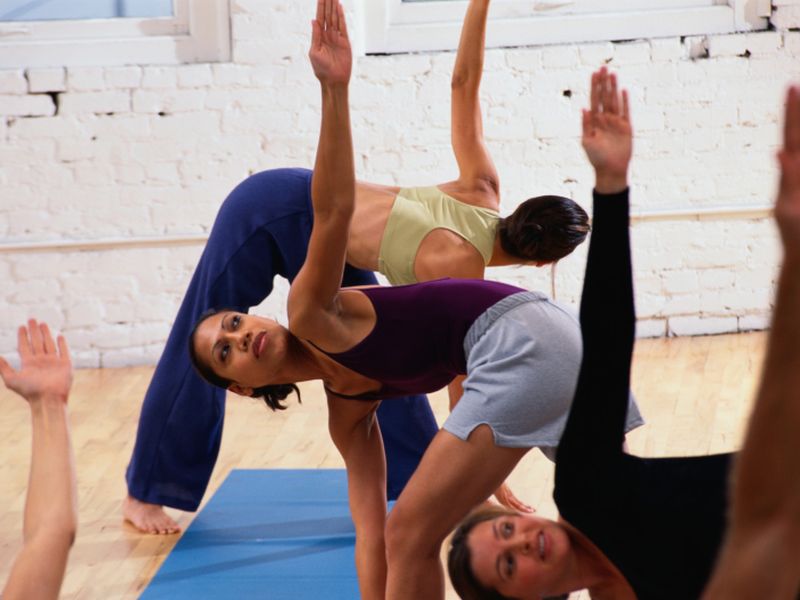 FRIDAY, Jan. 19, 2018 (HealthDay News) -- It's called "hot" yoga because it's practiced in sweltering temperatures, and some research has hinted that it might improve heart health more than traditional yoga.

But a new study suggests that adding heat to your Half Moon pose doesn't boost its cardiac benefits.

"We were surprised by the result that a non-heated practice seemed to have the same benefit on vascular health as the heated practice," admitted study author Stacy Hunter. She is an assistant professor of exercise and sports science in the department of health and human performance at Texas State University in San Marcos.

"Previous research has documented reductions in cardiovascular disease risk with sauna therapy alone," Hunter explained. "So we thought that the heated environment in Bikram [hot] yoga would cause a greater response and have more benefit."

The researchers noted that Bikram yoga has a global following, and entails running through a sequence of 26 standard yoga poses in 105-degree heat.

At issue was whether Bikram yoga invigorated a process known as vasodilation, Hunter said. Vasodilation is associated with the production of nitric oxide, which helps to ward off inflammation. As such, vigorous vasodilation may ultimately slow or delay hardening of the arteries, which is a known risk factor for heart attack or stroke.

But the question remained about whether this was sparked by the high-temperature environment of Bikram, or whether it might also happen among those performing yoga in normal temperatures.

To answer that question, the investigators focused on 52 sedentary but healthy adults aged 40 to 60.

In the end, the investigators determined that both Bikram groups achieved similar improvements in their vasodilation levels, regardless of room temperature.

The study authors also noted that some older adults become less tolerant of heat as they age, so the finding could be of interest to seniors who are drawn to the potential heart health benefits of yoga but are leery of exposure to excessive heat.

The findings were published in the Jan. 18 issue of the journal Experimental Physiology.

Dr. Gregg Fonarow, co-director of the UCLA Preventative Cardiology Program in Los Angeles, cautioned there is no solid evidence to suggest that any form of yoga offers a leg up when it comes to heart health.

"There are multiple factors that can impact vascular dilation that do not translate to reduction in cardiovascular events. [And] these findings are not sufficient evidence to reach conclusions regarding potential benefits of yoga or Bikram yoga on heart or vascular health," Fonarow said.

Bikram Yoga International did not respond to a request from HealthDay for comment.

There's more on yoga and heart health at the American Heart Association.