Surfers Swallow Lots of Seawater. So Is It Harmful? 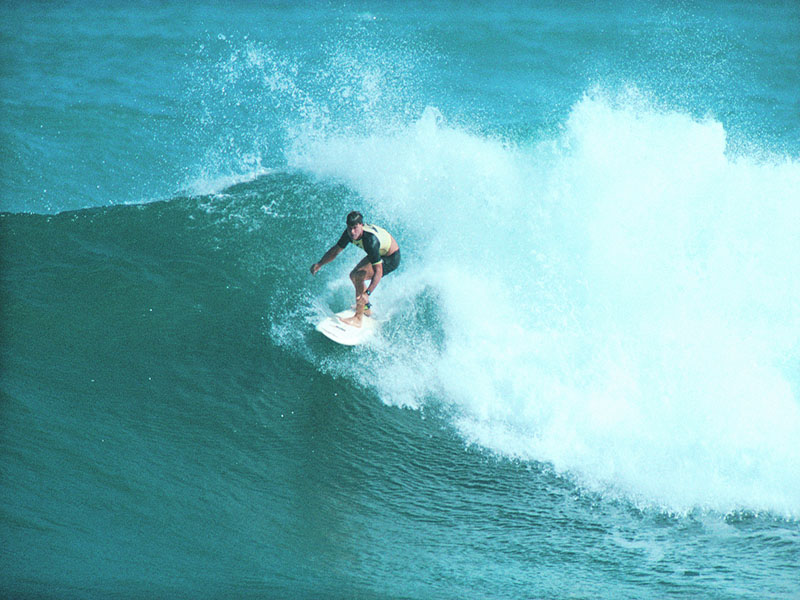 "Antimicrobial resistance has been globally recognized as one of the greatest health challenges of our time, and there is now an increasing focus on how resistance can be spread through our natural environments," said study leader Anne Leonard, from the University of Exeter Medical School.

"We urgently need to know more about how humans are exposed to these bacteria and how they colonize our guts," she said in a university news release.

The study authors said surfers swallow 10 times more seawater than swimmers. They wanted to find out if that made the wave riders more vulnerable to bacteria that pollute seawater, and whether those bacteria are resistant to antibiotics.

The researchers tested 173 people. Half regularly surf the British coastline.

Tests showed that 9 percent of 143 regular surfers and bodyboarders had antibiotic-resistant E. coli in their guts, compared with 3 percent of 130 non-surfers.

Specifically, the E. coli was resistant to cefotaxime (Claforan), a commonly used and important antibiotic.

Regular surfers were also four times more likely than non-surfers to have bacteria with "mobile genes" that make bacteria resistant to cefotaxime. These genes can be passed between bacteria, potentially spreading antibiotic resistance, the researchers said.

"We are not seeking to discourage people from spending time in the sea, an activity which has a lot of benefits in terms of exercise, well-being and connecting with nature," Gaze said. But, "it is important that people understand the risks involved so that they can make informed decisions about their bathing and sporting habits."

Whether the results would apply to waters outside Britain isn't known.

Gaze said he hopes the results "will help policy-makers, beach managers and water companies to make evidence-based decisions to improve water quality even further for the benefit of public health."

The study was published this month in the journal Environment International.

The U.S. Centers for Disease Control and Prevention has more on antibiotic resistance.