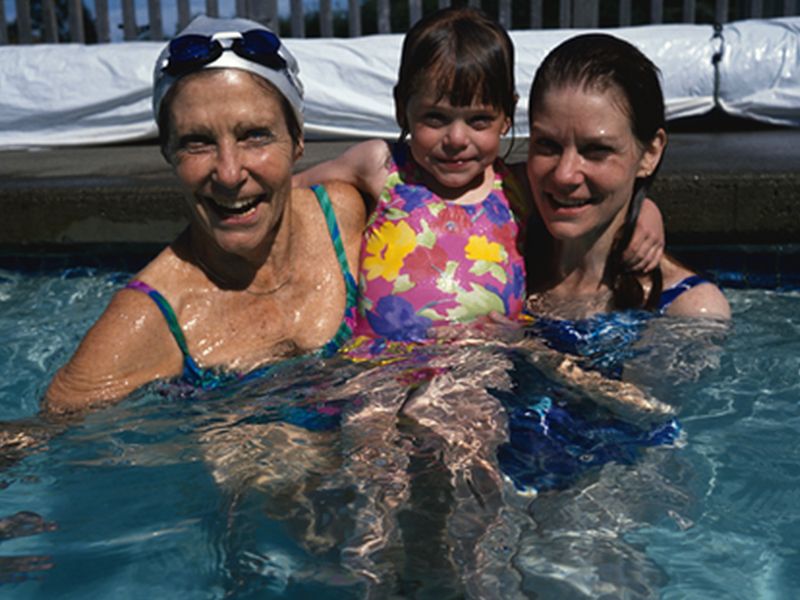 Reports of so-called dry drowning have made headlines, and just this week the family of 4-year-old Elianna Grace of Sarasota, Fla., sounded the alarm that she had almost died from the condition.

According to CBS News, Elianna's mother, Lacey Grace, said her daughter accidentally inhaled swimming pool water into her lungs. After vomiting, Elianna appeared normal, but then two days later developed a fever and was taken to an emergency room.

Elianna was diagnosed with aspiration pneumonia -- called "dry drowning" by some -- which is a lung infection that can develop if people inhale water into the lungs. The preschooler is now out of the hospital and recovering at home.

However, while these incidents can occur, they are rare, stressed the American College of Emergency Physicians (ACEP) in a news release. The group said parents should not be worried about their children's risk of the condition.

The group also believes the term "dry drowning" is misleading.

"Swimming is not without some risk. You could develop pneumonia or other infections from inhaling water, for example. But there are no cases of completely normal healthy children who suddenly die because they went swimming days earlier," ACEP President Dr. Paul Kivela said in the news release.

"If water gets in your airway or lungs, symptoms show very quickly, they do not emerge out of the blue days later," Kivela added. "The concept of 'dry drowning' is a misnomer and a myth, let's stop using the term and avoid causing undue alarm."

Also, he said, there are no medically recognized conditions known as "near-drowning," "dry drowning," or "secondary drowning." Those terms are often used instead of the proper term, drowning, which is a process with effects that can range from mild to severe with fatal and nonfatal outcomes, Kivela explained.

And of course, "if a child has breathing problems at any time, a parent should take him or her to the emergency department," Kivela said.

Nonfatal drowning injuries can cause long-term disabilities or brain damage. Every day, there are about 10 drowning deaths in the United States, according to the U.S. Centers for Disease Control and Prevention.

In the meantime, simple precautions can help prevent drowning deaths, the ACEP said. These include teaching kids to swim, supervising kids around water, learning CPR, and encouraging the use of life jackets.