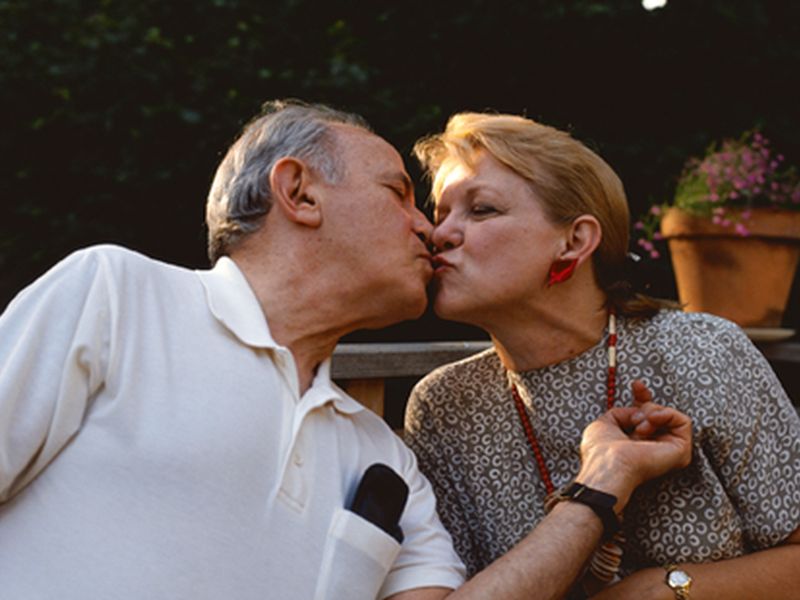 THURSDAY, May 3, 2018 (HealthDay News) -- If you think seniors abandon their sex lives as the physical woes of aging descend upon them, a new survey suggests otherwise.

Even more couples -- 61 percent -- say that sex matters for their quality of life. Luckily, 73 percent of those aged 65 to 80 are satisfied with their sex lives.

To older folks, those numbers might not sound so surprising, said Erica Solway, co-associate director of the university's National Poll on Healthy Aging, published May 3. But, she added, the results might be eye-opening to younger people who think aging spells the end of romance.

"Sex is still an important part of many older adults' lives," said Solway.

In fact, sex can sometimes get better with age, said psychologist Rachel Needle, of the Center for Marital and Sexual Health of South Florida, in West Palm Beach.

For one, she said, women past menopause do not have to worry about pregnancy anymore.

And with age, Needle said, some people feel "more comfortable in their own bodies" and more confident in asking for what they need sexually.

Of course, people vary. In the poll, some seniors were more interested in sex, or were more active, than others.

In general, men beat women on both fronts: Half of men said they were "very" or "extremely" interested in sex, versus 12 percent of women. Just over half of men were sexually active, compared with 31 percent of women, the survey found.

That might be, in part, because men were more likely to have a partner, Solway said. Whereas 73 percent of men were in a relationship, only 60 percent of women were.

That's not surprising, Solway said. But, it's still not clear how often older adults' health problems prevented them from being sexually active.

It's possible that people were using medications that have sexual side effects, and sometimes the health condition itself might have hindered sex, she suggested.

Needle also pointed out that after menopause and its accompanying decline in estrogen, some women have pain during sex. In those cases, water-based lubricants, or possibly hormone therapy, could help, she said.

Even if older adults are no longer having sex, that does not have to mean an end to intimacy, Needle stressed.

"One myth to put aside," she said, "is that 'sex' equals 'intercourse.' Physical intimacy includes more than just sex. Touch is important."

Solway agreed and said that just because some older couples have stopped having sex, that does not mean something is "wrong." If both partners are happy and they have other ways of connecting, that is what matters, she said.

When it came to sexual health, only 17 percent of survey respondents said they had talked to a health provider about the subject in the past two years.

It's not clear what to make of that figure, according to Solway, since the poll did not ask people about sexual dysfunction. But, she said, most people who had spoken to their doctor had brought the topic up themselves -- which suggests doctors are not asking.

Past research has borne that out, according to Lawrence Siegel, director of education at the Sage Institute for Family Development, in Florida.

Most older adults do not feel comfortable talking about sexual issues with their doctor, he said -- often because they're worried they will embarrass the doctor.

Doctors, in turn, are also uncomfortable, Siegel said, with very few having specific training in that area.

Doctors' silence, Siegel said, can send older adults a "distinct message" that sexual health is not something they want to discuss.

He encouraged older adults to speak up if they have concerns.

"It's part of [a doctor's] job to answer our questions and address our concerns," Siegel said. "If one has a question or concern, no matter how embarrassing or trivial you think it might be, ask."

The U.S. National Institute on Aging has more on sex later in life.