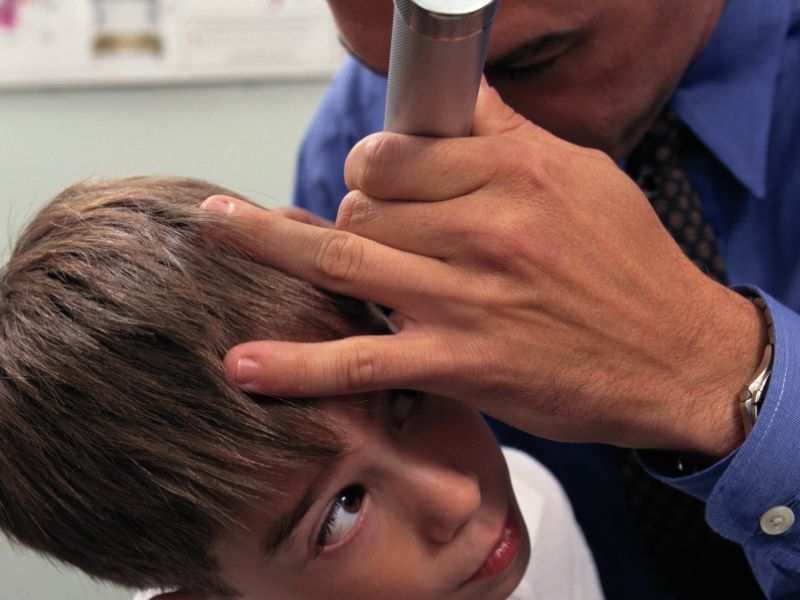 MONDAY, May 7, 2018 (HealthDay News) -- Clouds of pot and cigarette smoke in a home make it more likely a young child will visit the emergency room or have an ear infection, researchers say.

Secondhand smoke from marijuana and tobacco increases a kid's odds of going to the ER, according to preliminary findings from a Colorado study.

"Those kids have an average of two-and-a-half ER visits in the prior year, whereas kids who were not exposed at all had an average of two visits per year," said lead researcher Dr. Adam Johnson. He's an assistant professor of emergency medicine at Wake Forest School of Medicine in Winston-Salem, N.C.

Kids exposed to the combination of cigarette and pot smoke in a home were also 80 percent more likely to develop ear infections, Johnson and his colleagues found.

Homes where people use both pot and tobacco are likely to have larger amounts of secondhand smoke, Johnson explained.

"Very similar compounds are being released in marijuana smoke as in tobacco smoke," he said. "You would theorize the same kind of chemicals the kids are breathing in to cause diseases from tobacco smoke should be very similar with marijuana."

Secondhand tobacco smoke has been linked to a number of health problems in children, including upper respiratory infections, ear infections and asthma, Johnson said.

"I think there's this perception that marijuana smoke and marijuana use in general is not as harmful as tobacco," Johnson continued. "I don't know where that came from."

For this study, researchers surveyed 1,500 parents and caregivers who took their children to the emergency room at Children's Hospital Colorado, in Aurora. The kids' average age was 4 years, and the average age of the parent was 32.

Kids were about 24 percent more likely to have visited an emergency room within the past year if they lived in a home where people smoked both pot and tobacco, the findings showed.

Those kids also had nearly double the rate of ear infections for the past year, the researcher said.

However, the investigators found no statistically significant correlation between either tobacco or pot smoking individually and the risk of ER visits or ear infections.

Dr. Norman Edelman, senior scientific advisor to the American Lung Association, said that that finding is "a little disappointing because there's lots of data to show that kids who live with parents who just smoke cigarettes have an increased number of ear infections. I don't know why they didn't find that."

At the same time, it makes sense that homes where both pot and tobacco are smoked would pose a worse health risk for kids, Edelman continued.

"It tells us the more bad stuff kids are exposed to, the more likely they are to get ear infections," Edelman said. "But I don't want the public to think it's OK to smoke cigarettes, your kids won't get ear infections, because the bulk of existing data contradict that."

Johnson said the researchers will continue to track the health of some of these kids for the next year to gather more data about the risks of secondhand smoke.

"I think it's going to get more and more prevalent as more states across the country start legalizing [marijuana], because it's a big business, and there's a lot of push to legalize recreational marijuana use," Johnson said.

The study findings were presented Saturday at the Pediatric Academic Societies annual meeting in Toronto. Research and conclusions presented at meetings should be considered preliminary if they haven't been published in a peer-reviewed medical journal.

The American Lung Association has more about marijuana and lung health.