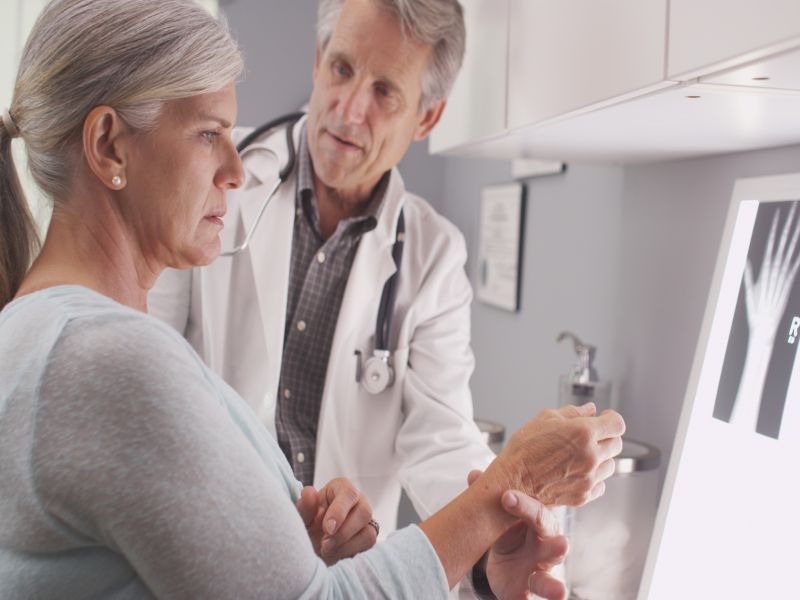 FRIDAY, May 11, 2018 (HealthDay News) -- Osteoporosis patients who take "holidays" from bisphosphonate drugs are at increased risk for fractures, a new study finds.

A six-year follow-up of patients who took a break from the bone-building drugs found 15 percent of them suffered fractures, according to researchers at Loyola University in Maywood, Ill.

"Fracture risk needs to be regularly assessed during the drug holiday and treatment resumed accordingly," said Dr. Pauline Camacho and her colleagues.

Bisphosphonates, such as alendronate (Fosamax) and risedronate (Actonel), are the most widely prescribed osteoporosis drugs. They are designed to slow or prevent bone loss.

But patients who take these drugs for long periods are typically told to take temporary breaks to prevent rare but serious side effects to the jaw and thighs.

However, there is little data on how long these breaks should last, the researchers explained.

To shed light on the issue, they examined the medical records of patients (371 women, 30 men) with osteoporosis or osteopenia (weak bones but not osteoporosis). Patients took bisphosphonates for an average of 6.3 years before beginning breaks from the drugs.

Over six years, 15.4 percent of the patients suffered fractures after going on their drug holiday. The most common fracture sites were the wrist, foot, ribs and spine. However, foot fractures are not currently considered osteoporosis-related fractures, the researchers noted.

The patients most likely to suffer fractures were older and had lower bone mineral density at the beginning of the study. Patients who suffered fractures were put back on bisphosphonates.

The yearly incidence of fractures ranged from about 4 percent to almost 10 percent, with most occurring during the fourth and fifth years.

"Patients who begin drug holidays at high risk for fracture based on bone mineral density, age or other clinical risk factors warrant close follow-up during the holiday, especially as its duration lengthens," the researchers said in a university news release.

The study was published recently in Endocrine Practice.

The U.S. National Institute of Arthritis and Musculoskeletal and Skin Diseases has more on osteoporosis.