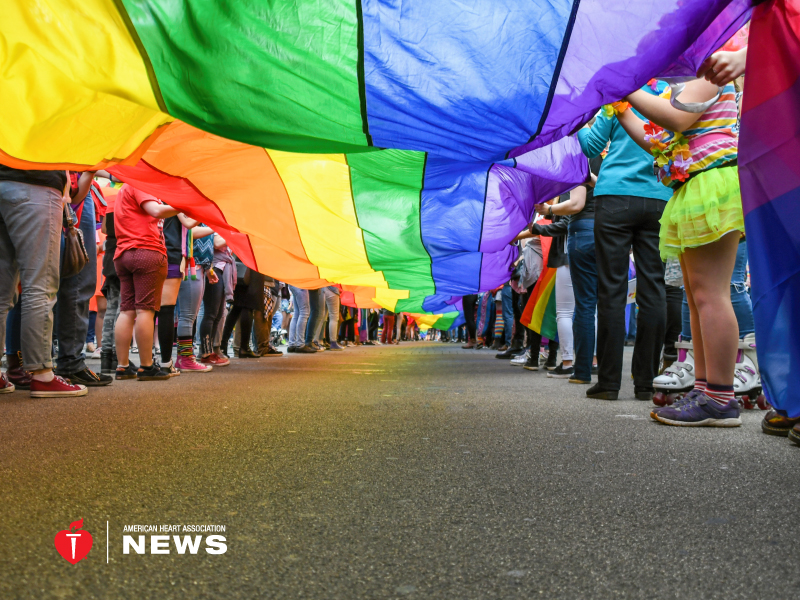 TUESDAY, June 26, 2018 (American Heart Association) -- LGBT people of all ages have experienced health inequalities, but researchers have begun to delve into the consequences of a lifetime of that inequity -- and what happens to their health as they grow older.

LGBT people face health disparities due to stigma, discrimination and violence, according to the Centers for Disease Control and Prevention study Healthy People 2020. But those problems spike as lesbian, gay, bisexual and transgender people age, said Fredriksen Goldsen, a researcher behind the ongoing Aging with Pride: National Health, Aging, and Sexuality/Gender Study. It's a federally funded project following 2,450 LGBT adults from age 50 to over 100.

"We've found a constellation of high-risk factors, including a history of victimization and not getting access to the services they need," said Fredriksen Goldsen, professor and director of the University of Washington's Healthy Generations Hartford Center of Excellence.

"Not everyone is experiencing poor health -- in fact, most are doing very well," she said. "But we wanted to understand the poor health outcomes in this community."

According to the report, about 2.7 million U.S. adults 50 and older identify as LGBT, including 1.1 million age 65 and older. Those numbers are expected to nearly double by 2060.

About 13 percent of LGBT older adults reported being denied health care or given poor care because of their sexual or gender identities. Among transgender participants, that number jumped to 40 percent.

"So many people have been denied care or received inferior care that they've become more hesitant now to obtain care," Fredriksen Golden said.

Older LGBT adults are more likely than heterosexuals to smoke, drink excessively and report depression, according to the study.

And disparities exist even among subgroups within the LGBT community, with some struggling with their health more than others:

"People in rural areas are more dependent on the luck of the draw," said Lisa Krinsky, director of the LGBT Aging Project at Fenway Health, a Boston-based health care, research and advocacy center.

Some LGBT residents in smaller New England towns regularly band together and make road trips to Boston for medical appointments.

"That's a creative, resilient solution, but I'm concerned about what happens when people age and can no longer do the car ride. What happens when they become less mobile and lose their social connections?" Krinsky said, citing a study that reported social isolation can be as damaging to your health as smoking 15 cigarettes a day. She said Fenway Health recently launched a pilot program to use video-conferencing to reduce social isolation among older LGBT adults.

Another ongoing health issue for older LGBT adults is HIV. Thanks to the success of antiretroviral drugs, people with the disease are living longer, and those 50 and older make up 45 percent of all Americans living with diagnosed HIV, according to the CDC.

"That's a data point that doesn't get much attention," Krinsky said. "We think of it still as a young person's disease."

Yet as HIV patients age, health disparities continue. A recent study reported that those with HIV have about a 50 percent to 100 percent higher risk of heart attack or stroke compared with people who are negative for HIV, partly because doctors were less likely to prescribe them cholesterol-lowering drugs or aspirin.

Statistics like that underscore the unique health roadblocks facing older LGBT adults -- including Baby Boomers, a group that's been more open about their identity than older generations, Krinsky said.

"Boomers don't want to have to go back into the closet to receive health care," she said. "But if they perceive themselves as being in an unsafe place, they may have to go back."

Fredriksen Goldsen said the Aging with Pride study has been expanded to explore dementia and other issues. The ongoing study has a high retention rate -- 96 percent of the original participants are still in the study five years later -- which gives her hope for the future.

"People are very interested in learning how to improve health in the community," she said. "They really want to reduce disparities and create better health opportunities for the next generation."