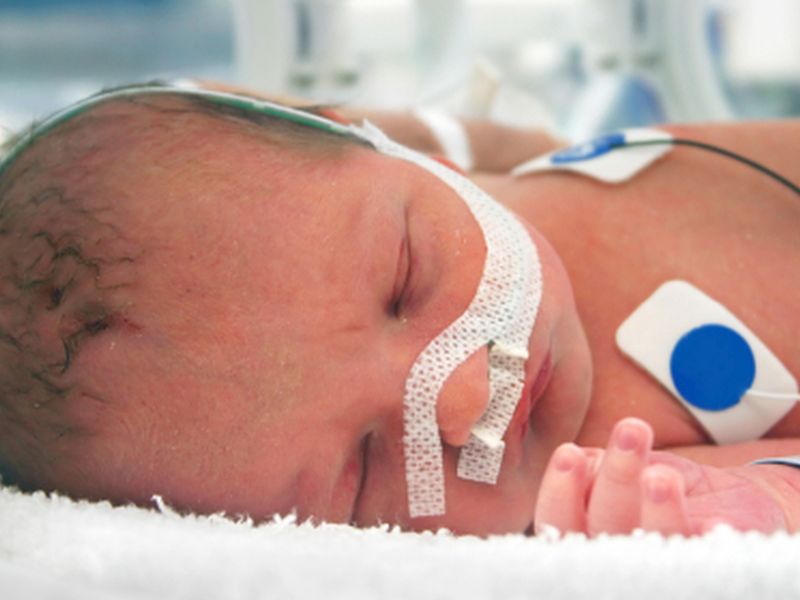 "We've been seeing increases in syphilis among women of reproductive age, and it's not surprising that we are seeing increases among pregnant women," said lead researcher Dr. Gail Bolan, director of the Division of STD Prevention at the U.S. Centers for Disease Control and Prevention.

There's no simple answer as to why these increases are occurring, she added. Syphilis has long been associated with poverty, drug addiction, homelessness and incarceration, Bolan said.

In addition, where the health care system isn't trusted, syphilis increases, she noted.

"It is these socioeconomic factors, where the fabric of our society is really fraying, and the women who are having babies with syphilis are really on the edge," Bolan said.

The increase in infants with the disease echoes the increase in syphilis cases among women of childbearing age, the agency says. And syphilis is outpacing the increase of other sexually transmitted diseases in the country, the report found. The findings were published Sept. 25 in the CDC's Sexually Transmitted Disease Surveillance Report.

Most women who give birth to babies infected with syphilis haven't received prenatal care, Bolan said. The law requires that all women be tested for syphilis at their first prenatal exam, she explained.

Bolan also said that women at high risk for syphilis should be retested in the third trimester. When the disease is caught early, a simple shot of penicillin can cure both the mother and fetus, she said.

Left untreated, an infected woman has an 80 percent chance of passing the infection to her infant, the CDC says. When a child is born with syphilis, it can be cured, but the risk of damage to organs that can lead to deafness and delayed development is already underway, Bolan said.

The CDC says that 1 in 3 women who had a baby with syphilis in 2016 was tested during pregnancy, but either got syphilis after that test or wasn't treated in time to cure the infection in the unborn baby.

This is why the CDC wants women to be tested early in pregnancy, and women at high risk for the infection to be retested during their pregnancy. This includes women living in areas where syphilis is prevalent.

In 2017, 64 babies infected with syphilis were stillborn, "... and we believe that might be an underestimate," Bolan said. Infected babies can also die in the months after delivery, she added.

Sexually active women can lower their risk of getting syphilis by staying in long-term monogamous relationships with someone who's been tested for the disease and using condoms every time they have sex, the CDC advises.

One sexual health expert noted that syphilis isn't the only STD that is seeing a resurgence.

"The jump in congenital syphilis follows a general trend of an increase in reportable STDs," said Fred Wyand, director of communications at the American Sexual Health Association.

Last month, the CDC released a report that found increases in rates of syphilis, gonorrhea and chlamydia. Syphilis rates were up 76 percent between 2013 and 2017, he said.

Part of the reason for the increase is that the STD prevention infrastructure continues to erode, Wyand said. "Public health is constantly asked to do more education, treatment and surveillance, to name a few critical tasks, but with fewer resources, and we're seeing the predictable consequences of that."

Young people are hit especially hard and account for nearly half of all new STD cases, so naturally this affects women of childbearing age, Wyand explained.

"It's crucial that screening guidelines are followed and that pregnant women are tested for syphilis and other STDs very early in pregnancy," he said. "We need to do a better job of educating providers and patients about the necessity of screening for these infections at the first prenatal visit."

"Newborns are now paying the price for our nation's growing STD crisis. That we have any cases of syphilis among newborns, let alone an increasing number, is a failure of the health care system," Harvey said in a statement. "It is also a symptom of the larger STD crisis in the U.S. and a sign of a public health system in urgent need of support.

"When a baby gets syphilis, it means the system has failed that mother repeatedly, both before and during her pregnancy," Harvey added. "If STD prevention programs had anywhere near the support they need and women were getting quality preventative and prenatal care, no new mom would ever have to cope with this devastating diagnosis."

Visit the U.S. Centers for Disease Control and Prevention for more on syphilis.