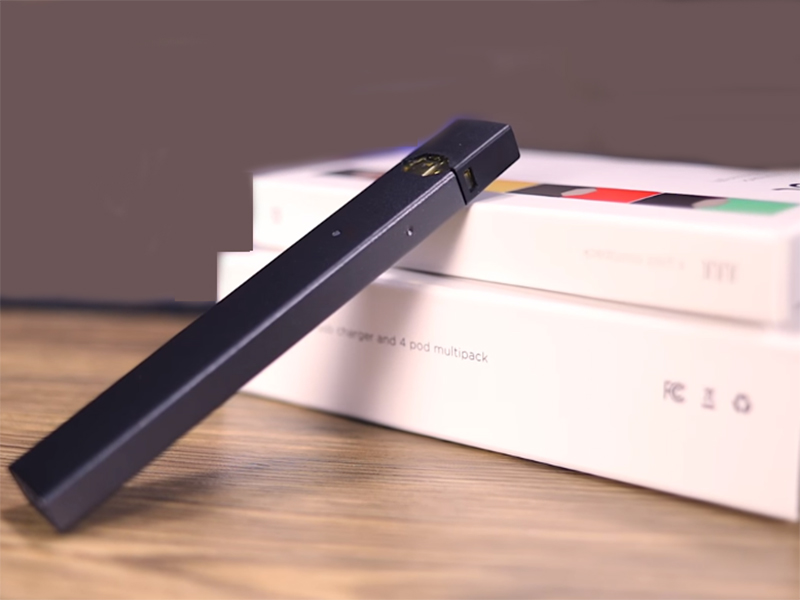 The slim devices are especially popular among youth, and in recent months the Food and Drug Administration has taken steps to curb their use.

The devices, which are shaped like USB flash drives, had the largest share of the e-cigarette market in the United States as of December 2017, accounting for nearly 1 in 3 e-cigarettes sold nationwide.

Juul also has among the highest nicotine content of any e-cigarette sold in the United States, according to the researchers.

The CDC noted that nicotine is highly addictive and can harm brain development in teens and young adults.

The FDA has recently taken measures to reduce illegal sales of e-cigarettes to youth. It sent more than 1,300 warning letters to retailers who illegally sold Juul and other e-cigarette products to minors.

The FDA has also requested information from Juul and several other e-cigarette makers about their marketing, youth appeal and product design, including details on their plans to reduce youth use of their products.

"There are no redeeming benefits of e-cigarettes for young people," Corinne Graffunder, director of the CDC's Office on Smoking and Health, said in an agency news release. "The use of certain USB-shaped e-cigarettes is especially dangerous among youth because these products contain extremely high levels of nicotine, which can harm the developing adolescent brain."

The CDC findings were published Oct. 2 in the Journal of the American Medical Association.

"The popularity of Juul among kids threatens our progress in reducing youth e-cigarette use," said CDC Director Dr. Robert Redfield. "We are alarmed that these new high-nicotine-content e-cigarettes, marketed and sold in kid-friendly flavors, are so appealing to our nation's young people."

But Juul issued a statement defending its product on Tuesday.

"Juul Labs is focused on its mission to improve the lives of the world's 1 billion adult smokers," the company said in its statement. "When adult smokers find a satisfying alternative to cigarettes, they tell other adult smokers. Juul Labs has helped more than 1 million Americans switch from cigarettes."

Meanwhile, other companies have also started making e-cigarettes that resemble Juul in design.

The CDC study included e-cigarette purchases from regular retail stores. It did not include sales through the internet or from "vape shops," so the sales numbers may be underestimated, the CDC said.