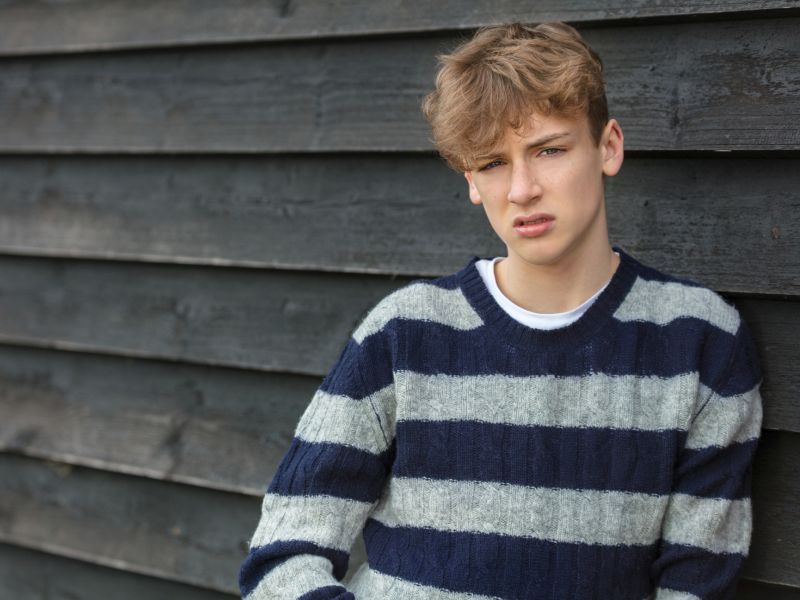 THURSDAY, Nov. 15, 2018 (HealthDay News) -- The new movie "Boy Erased"-- about a gay teen's ordeal when forced to attend a "conversion therapy" program -- is shining a spotlight on a treatment deemed bogus and harmful by most experts.

The first-of-its-kind study, which surveyed white and Latino young adults identifying as lesbian, gay, bisexual or transgender (LGBT), indicated more than half of them experienced efforts to change their sexual orientation during adolescence.

Also notable: Rates of depression and suicide attempts more than doubled for LGBT young people whose parents tried to change their orientation, compared to peers who reported no conversion efforts.

"I wasn't surprised there was a negative impact. What was really important in this study is that most people don't realize [sexual orientation] change efforts start at home and often when children are young," said study author Caitlin Ryan. She's director of the Family Acceptance Project, a research, intervention, education and policy effort at San Francisco State University to promote health among LGBT youth.

"We found that when efforts to change a young person's identity occurred in adolescence, it had an impact that followed them into young adulthood," Ryan said. "Two things that were surprising to see was that negative impact included limiting their income as a young adult and restricting their educational attainment."

Licensed therapists and other mental health practitioners are outlawed from practicing gay conversion therapy in 14 states, Ryan noted. But that still leaves most states allowing the practice, as well as unlicensed or sham practitioners who to try to change LGBT individuals' sexual orientation. Clergy, religious leaders and parents are often complicit.

In "Boy Erased," a true story adapted for film starring Nicole Kidman and Russell Crowe, a teenage boy is signed up for gay conversion therapy after coming out to his parents. The program proves traumatic for the boy and threatens to tear the family apart.

More than half of LGBT teens report conversion efforts

Among the 245 LGBT young adults (aged 21 to 25) surveyed by Ryan and her colleagues, 53 percent reported efforts to change their sexual orientation during adolescence. Of those, 21 percent said parents or caregivers at home tried to change their orientation, while 32 percent said parents, therapists and religious leaders had tried to convert them.

"We hope people use our findings to educate and guide families, providers and religious leaders to help understand these behaviors are wrong," Ryan said. "Whether a licensed practitioner or anyone tries to change a child's identity, it really undermines their sense of self-worth and self-esteem at a very basic level. As we see in this study, it also contributes to serious health risks and undermines their ability to care for themselves as a young adult."

Suicide attempts among those surveyed nearly tripled for those who reported both home-based efforts to change their sexual orientation by parents and intervention efforts by therapists and religious leaders. Levels of depression also more than tripled among this group.

LGBT adolescents from highly religious families and lower-income families were most likely to experience both home-based and outside conversion attempts, the study found. Meanwhile, those who were gender-nonconforming or from immigrant families had higher odds of experiencing external conversion efforts begun by parents and caregivers.

Other experts in the field said the findings weren't surprising. But the results should help spur legislative action and greater education efforts, they said.

"Unfortunately, studies have always shown the harms and dangers of conversion therapy, and this study sheds new light on the most recent data," said Xavier Persad, senior legislative counsel at the Human Rights Campaign in Washington, D.C. "These findings underscore the importance of protecting youth … from conversion therapy."

Laws against conversion therapy need to be stronger

Major medical and psychological associations have all condemned conversion therapy, Persad noted. But lawmakers need to beef up laws banning the practice, he said.

"I think it's incredibly important that state legislators put the health, safety and well-being of the next generation first and foremost in the next legislative session," Persad said. "In the midst of a government seeking to roll back hard-won protections, it's even more consequential and vital that state and local legislators show their support for LGBT people and stop exposure to this harmful and discredited practice."

Dr. Justin Glasgow is a physician-researcher with the Value Institute at Christiana Care Health System in Wilmington, Del., and specializes in LGBT-focused research interests. He noted that it's challenging to change the minds of those who cling to dated beliefs regarding the effectiveness of conversion therapy, and education efforts are vital.

Glasgow suggested that LGBT youth and their parents reach out to national organizations such as PFLAG, which seeks to unite families and allies of the LGBT community.

"Anybody in the field knows the stresses associated with LGBT [experiences]," Glasgow said. "How do you tease apart what contributes to all the stress and depression? Certainly there's going to be a tie between that and your family … telling you you're wrong and need to be converted."

The study was published recently in the Journal of Homosexuality.