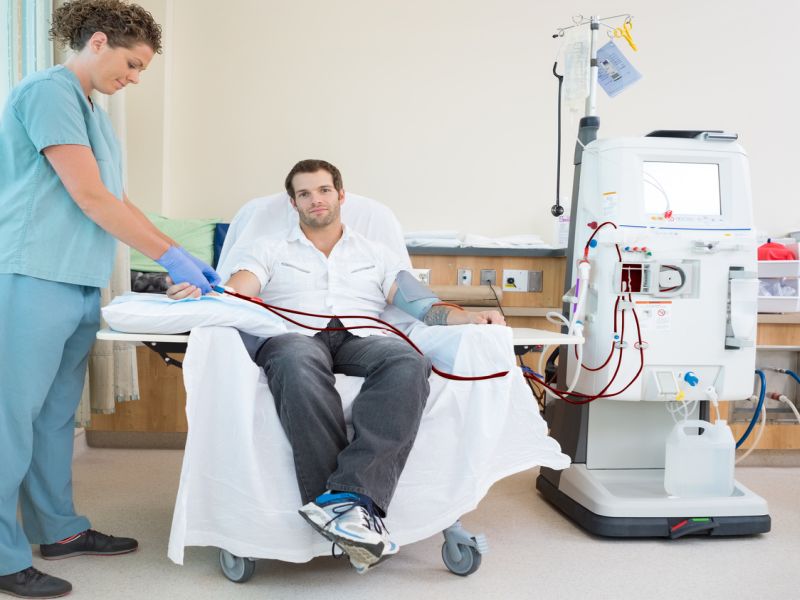 MONDAY, Dec. 10, 2018 (HealthDay News) -- Chronic kidney disease is more likely to progress to kidney failure and death in men than in women, a new study reveals.

"We found that women had 17 percent lower risk of experiencing [kidney failure] and the risk of death was 31 percent lower in women than in men," said study author Dr. Ana Ricardo. She's an associate professor of medicine at the University of Illinois at Chicago.

More than 26 million people in the United States have chronic kidney disease, which causes a gradual loss of kidney function. In some patients, it can lead to kidney failure and the need for dialysis or a kidney transplant.

The study included nearly 4,000 chronic kidney disease patients. After a median follow-up of seven years, the rate of kidney failure was 3.8 per 100 people in men and 3.1 per 100 in women. Rates of death were 3.6 and 2.6, respectively.

"The results of this study suggest that biology and psychosocial factors may be the driver of the sex-related disparity observed in patients with chronic kidney disease," Ricardo suggested.

She added that she hopes the report might boost awareness among patients and their care providers of the higher risk of kidney failure and related deaths among men.

The study was published in the December issue of the Journal of the American Society of Nephrology.

The National Kidney Foundation has more on kidney disease.