Life in Space May Take Toll on Spinal Muscles 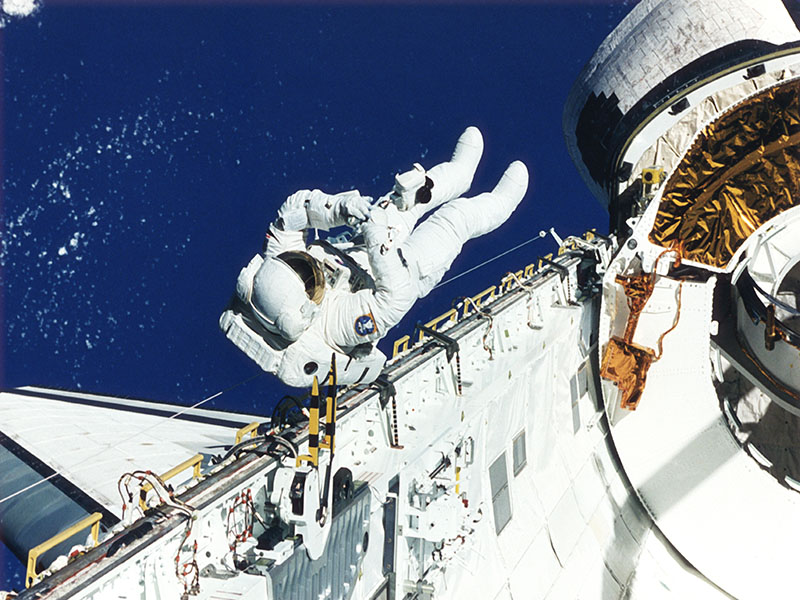 TUESDAY, Jan. 15, 2019 (HealthDay News) -- Astronauts tend to complain of back pain after returning to Earth. Now, researchers think they can explain that discomfort.

Long stays in space can cause spinal muscles to shrink and become more fatty, they found.

In some of those muscles, increased fat levels last for years, said study author Katelyn Burkhart, of Massachusetts Institute of Technology, and her colleagues.

Besides low back pain during and immediately after space missions, astronauts appear to be at increased risk of spinal disc herniation, the researchers report in the Feb. 1 issue of Spine.

"As NASA plans for future missions to Mars and beyond, these results can be used to guide future countermeasures," Burkhart's team said in a journal news release.

The researchers analyzed CT scans of the lower spine in 17 astronauts and cosmonauts who served on the International Space Station for an average of six months.

They assessed the paraspinal muscles, which run up and down the spine and control spinal movement and posture. Previous research has suggested that these muscles shrink after long stretches in space due to the lack of gravity.

The scans showed that the astronauts' paraspinal muscles were nearly 5 to 9 percent smaller after their time on the space station. But all muscles returned to normal size within a year.

The scans also revealed increases in the amount of fatty tissue in the muscles, with a roughly 6 to 9 percent corresponding decrease in muscle density. Fat content in two muscles remained higher than normal even two to four years after returning to Earth.

Those two muscles -- the quadratus lumborum and psoas muscles -- run alongside the spine and connect the spinal column to the pelvis. Muscles behind the spine regained normal density, according to the study.

In some cases, changes in muscle size were at least partly linked with the amount and type of exercise performed in space, either resistance exercise or cycling.

However, exercise while in space did not seem to affect changes in muscle density, according to the study.

NASA has more on the human body in space.