Women’s Brains May Be More ‘Age-Resistant’ Than Men’s 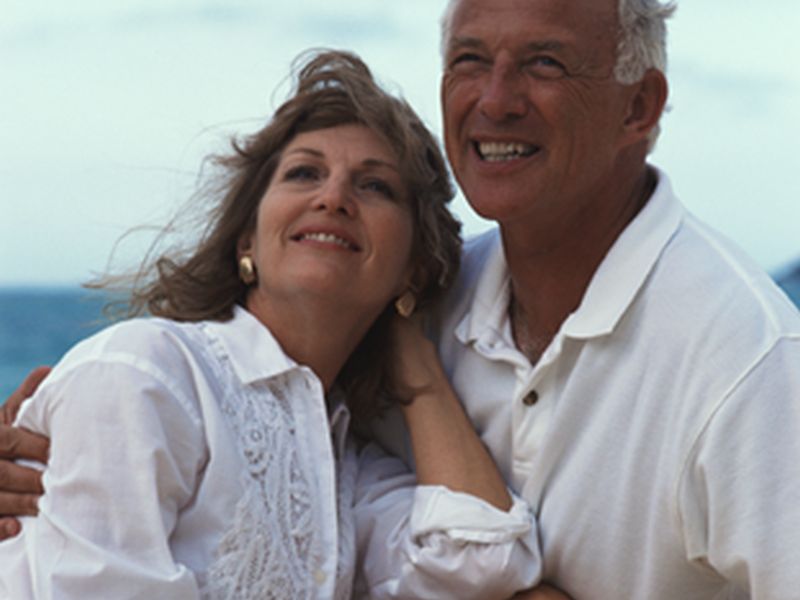 It turns out that female brains tend to age more slowly, researchers report.

On average, women's brains appear to be about three years younger than those of men at the same chronological age. This could provide one clue to why women tend to stay mentally sharp longer than men, the authors noted.

"Women tend to score better on cognitive tests than men as they age," said lead researcher Dr. Manu Goyal, an assistant professor at the Mallinckrodt Institute of Radiology at Washington University School of Medicine in St. Louis. "It's possible the finding we're seeing helps to explain some of that."

Scientists have observed that people's brains change both in structure and function as they grow older.

One change involves the way the brain uses sugar and oxygen to fuel its efforts, Goyal said.

"The brain really relies on glucose and oxygen to meet its metabolic needs, and it's a very large consumer of those resources," Goyal said. "How it uses glucose and oxygen, and in what parts of the brain it uses the most, changes as people typically age."

Goyal and his colleagues initially set out to see if a computer program could use this brain metabolism pattern to predict someone's age. The program did pretty well, but it made some mistakes, so the research team set about accounting for those errors.

The researchers recruited 205 people aged 20 to 82 to undergo brain imaging scans that measured the flow of oxygen and sugar within their brains. That data was then fed into the computer program.

"One of the things we looked at was women versus men. When we started looking at that, we were pleasantly surprised that when the machine was trying to age a woman compared to a man, it consistently aged the woman to be a little bit younger than the man," Goyal said.

"On average, it found that women appeared to be younger than men in terms of their metabolic brain age, in terms of what their brain metabolism pattern looked like," he said.

Researchers then tried using a female benchmark set with women's ages and brain metabolism. Similarly, the algorithm judged men's brains to be an average 2.4 years older than their actual age.

The relative youthfulness of female brains was detectable even when comparing men and women in their 20s, the researchers said.

The researchers suspect that women gain this advantage during puberty, Goyal said.

"As females and males go through puberty, how their brain changes is very different," Goyal said. "Males, their blood flow to the brain decreases quite a bit as they go through puberty. In women, it doesn't decrease as much. In fact, it might go down and then come back up again. Differences in how a female's and a male's brain develops across puberty sets the stage for how they're going to age subsequently."

However, Goyal noted that these effects are relatively small, and at this point can't be used to directly explain different changes in mental acuity that occur during aging.

"Dementia is such a complex process," Goyal said. "This might mean women are a little bit more resilient to certain aspects of brain aging in general, but it could also introduce certain vulnerabilities. Having a younger brain for longer could make the brain more vulnerable to certain things as well. We're being very cautious in not speculating on what this means in terms of downstream dementia and so forth."

In fact, brain metabolism might have little to do with diseases like Alzheimer's or dementia, said Dr. Gayatri Devi, a neurologist with Lenox Hill Hospital in New York City.

"The typical female brain is more energetically youthful than the typical male brain throughout life. This difference is present even in brains that show amyloid plaques that are seen in Alzheimer's disease, although none of the persons had any clinical symptoms of the condition," Devi said of the new findings. She was not part of the study.

"Despite this relative brain youthfulness, however, women are at higher risk for developing Alzheimer's than men," Devi continued. "Estrogen, which increases vitality of the brain regions involved in memory, but which plummets after menopause in women, may be a factor, although multiple other factors are likely involved."

The study appears Feb. 4 in Proceedings of the National Academy of Sciences.

The U.S. National Institute on Aging has more about the aging brain.