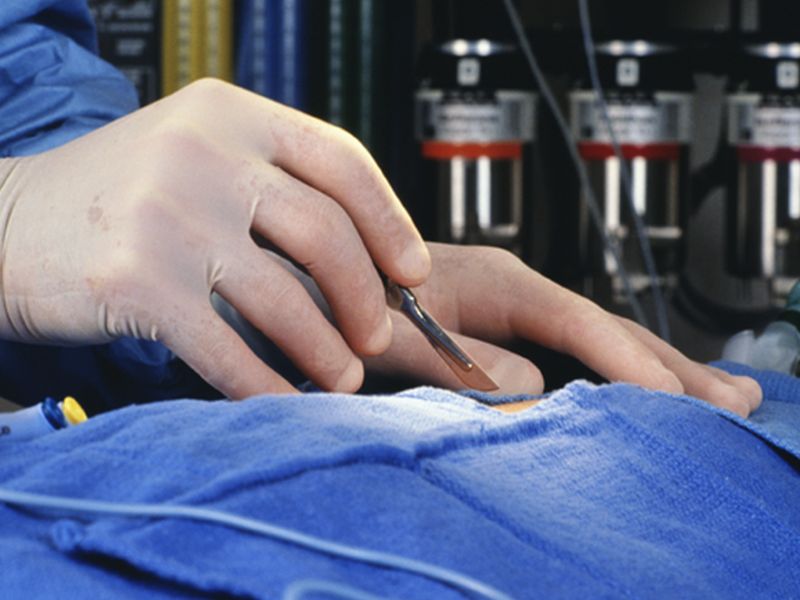 THURSDAY, Feb. 7, 2019 (HealthDay News) -- As many as 7 out of 10 people with type 2 diabetes can achieve long-term disease remission by having weight-loss surgery called gastric bypass, according to a new Danish study.

The surgery isn't necessarily a cure for type 2 diabetes. Some people who go into remission and appear to no longer have the disease can relapse and start having symptoms again. In this study, 27 percent of people who were in remission relapsed during the five-year follow-up.

But the study also linked gastric bypass surgery to a nearly 50 percent reduction in microvascular complications. These complications include kidney disease, nerve damage and vision problems.

"Patients with obesity and type 2 diabetes should be offered bariatric surgery early on in the course of their disease, while there is still a great chance of diabetes remission," said study lead author Dr. Lene Ring Madsen, from Aarhus University Hospital in Denmark.

There are several types of weight-loss, or bariatric, surgery, including gastric bypass and gastric sleeve.

Gastric bypass, also called Roux-en-Y, involves making the stomach smaller and bypassing part of the small intestine, according to the U.S. National Institute of Diabetes and Digestive and Kidney Diseases (NIDDK). After this surgery, people get fuller on much less food, and the body doesn't absorb as many calories.

Gastric sleeve surgery (or sleeve gastrectomy) involves removing a portion of your stomach so you get fuller faster, according to NIDDK. This type of surgery has been gaining in popularity, but Madsen said the procedure is newer, so researchers don't yet have long-term data on it.

Although this study didn't look at the reasons gastric bypass can lead to type 2 diabetes remission, Madsen said other studies have suggested that weight loss is one factor. She added that calorie restriction and hormone changes also likely play a role.

"Patients with the best weight loss have the best resolution of type 2 diabetes, but the mechanisms are much more complex than just weight loss," he said.

Roslin said change in the types of foods a person eats, and in how well the body uses insulin, along with changes in glucose (sugar) production in the liver all likely contribute to the improvement in type 2 diabetes.

The current study included more than 1,100 people who had gastric bypass in hospitals in Northern Denmark. The surgeries took place between 2006 and 2015.

Researchers compared the patients who had surgery to nearly 1,100 type 2 diabetics who didn't.

Sixty-five percent of the surgical patients went into diabetes remission within six months. A year after surgery, 74 percent had remission of their type 2 diabetes, the study found. During the first five years after surgery, the remission rate remained at 70 percent or higher.

However, people in the study who were on insulin before the surgery were less likely to go into remission. People who had less control of their blood sugar levels were also less likely to do so. People over 60 also had more trouble attaining remission compared to people under 40.

Those who had type 2 diabetes for a shorter time (fewer than 2.6 years) were more likely to achieve remission.

As time passed, some people's diabetes returned. In the second year, 6 percent relapsed. During the third year, that figure drifted up to 12 percent and by five years, 27 percent had relapsed.

Still, the benefits from the surgery cannot be overlooked. "Bariatric surgery is a real treatment for type 2 diabetes, and it has been underutilized," Roslin said.

He said one of the most important findings was how well the surgery reduced the risk of many diabetes complications.

"People are scared of diabetes," Roslin noted. "They're scared of the blindness and the amputations, and this study shows that bariatric surgery is a treatment that may reduce those complications by 50 percent."

Findings were published Feb. 6 in Diabetologia.

The U.S. National Institute of Diabetes and Digestive and Kidney Diseases offers more about weight-loss surgery.