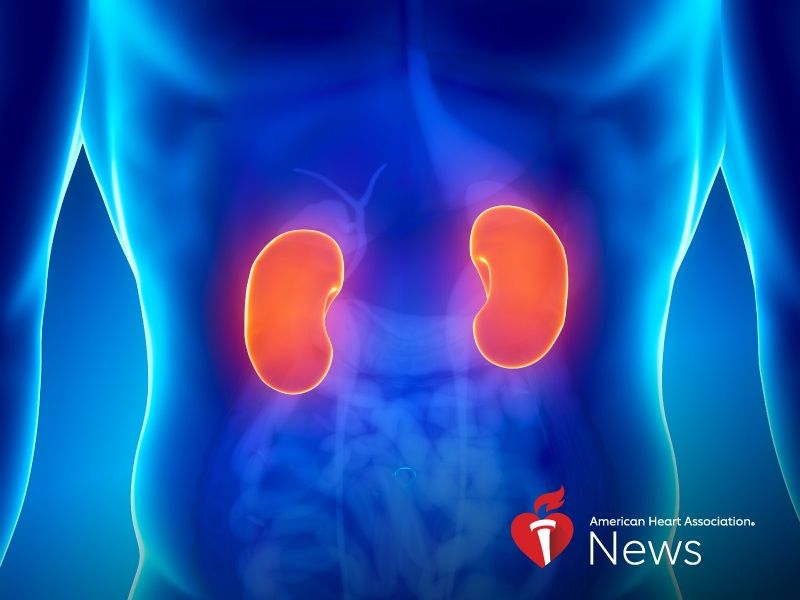 WEDNESDAY, March 6, 2019 (American Heart Association News) -- Medication options can be limited for people with chronic kidney disease, which is why they often get prescribed opioids to help manage pain. But new research finds that opioids could increase the risk of hospitalization and even death.

In a study presented Tuesday at the American Heart Association's Epidemiology and Prevention/Lifestyle and Cardiometabolic Health Scientific Sessions conference in Houston, researchers examined electronic health records for about 100,000 adults in a Pennsylvania health care system and compared people with and without opioid prescriptions over a two-year period.

The risks, however, were more pronounced in people who had worse kidney function, said Dr. Tessa Novick, the study's lead author.

The study did not look at overdoses or the causes of death or hospitalization. But the findings should be enough to raise awareness among people with kidney disease about the risks of taking opioid medication, she said. It also should send a strong message to their doctors.

"Basically, it just means that we need to be doing more counseling and heighten awareness amongst providers. Can we reduce the doses whenever possible? Can we readdress any of the patient's issues?" said Novick, a nephrology fellow at Johns Hopkins School of Medicine in Baltimore.

"Kidney doctors are not typically the ones prescribing opioids, but we need to realize our patients are taking them and greatly affected," she said. "So, we need to be more involved in their choices when it looks like their risks of bad outcomes are higher by taking them."

People with low-functioning kidneys often can't take common over-the-counter pain relievers, such as ibuprofen, because these medications can further harm the kidneys. Opioid medications, however, have not been shown to hurt the kidneys in the same way.

But a main function of the kidney is to help filter toxins and waste from the body, "and when the kidneys aren't working properly, they aren't getting rid of drugs like opioids," Novick said. "They're just hanging out in the body, potentially increasing risk for toxicity."

The study has yet to be published, but there's a big need for more like it, said Dr. Silvia Martins, associate professor of epidemiology at Columbia University's Mailman School of Public Health in New York.

"There are some groups trying to investigate newer drugs with less toxicity than opioids for the treatment of pain, but that is really still in its infancy."

Because pain is subjective, it's difficult to assume that one option can work on all groups.

Martins pointed to childbirth as an example, noting that some women seek an epidural or other type of anesthesia as soon as possible, while others can go through the entire process without a single drop of medication.

"There is no one-package-fits-all when it comes to managing pain. And there are different gradients of kidney disease and different types of medications," she said. "We just need to think about other medication options for this population."