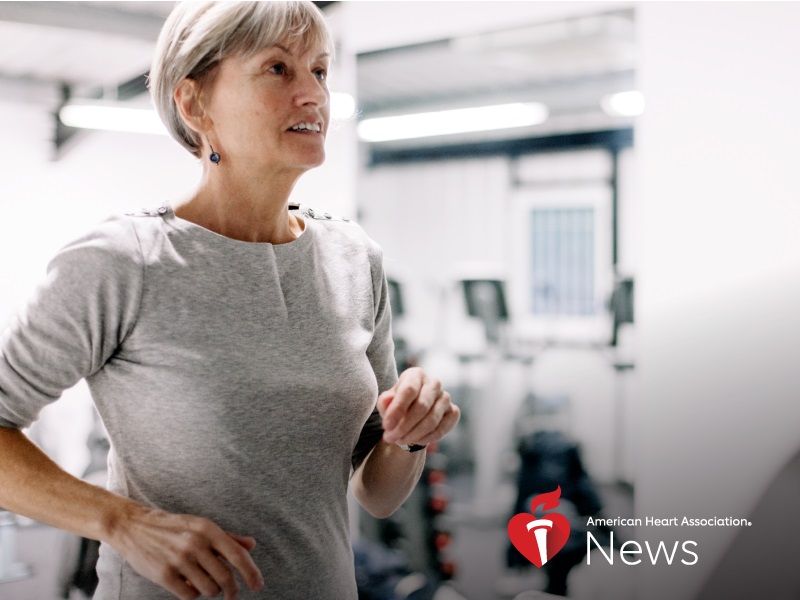 THURSDAY, March 7, 2019 (American Heart Association News) -- Bad news for women who carry fat around their waist rather than on their thighs: New research finds that postmenopausal women shaped like apples are at higher risk for stroke and heart attack than their pear-shaped counterparts.

Several recent studies have found that body fat distribution is a better predictor of heart disease risk than body mass index, a widely used method for diagnosing obesity. BMI is a numerical value of weight in relation to height and an indication of body fat -- but not a direct measurement of it.

In a new study presented this week at the American Heart Association's Epidemiology and Prevention/Lifestyle and Cardiometabolic Health Scientific Sessions in Houston, researchers analyzed data on 2,683 postmenopausal women with BMIs that put them in the normal-weight category. Their body composition and fat content were measured with a special type of X-ray used primarily to assess bone density and check for osteoporosis. The women were then followed for an average of 18 years and monitored for heart attack, stroke and other types of cardiovascular disease.

The opposite was true for women who carried fat in their legs. In fact, those with more fat in the legs had a lower risk for cardiovascular risk than those with less leg fat.

"These were normal-weight women so mostly they were not worried about their obesity status, but our findings send the message that even normal-weight people still need to pay attention to their body fat distribution," Qi said.

He noted this is particularly important for postmenopausal women because hormonal changes from menopause -- specifically a drop in estrogen -- often contribute to fat accumulating around the waist, even if it hadn't in previous years.

The findings appear to support past research that links fat distribution to cardiovascular risk, particularly in women, said one expert not involved in the new study.

"We've been moving away from hard-and-fast ideas about how much you weigh, in particular because we know that the distribution of fat is also important," said Dr. Kristen Hairston, an associate professor of endocrinology and metabolism at North Carolina's Wake Forest School of Medicine. "This is confirming another way to look at the risk factors a patient may have."

Hairston said the findings could encourage physicians to use a more holistic approach when helping patients stay healthy and fight heart disease.

"BMI is part of it, but this reminds people not to focus on one number and to look at the whole person. This can help providers, as well as patients, remember that cardiovascular health has many facets," she said.

"It's not just, 'What size do you wear?' which is a sentiment many women like to hang their hat on. 'I weigh this much on the scale so I'm fine.' This is a good way to remind everybody that health is something broader."