Your Apple Watch Might Help Spot a Dangerous Irregular Heartbeat 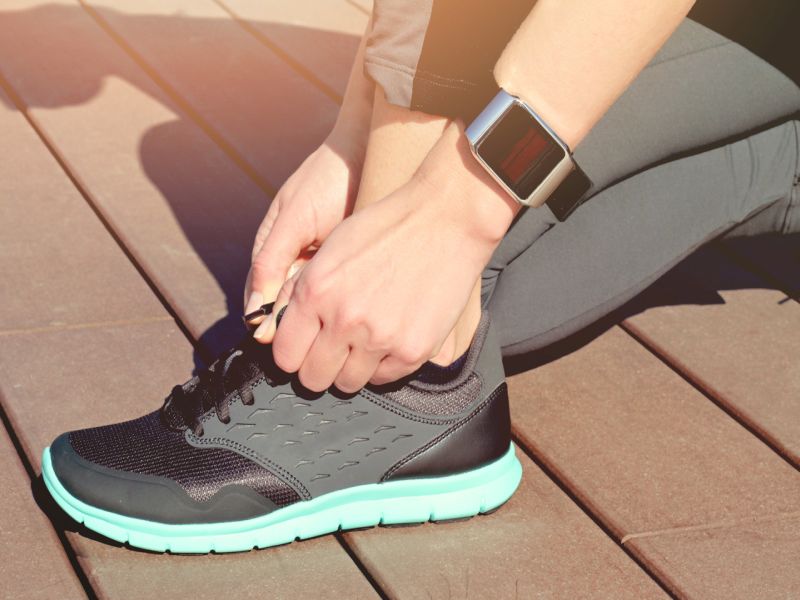 Atrial fibrillation, or "a-fib," is a common form of irregular heartbeat that can lead to blood clots, stroke, heart failure and other heart problems. It affects up to 6 million Americans, but many people don't even know that they have it.

An app loaded into the popular Apple Watch might help change that, however.

The new research was funded by Apple Inc. In the study, Stanford University researchers assessed the utility of the app, which uses the device's light-sensor technology to measure blood flow. The app can also detect slight changes that might indicate an irregular heartbeat.

If the sensor detects five out of six repeat episodes of an irregular pulse within a 48-hour period, the app sends wearers an "irregular pulse" notification, the researchers explained.

Those who got a notification were also advised to contact the study doctor via the app.

After a video consultation on their device, the doctor then decided whether the participant should wear an electrocardiogram (ECG) patch for follow-up monitoring. The patch was sent by mail and measured the person's cardiac activity to potentially identify a-fib.

People whose Apple Watch had alerted them to the possibility of a-fib wore the patch for up to seven days before sending it back to the doctor.

Of the 658 participants who were sent a patch, 450 returned it, and about one-third of them were found to have a-fib, the Stanford team reported.

The study was presented Saturday at the annual meeting of the American College of Cardiology (ACC), in New Orleans.

"The app continuously gathers data in the background without the wearer of the device doing anything, so it's very opportunistic in this way," said Turakhia, an associate professor of cardiovascular medicine at Stanford School of Medicine.

"[Overall], this study improves our understanding of how this wearable technology and app works in the real-world setting and how well the technology can detect long periods of a-fib," he said. "Notifications of heart rhythm irregularities were low, an important finding given concerns about 'over-notification,' and we were able to see what happened downstream after participants received a notification."

Turakhia stressed that people who didn't receive a diagnosis of a-fib after using the follow-up patch might still need more assessment.

"A-fib can come and go, particularly early on in the course of the disease," he explained, so, "it's not surprising for it to go undetected in subsequent ECG patch monitoring. So, while only 34 percent of people were still having [signs of] a-fib on the ambulatory ECG, that doesn't mean that 66 percent didn't have a-fib. It just means that a-fib may not have been there at the time."

Notification rates in people younger than 40 were very low (0.16 percent) and were more frequent in those over age 65 (just over 3 percent).

Turakhia said that was encouraging news, too, since it coincides "with our understanding of a-fib as being more common as you get older."

Two heart specialists who were unconnected to the study said the use of mobile apps could be the future of medical care generally.

"We are witnessing the evolution of how health care will be provided," he said. "It is not surprising that heart rhythms are on this cutting edge as they have been the target for home monitoring for years."

Epstein said many Americans are affected by a-fib, which can be a silent killer.

"The chaotic, rapid electrical activity during a-fib causes the upper chambers of the heart [the atria] to not squeeze effectively," he explained. "Unfortunately, the atria do not look like smooth balloons on the inside. There are ridges and pouches where blood can pool and form clots. Due to this, atrial fibrillation is the leading preventable cause of stroke."

So, using an app to spot a-fib early, and then starting patients on blood thinners "could dramatically reduce the number of strokes," Epstein said.

Dr. Satjit Bhusri is a cardiologist at Lenox Hill Hospital in New York City. He called the new research "a fantastic initial scientific study showing the relevance of wearable technology in capturing disease."

Bhusri said the findings are especially important because a-fib "is seldom identified until after a stroke has occurred."

For his part, Epstein said that he has "no doubt that in the very near future this is how we will be monitoring patients for a wide range of diseases. Apple, Samsung and Google will become real partners for physicians in caring for individual patients and large populations."

Because the new findings were presented at a medical meeting, they should be considered preliminary until published in a peer-reviewed journal.

The U.S. National Heart, Lung, and Blood Institute has more on atrial fibrillation.