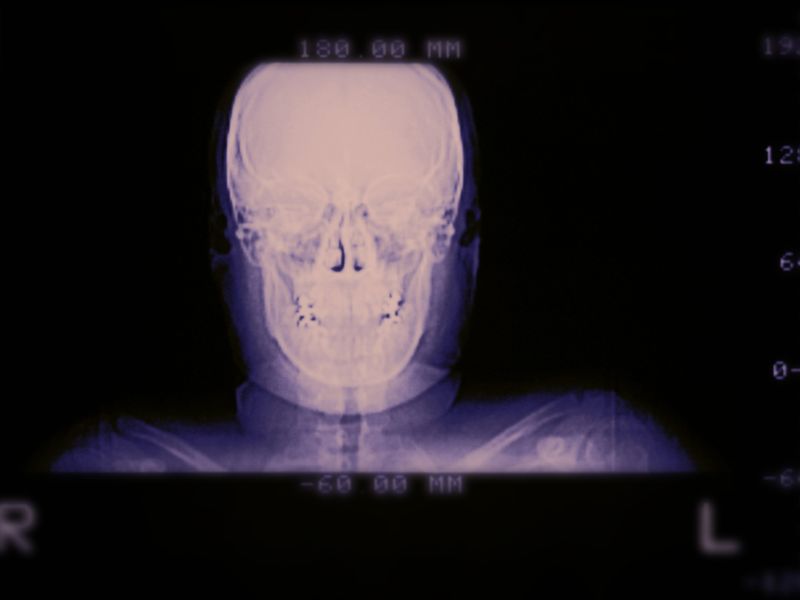 MONDAY, March 18, 2019 (HealthDay News) -- Scientists have developed a way to grow live bone using a rib and a 3-D mold in animal studies, and they say their technique could offer a new way to treat severe head and facial injuries.

The technique was tested in sheep. First, the researchers made a rectangular defect in the animal's jaw. Then they printed out an implantable mold and spacer made of bone cement.

They attached that mold, or scaffold, to one of the sheep's ribs, where it remained for nine weeks. During that time, stem cells and blood vessels from the rib grew into the scaffold, creating new bone that matched the defect in the jaw. After being placed into the defect site, the new bone knitted to the original bone in the jaw and soft tissue grew over it.

"This study demonstrated that we could create viable bone grafts from artificial bone substitute materials," said study co-author Mark Wong, director of the Department of Oral and Maxillofacial Surgery at the University of Texas Health Science Center at Houston.

The achievement is the latest in a decade-long program by the U.S. Armed Forces Institute of Regenerative Medicine. Its aim is to take advantage of the body's natural healing powers to improve head/face (craniofacial) reconstruction, according to the researchers.

"A major innovation of this work is leveraging a 3D-printed [scaffold] to form bone grown in another part of the body while we prime the defect to accept the newly generated tissue," study leader Antonios Mikos said. Mikos is a professor of bioengineering and chemical and biomolecular engineering at Rice University in Houston.

Researchers said the technique could replace current methods, which use bone graft tissues harvested from different areas in a patient, such as the lower leg, hip and shoulder. However, research done on animals may not yield the same results in humans.

"We chose to use ribs because they're easily accessed and a rich source of stem cells and vessels, which infiltrate the scaffold and grow into new bone tissue that matches the patient," Mikos explained in a Rice news release.

He added that there's no need for growth factors or cells that are not from the patient, simplifying the regulatory approval process and translation to clinical use.

Another advantage of using ribs is the potential to "grow new bone on multiple ribs at the same time," said study co-author Gerry Koons, a doctoral candidate who works in Mikos' lab.

Even though the initial objective of the research was to improve treatment of soldiers' combat injuries, civilians would benefit as well, researchers said.

The study was published March 18 in the Proceedings of the National Academy of Sciences.

The U.S. National Library of Medicine has more on facial trauma.