The Moose: A Rare But Often Deadly Road Hazard 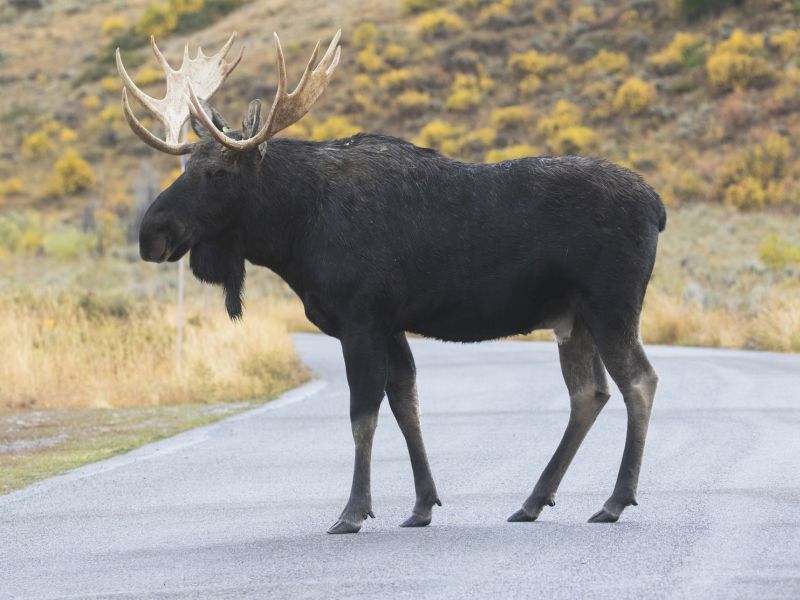 TUESDAY, March 19, 2019 (HealthDay News) -- It's a good thing U.S. drivers are less likely to hit a moose than a deer. Because a run-in with a majestic bull moose is a whole lot deadlier, a new study finds.

The reason is simple -- moose are much larger than deer. Moose weigh 800 to 1,300 pounds and can reach 6 feet, 6 inches at the shoulder. When a car hits a moose, the impact is typically on the animal's long legs, causing its body to crash into the windshield and roof.

"Deer collisions are indeed much more common, but after controlling for other factors, our statistical model demonstrated that a human fatality was more than 13 times as likely after collision with a moose," said study lead author Dr. David Clark, of the Maine Medical Center's outcomes research and evaluation center.

Each year, there are more than 500 vehicle collisions with moose in northern New England. The researchers analyzed data from Vermont, New Hampshire and Maine.

Moose collisions are most frequent after sunset and, to a lesser extent, near sunrise. However, the risk of a fatal collision with a moose is almost three times higher at midday than at other times during the day, perhaps because of speed and other driver factors. Seasonally, moose collisions are more common in the late spring and summer.

The study was published online in the Journal of the American College of Surgeons.

"Obviously, this issue is localized to the northern areas of the United States, but it is also a significant issue in Canada and Scandinavia," Clark said in a journal news release.

"Medical professionals in these geographic regions should be aware of the typical injury pattern and should support preventive efforts," he added.

Doctors need to "be aware of the high frequency of passenger injuries to the head, face and cervical spine, resulting from the direct impact of the massive animal over the hood into the passenger compartment," Clark said.

Passengers in certain makes of cars fared better than others, according to the study. One finding was that no human deaths occurred in 158 Maine crashes involving Swedish vehicles. This is because they are "specifically engineered to tolerate moose-motor vehicle crashes," the researchers wrote.