Many With Opioid Addiction Don’t Get Meds That Can Help 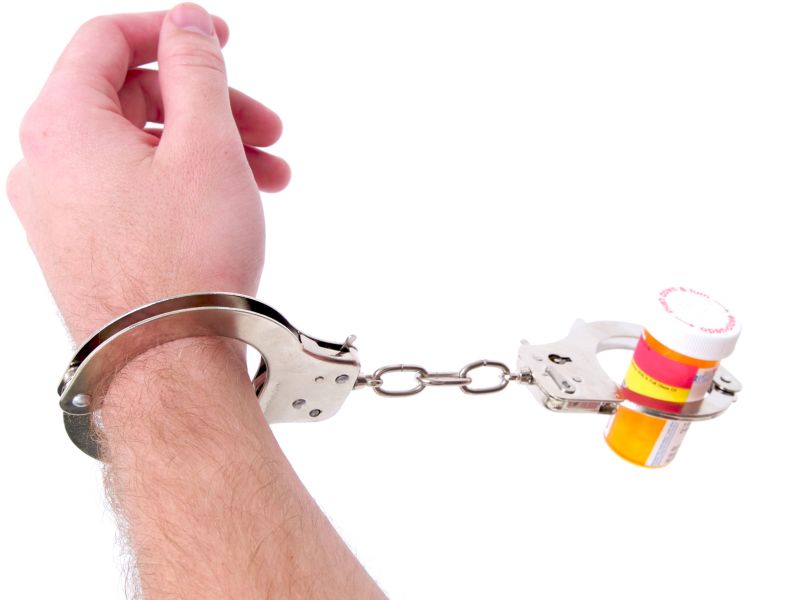 WEDNESDAY, March 20, 2019 (HealthDay News) -- Most people struggling with opioid addiction lack access to FDA-approved medications that can head off withdrawal symptoms and quell their cravings, a new report finds.

Methadone, buprenorphine and extended-release naltrexone all help opioid addicts by targeting the same brain receptors triggered by narcotics, and they have been proven effective and lifesaving, the report says.

More than 2 million people in the United States are thought to have opioid use disorder (OUD), and 47,000 died from an opioid overdose in 2017.

Studies have shown that opioid users are up to 50 percent less likely to die when they're receiving long-term methadone or buprenorphine treatment, according to the report.

Unfortunately, most opioid users in the United States don't receive any treatment at all, and only a fraction of those in treatment have been prescribed any of these medications, the researchers said.

The report, from the National Academies of Sciences, Engineering, and Medicine, argues for removing barriers that have made these medications inaccessible to many.

For example, methadone can only be administered through specialty opioid treatment programs, even though evidence shows it's just as effective when handed out by a family doctor.

Buprenorphine can be prescribed by doctors, but only if they've had specialized training and received a waiver from the Drug Enforcement Administration, the report noted. Fewer than 3 percent of health care providers have bothered to jump through those hoops, and those who have face regulations limiting the number of patients they can treat with buprenorphine.

Additionally, most residential treatment centers don't offer any of the medications, and if they do, they rarely offer all three.

"The factors impeding full use of FDA-approved medications to treat OUD must be addressed, including stigma surrounding both addiction and the medications used to treat it, as well as counterproductive ideologies that consider addiction simply a failure of will or a moral weakness, as opposed to understanding that opioid use disorder is a chronic disease of the brain that requires medical treatment," said Alan Leshner.

Leshner is retired chief executive officer of the American Association for the Advancement of Science and head of the committee that conducted the study.

Only 6 percent of treatment facilities offered all three medications in 2016, Leshner said, while only 5 percent of those addicted to opioids received medication for their addiction.

"The regulations that currently exist restrict access to methadone and buprenorphine in ways that our committee believes are far too prohibitive, and that accounts for the fact that too many people who might provide these medications don't," Leshner said.

The report's committee included Walter Ginter, a person with opioid use disorder who now serves as project director for the Medication-Assisted Recovery Support (MARS) network in New York City.

"I first entered medication-based treatment in 1977," Ginter said. "It's hard for me to envision a way in which I would still be alive if not for medication."

Ginter agreed that regulations need to be revamped to better help addicts.

"The burden of regulatory compliance directly affects patients greatly," Ginter said. "When I ask patients leaving medication-based treatment if they would stay if they could get their methadone from an office-based provider, as I do, they always say yes."

Lindsey Vuolo is director of health law and policy for the Center on Addiction in New York City. "This report underscores one of the greatest tragedies of the opioid epidemic. We have effective treatments but most people with opioid addiction don't receive them, significantly increasing their risk for death," she said.

"With 130 Americans dying every day from an opioid overdose, we'd expect more to be done to address the barriers identified in this report, and implement solutions to expand access to treatment," Vuolo continued. "Stigma -- against addiction and its treatment -- prevents the type of response we'd see for any other disease."

Use of these medications should be extended to many other health care settings, including pharmacies, mobile units, community health centers and hospital emergency departments, the report argues.

The medications also should be used more often in jails and prisons, the report suggests. Even though more and more people who are addicted to opioids are being incarcerated, OUD meds are often withheld from prisoners or provided only on a limited basis for medically supervised withdrawal.

As a result, few people in prison or under supervision of drug courts are prescribed these medications. The lucky few who do receive medication are not connected with care upon their release, leaving them on their own to deal with their addiction.

According to Leshner, "Curbing the epidemic will require an 'all hands on deck' strategy across every sector -- health care, criminal justice, people with OUD and their family members, and beyond -- in order to make meaningful progress in resolving this crisis."

The American Psychiatric Association has more on opioid use disorder.