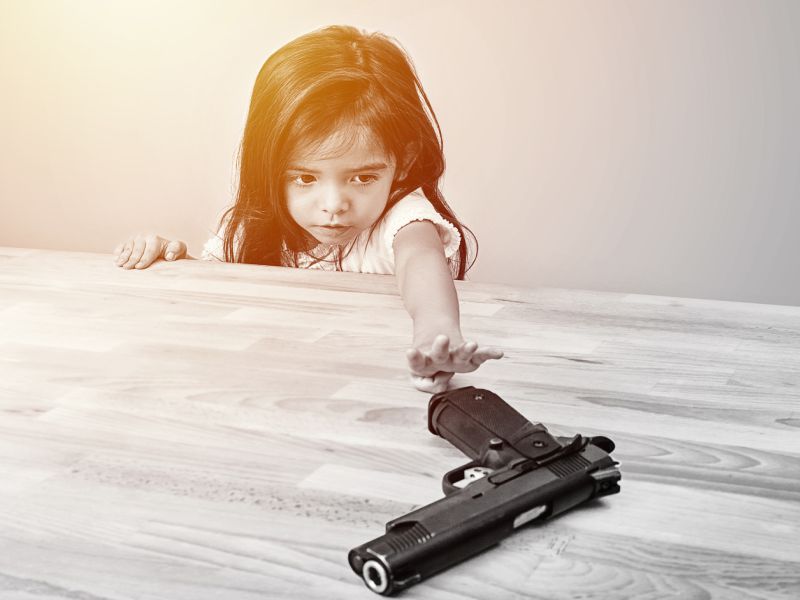 In 2017, gun violence claimed more 5- to 18-year-olds than police officers or active-duty members of the U.S. military, according to a chilling new study led by investigators from Florida Atlantic University.

"It is sobering that in 2017, there were 144 police officers who died in the line of duty and about 1,000 active duty military throughout the world who died, whereas 2,462 school-age children were killed by firearms," study senior author Dr. Charles Hennekens said in a FAU news release. He's a professor of medicine at the university's Schmidt College of Medicine.

Significant increases began in 2009, with a wave of shootings among 5- to 14-year-olds, followed by a similar wave among teens starting in 2014. Both waves -- which researchers described as epidemics -- continued through 2017, the most recent year for which data are available.

Gun-related deaths over the period accounted for 5.6 percent of deaths in the younger group and nearly 20 percent among older kids.

Hennekens likened attempts to halt the epidemic without gun control to trying to curb lung cancer deaths due to cigarettes without reducing tobacco use.

The analysis of data from the U.S. National Center for Health Statistics also looked at causes of death among school-age children. It said 61 percent were the result of assault; 32 percent were from suicide; 5 percent were accidental; and 2 percent undetermined.

Blacks accounted for 41 percent of all deaths, and 86 percent were in boys.

The authors said the findings, published March 21 in the American Journal of Medicine, reveal significant public health and policy challenges.

The American Academy of Pediatrics has more on gun safety.