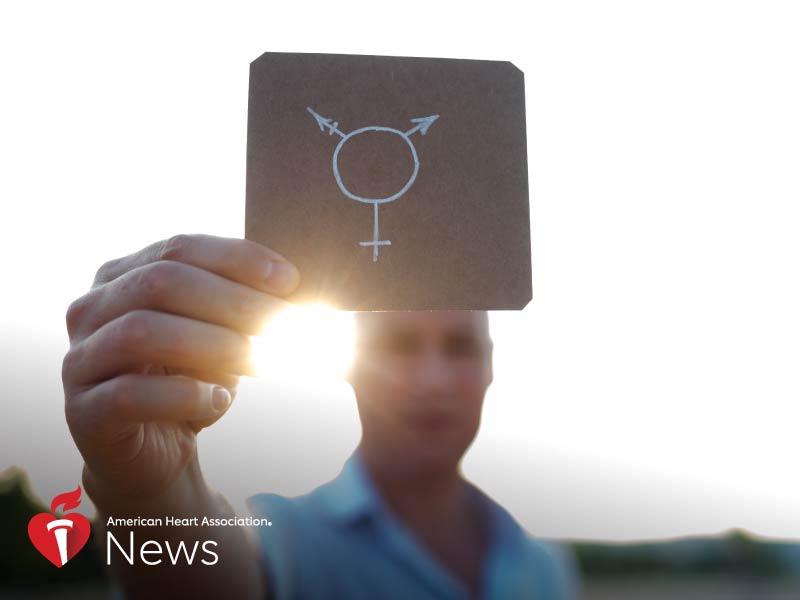 FRIDAY, April 5, 2019 (American Heart Association News) -- A new study indicates transgender men and women have a higher risk of heart attack -- more than four times in some instances -- than people who identify as the gender with which they were born.

The findings are being presented Friday at the American Heart Association's Quality of Care and Outcomes Research Scientific Sessions in Arlington, Virginia. The George Washington University-led study also appears in the AHA journal Circulation: Cardiovascular Quality and Outcomes.

"This has not been a topic that has been discussed a lot in the past," said Dr. Tran Nguyen, one of the study's principal authors.

"But previous studies have shown that the transgender population has been more prone to more cardiovascular risk factors, such as poverty, smoking … and depression," said Nguyen, an internal medicine resident at George Washington University School of Medicine and Health Sciences in Washington, D.C. "What surprised us was that the rate of heart attacks would be that much higher."

A 2016 analysis by the Williams Institute at the UCLA School of Law estimated about 1.4 million Americans identify as transgender.

The researchers analyzed data spanning 2014-2017 from a nationwide health survey by the Centers for Disease Control and Prevention.

Among the questions were whether respondents had ever had a heart attack and whether they classified themselves as transgender.

"We need more research about causation," Tran said. "But I hope this will bring awareness to both the health care providers and the transgender population."

Dr. Paul Chan, a cardiologist and professor at the University of Missouri-Kansas City School of Medicine, agreed. But he deemed the study preliminary, for many reasons.

"It begins the conversation and that's the important thing," said Chan, who was not involved in the study. "But it's an observational study, and that is very limited."

For example, Chan said, the survey did not ask how long the subject had identified as transgender, whether the heart attack occurred before or after changing gender identification, and whether the subjects had undergone gender reassignment surgery.

Most importantly, he said, the survey did not include data about hormone therapy -- testosterone for transgender men and estrogen for transgender women -- which has been linked to increased risk of heart disease.

In addition, "The majority of population reporting as transgender are younger, so the true risk of heart attack may not be known for years," Chan said.

"We need large cohort studies to follow up," he said, referring to research that establishes links between risk factors and health outcomes. "And we need to think about how we design gender questions, not just perpetuate the issue as binary because we only give two options. That will give us a lot more data about risks and benefits."

In the meantime, Nguyen said, transgender patients and their doctors need to be especially vigilant in controlling other risk factors for heart disease.

"They need to have open conversations about this," she said, "so we can decrease the risk in this population."