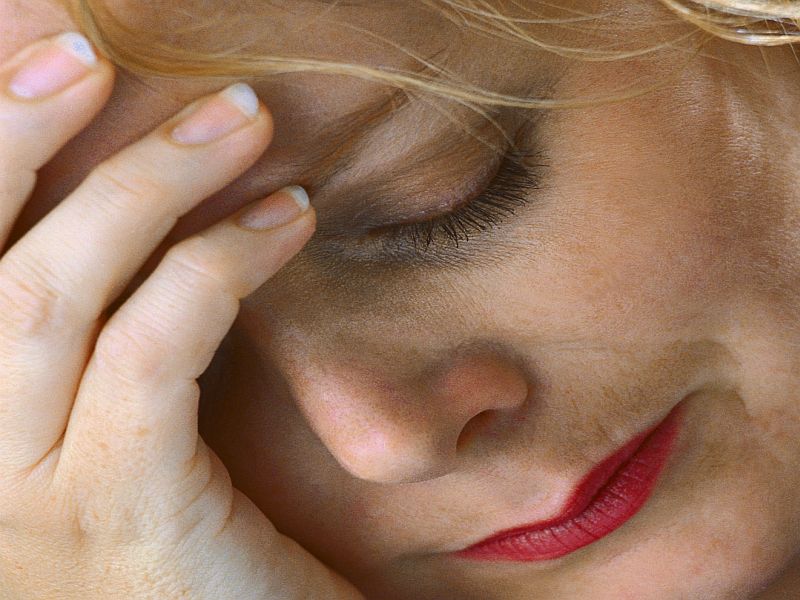 THURSDAY, April 11, 2019 (HealthDay News) -- For some people, the stress of dealing with a particularly rough patch in life or trauma may also strain the heart, a large new study suggests.

The research, based on over 1.6 million Swedish adults, found that those diagnosed with a stress-related disorder faced a higher risk of suffering a heart attack or other cardiovascular trouble over the next year.

The disorders ranged from adjustment disorder -- which comes in response to difficult times like a divorce, death of a loved one or financial troubles -- to post-traumatic stress disorder. PTSD is diagnosed when a person has lingering and severe stress reactions after a life-threatening event -- such as a serious accident, a natural disaster or an assault.

The findings do not prove that those stress disorders actually triggered heart complications, experts said.

But there are reasons to believe they contributed, according to Simon Bacon. He is co-director of the Montreal Behavioral Medicine Center and author of an editorial published with the study.

Previous research has found links between mental health conditions (including depression) and poorer cardiovascular health. And, in general, it's thought that there could be direct and indirect reasons, Bacon explained.

Stress disorders may have effects on the nervous system that alter blood pressure, heart rate and blood clotting, for example. Plus, Bacon said, people with mental health conditions can have a tough time maintaining a healthy lifestyle, or taking care of any physical health problems they have.

"We do know something about the 'how,'" Bacon said. "And I do think this is a real phenomenon."

Still, even if stress disorders raise the odds of suffering cardiovascular trouble, the absolute risk to any one person would be small.

That said, he encouraged people to seek help if they are having trouble dealing with a trauma or difficult life event. Talk therapies, and sometimes medication, can be "very effective," Bacon said.

"We don't know if that will prevent cardiovascular disease," he added. "But these are important disorders unto themselves, and you want to address them."

The stress-disorder group was compared with over 171,000 of their siblings, and 1.3 million people from the general population.

Overall, the study found, people with stress disorders suffered a "cardiovascular event" at a rate of eight per 1,000 in the first year after the diagnosis. While that's a fairly low figure, it was almost twice that of their siblings, and higher than the population norm.

The researchers, who were led by Huan Song, a postdoctoral fellow at the University of Iceland and Karolinska Institute in Stockholm, then took into account for other factors -- such as income, education and any additional mental health diagnoses. Those with stress disorders were still at risk, especially in the first year after their diagnosis.

Compared with their siblings, their odds of heart disease or stroke during that year were 64% higher, the findings showed. The greatest difference was seen with heart failure: People with stress disorders had a sevenfold higher risk than their siblings.

The report was published online April 10 in the BMJ.

It's possible some of those heart failure cases reflect "broken-heart" syndrome, said Dr. Salim Virani, a cardiologist at Baylor College of Medicine and the DeBakey VA Medical Center, in Houston.

Overall, though, it's difficult to know exactly what's behind the findings, said Virani, who is also with the American College of Cardiology.

He noted that the patients were young -- typically in their mid-30s -- when they were diagnosed with a stress disorder.

And in young people, Virani said, substance abuse (such as drugs or alcohol) may be behind sudden cardiovascular problems.

"This study did not account for substance abuse," he said. "So it's not clear whether that played a role."

Virani agreed, though, that stress disorders could have both direct and indirect effects on the heart -- and doctors and patients should be aware of that.

The American Heart Association has more on mental health and heart health.