1 in 9 U.S. Women Drink During Pregnancy, and Numbers Are Rising 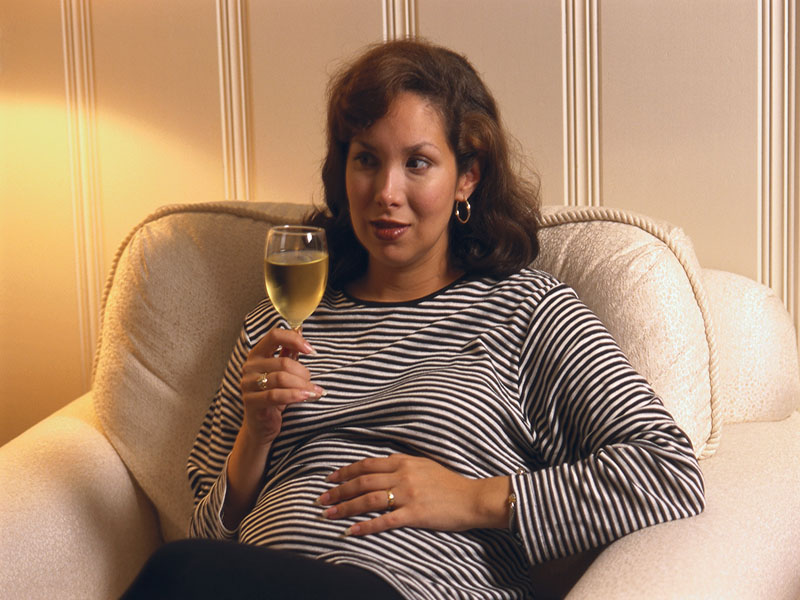 THURSDAY, April 25, 2019 (HealthDay News) -- Even though the harms to babies are well known, one in nine pregnant women in the United States drinks alcohol, new research shows.

In one-third of those cases, frequent binge drinking is also often involved.

What's more, the rate of drinking during pregnancy is actually on the rise, with a slight uptick in the rate over the past decade, according to investigators from the U.S. Centers for Disease Control and Prevention.

"Current drinking and binge drinking in the past 30 days were reported by 11.5% and 3.9% of pregnant women, respectively," reported a team led by Clark Denny, of the CDC's National Center on Birth Defects and Developmental Disabilities.

The study found that, far from decreasing, the rate of drinking and binge drinking in pregnancy actually rose slightly from levels reported in 2011-2013.

For women who said they had binged on alcohol, the average amount consumed per session was six or more drinks, and the average number of binge drinking sessions per month was 4.5, the study found.

"High blood alcohol concentrations among pregnant women might be particularly harmful to the brain of a developing fetus," Denny and colleagues warned.

In fact, drinking while pregnant has long been linked to a wide range of negative health outcomes for infants. These include fetal alcohol spectrum disorders, birth defects tied to the central nervous system, behavioral issues and impaired intellectual development, the researchers explained. Drinking in pregnancy can also raise the odds for stillbirth and miscarriage.

In the study, single pregnant women had nearly triple the odds of binge drinking compared to married women. That might be due, in part, to the added stresses single women face while pregnant, the researchers suggested.

Dr. Sophia Jan directs pediatrics at Cohen Children's Medical Center in New Hyde Park, N.Y. Reading over the new findings, she said too many women still have misconceptions around alcohol use in pregnancy.

"There are many circulating myths in the popular press and social media about pregnancy and alcohol," she said, but "there is no known safe amount of alcohol use during pregnancy. There is no safe time during pregnancy to drink. And all types of alcohol are harmful -- wine and beer is just as harmful as hard liquor and spirits."

Taking in alcohol at any time while pregnant is unsafe, Jan added, but "drinking alcohol during the first three months of pregnancy is particularly harmful and consequential for the baby."

That means that, since "women often do not realize they are pregnant for several weeks, drinking alcohol while trying to get pregnant is also dangerous," she said.

"While many doctors have initial discussions with pregnant patients about avoiding alcohol, this message may need to be repeated throughout the pregnancy," Wu said.

Jan added that help is out there.

"If a woman is pregnant or trying to get pregnant and cannot stop drinking alcohol, there are lots of resources available to her," she said. "She can contact her primary care doctor, her obstetrician, her gynecologist, a local Alcoholics Anonymous group, or a local alcohol treatment center."

The new study was published April 26 in the CDC's Morbidity and Mortality Weekly Report.

There's more on the dangers of drinking during pregnancy at the American College of Obstetricians and Gynecologists.