‘Microbiome’ May Be Key to Autism Symptoms 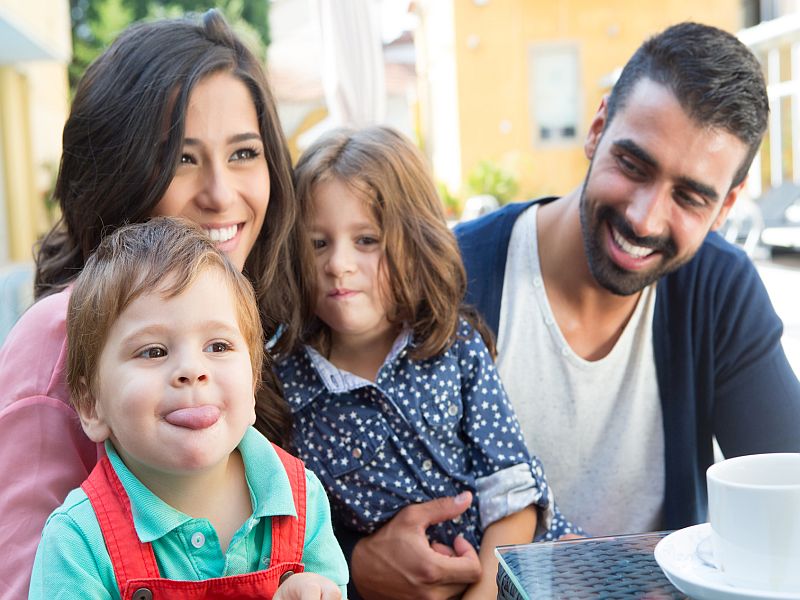 WEDNESDAY, May 1, 2019 (HealthDay News) -- The belly-brain connection is gaining traction in autism research. And a new study suggests gut bacteria may play a role in the disorder or some of its symptoms.

Although this research is in its infancy, it's hoped that someday scientists might tweak the gut bacteria to ease digestive symptoms of autism spectrum disorder.

The latest step in this direction comes from Texas Children's Hospital in Houston. Researchers there compared kids with autism, their unaffected siblings and typically developing kids of the same ages. The investigators found that clear differences emerged in the children's microbiome -- the collection of microbes that normally live in the human gut.

"We saw the biggest differences in the autism group who had gastrointestinal symptoms," said the study's lead author, Ruth Ann Luna. She's director of medical metagenomics at the hospital and an assistant professor at Baylor College of Medicine.

What the researchers didn't find, Luna said, is a single definitive autism microbiome pattern. She said that people with autism spectrum disorders are a diverse and varied group, so she wasn't surprised to see that there were varied microbiome patterns.

According to the autism advocacy organization Autism Speaks, digestive problems are eight times more common in youngsters with autism than typically developing kids. These problems can include chronic constipation, gastroesophageal reflux (GERD) and abdominal pain.

The researchers also noted that changes in the makeup of the microbiome have been implicated in digestive problems in people with neurodevelopmental disorders. And another study, published in early April in Scientific Reports, found that fecal transplants helped ease gastrointestinal problems and improved behavior in kids with autism. These transplants altered the children's microbiota.

Luna said studies like that are what prompted her research. "The whole goal was to learn more about which types of people those kinds of treatments might be most helpful for," she explained.

The new study included 145 kids with autism spectrum disorders, 48 siblings without autism (some with digestive problems) and 219 typically developing children. The kids were between 2 and 17 years old, and the autism group represented kids on all parts of the spectrum, meaning symptoms ranged from mild to severe, said Luna.

The researchers obtained health information, a two-week diary with diet, digestive pain and stool pattern information. In addition, stool samples from the children were analyzed to assess the microbiome patterns.

Unique microbiome patterns were also seen in kids with certain behaviors, such as self-injuring and repetitive behaviors, Luna said. The researchers also noted a significant difference in the microbiomes of kids who ate a lot of highly processed foods, but those patterns were not related to autism symptoms.

While it might make sense that a belly full of less than beneficial bacteria could cause digestive symptoms, the connection to autism isn't as obvious, the study authors noted.

Luna said the gut-brain axis is a link that's getting more attention. She said the digestive system produces greater than 90% of the brain neurotransmitter known as serotonin. So a lack of diversity in the microbiome might cause an inflammatory response as far away as the brain. However, more research is needed to better define the connection, Luna added.

Dr. Andrew Adesman, chief of developmental and behavioral pediatrics at Cohen Children's Medical Center in New Hyde Park, N.Y., agreed that more research is needed to establish a link between the belly and autism.

"Although this study has demonstrated that there indeed are differences in the gut microbiome of children with autism spectrum disorders, we still don't understand the reason for these differences," said Adesman, who wasn't involved in the study.

"Our understanding of the gut microbiome and its clinical associations and implications from a neurodevelopmental standpoint is quite primitive," he said. "Additional research is needed to better understand whether analyzing (and possibly changing) the gut microbiome in children with autism spectrum disorders can help alleviate some of the gastrointestinal symptoms that these children experience."

Luna is scheduled to present the findings Wednesday at the International Society for Autism Research meeting in Montreal. Findings presented at meetings are typically viewed as preliminary until they're published in a peer-reviewed journal.

Learn more about conditions linked to autism from Autism Speaks.