Developmental Tests Might Spot Autism at Even Younger Ages 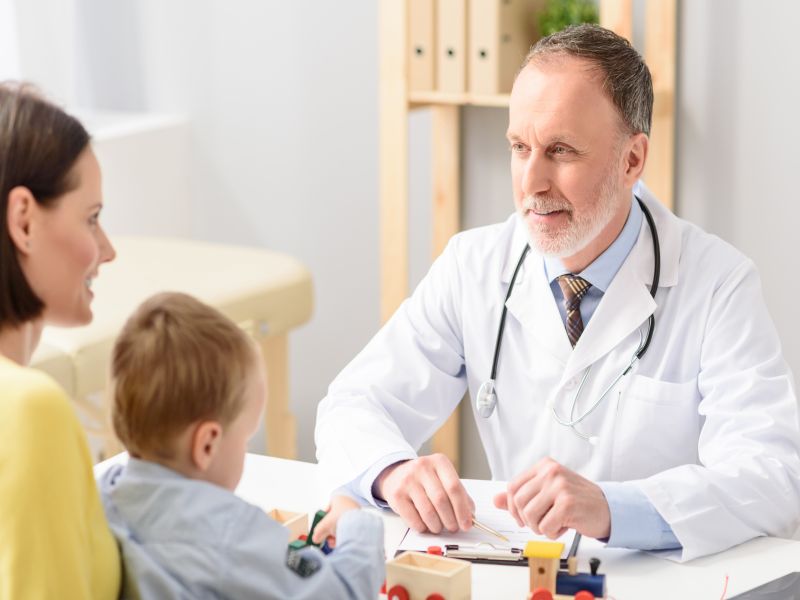 FRIDAY, May 3, 2019 (HealthDay News) -- The sooner a child with autism is diagnosed, the better, and now new research describes a novel way of catching it earlier than ever.

Well-child visits that include developmental screening might pick up the first hints of autism risk in some children, the study suggests.

"We think this has the potential to identify children at risk for autism at even younger ages," said lead researcher Whitney Guthrie. She is co-director of the data and statistical core at the Children's Hospital of Philadelphia's Center for Autism Research. "If we screen more frequently between 9 and 18 months, we might be able to identify this at-risk pattern even earlier."

In the study, young children whose normal development started to slip behind that of other kids -- a process called developmental deceleration -- appeared to be more likely to be later diagnosed with autism.

About 20% of kids with a declining developmental trajectory wound up diagnosed with autism, compared with just 2% of all kids, the researchers found.

Previous studies have shown that developmental deceleration might be one of the earliest behavioral features for kids at risk for autism, and could even precede the onset of clear autism symptoms, Guthrie explained.

However, these studies all were undertaken in kids already at high risk for autism, due to genetic or other factors, she said.

To see whether this pattern would hold across all children, Guthrie and her colleagues studied nearly 32,300 kids who underwent developmental screening at one of 31 primary care sites with the Children's Hospital of Philadelphia.

Developmental screenings should take place at 9 months, 18 months and either 24 or 30 months of age, according to guidelines from the American Academy of Pediatrics.

The researchers tracked the results of these screenings and found that infants and toddlers typically fall within one of six different developmental trajectories.

Nine out of 10 young children follow one of four trajectories that reflect steady developmental progress over time, Guthrie said.

But 10% of kids have a declining trajectory, the investigators found.

"These were kids who may have had strong developmental skills at nine months, but their skills did not keep pace with other kids their age," Guthrie said. "Those scores are going down over time, and these kids are falling further and further behind other children their own age."

The research team compared the kids' developmental trajectory against screenings that took place at age 10 or older for autism, to see if any lag in development would indicate future risk for autism.

"It seems this pattern change in non-autism skills -- things like communication and motor milestones -- clearly confers a risk for autism," Guthrie said.

The good news -- used in conjunction, the two methods were able to detect 75% of future autism cases, "which is a clear improvement over the status quo in autism screening," Guthrie said.

These findings show that doctors could leverage the data they're already gathering to better detect kids with autism risk, she added.

However, more studies are needed before developmental trajectory can be established as a sure means of predicting autism, Guthrie noted.

"If you're seeing developmental skills that are decreasing over time for kids who used to hit developmental milestones, then certainly evaluation and further consideration is warranted, and autism should be part of the conversation," Guthrie said.

The findings were presented Wednesday at the annual meeting of the International Society for Autism Research (INSAR), in Montreal. Such research is considered preliminary until published in a peer-reviewed journal.

INSAR President Dr. Simon Baron-Cohen said that research into these developmental pathways, combined with genetic data and brain scans, could wind up providing new insights into autism and other developmental disabilities.

"At a certain point, it will be important not just to monitor these kids that are showing this kind of deceleration, but also to intervene," Baron-Cohen said. "If you're measuring that kids are falling more and more behind, and the gap is widening between their development and typical kids, we have an obligation to also start trying some interventions and see if you can change the course."

Zero To Three has more about early childhood development.