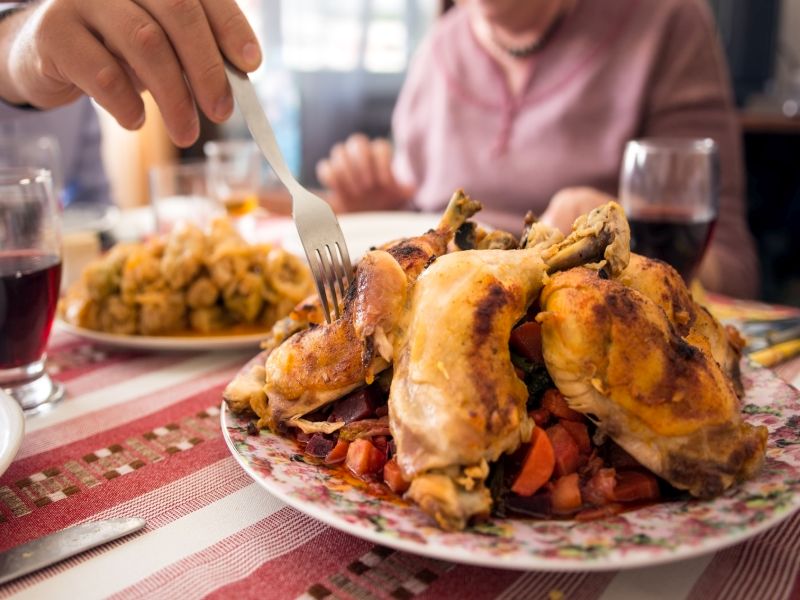 MONDAY, May 13, 2019 (HealthDay News) -- It's almost time for long summer weekends and backyard barbecues. And you may be wondering if a day or two of burgers and beers does any long-term damage to your body.

A new Australian study suggests that if you normally have a healthy lifestyle, you can relax and enjoy the feasts. The study found that the body adapts and quickly bounces back from an occasional day of gluttony.

"If you normally have a healthy diet and get plenty of physical activity, don't feel too bad about occasionally overeating," said study author Glenn Wadley. He's an associate professor from Deakin University's Institute for Physical Activity and Nutrition in Burwood.

But the study doesn't give you license to binge every weekend.

"From a health perspective, short-term overeating is really best confined to infrequent special occasions, like during festivals and holidays. We aren't advocating that binge eating is OK," Wadley said.

Obesity has been rising in the United States and other parts of the world for decades. Wadley and the study's lead author, Dale Morrison, wondered what impact short-term overeating might have on the body's metabolism. More specifically, they wanted to see how the body handled a short-term spike in blood sugar (glucose) levels, and whether that temporary change in eating patterns had any lasting effect.

To test this theory, the researchers recruited eight healthy young men (average age 22). The study team had them overeat for five days to simulate how people often eat during the holidays. After the short-term trial, the young men participated in a 28-day trial to model typical chronic overeating.

The diets were high in carbohydrates -- about 55% -- with 30% fat and 15% protein. During the overeating portion of the study, the diet included chocolate, meal replacement drinks and potato chips to add about 1,000 calories a day to the diet.

Short-term overeating did increase visceral fat slightly -- that's fat that surrounds the body's organs and is considered unhealthier. But there wasn't a significant increase in overall weight and fat mass, the researchers said.

Fasting levels of blood sugar and production of insulin didn't change in response to the short-term overeating, the study found.

"The body copes with short periods of overeating with additional carbohydrates and makes adjustments by shifting metabolism towards utilizing these excess carbohydrates," Wadley explained.

Would the study's findings apply to people who were older, or maybe less fit to start with?

Wadley wasn't sure because the study only looked at young people.

"Our participants were young and within a healthy weight range. It's possible their bodies are better able to cope with the oversupply of food," he said. Wadley added that he'd like to follow an older or overweight group to see if they're more susceptible to the effects of overeating.

Registered dietitian Samantha Heller, from NYU Langone Health in New York City, said she wasn't surprised to see that younger people at a healthy weight rebounded quickly. She said people in their 40s and older might find they have more trouble after holiday splurges.

But, she noted, even these young men added some unhealthy visceral fat from short-term, large high-calorie meals.

"Visceral fat causes more problems, and from this study we don't know how long those increases lasted once they went back to eating normally," said Heller, who played no role in the study.

Still, if you're overeating once or twice a year, Heller said, you'll likely be just fine. "But if it's a few times a week, that's a problem, and at some point, it will catch up with you. Our bodies aren't designed for large amounts of consistently unhealthy foods," she said.

The study was recently published online in the American Journal of Physiology--Endocrinology and Metabolism.

Get more about healthy living from the U.S. National Institute of Diabetes and Digestive and Kidney Diseases.