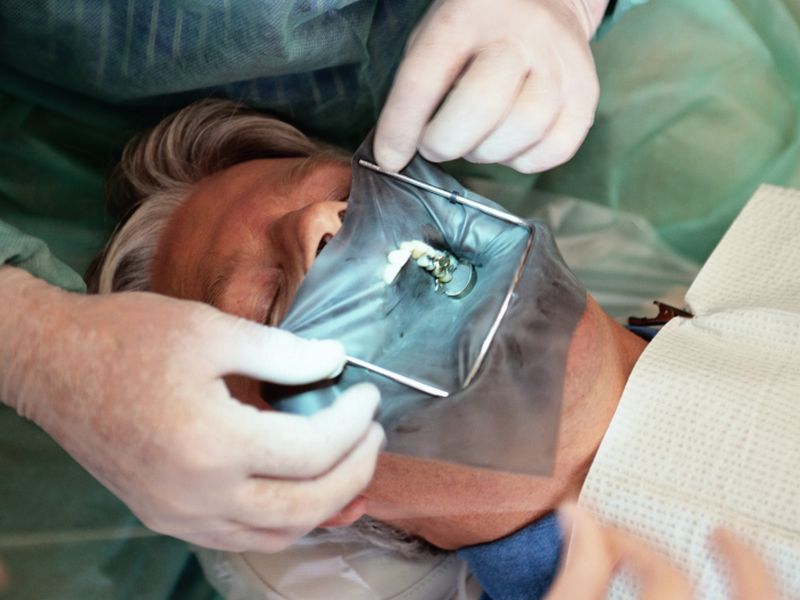 In 2016, American dentists wrote 37 times as many opioid prescriptions as British dentists: 1.4 million versus 28,000.

And while 22% of all prescriptions from American dentists were for opioids, that figure was 0.6% in England. Dentists are one of the most frequent prescribers of opioids in the United States, second only to family practitioners, according to the study.

"We have all probably had the experience of a terrible toothache," said lead author Katie Suda, an associate professor of pharmacy at the University of Illinois in Chicago. "But all dentists treat pain worldwide, so we would not expect a large difference in which pain medication is prescribed, and our results show that U.S. dentists prescribe opioids more frequently than is likely needed."

She and her colleagues outline their findings in the May 24 issue of JAMA Network Open.

The American Dental Association (ADA) responded to the study with a statement pointing to its own efforts to combat unnecessary opioid prescribing.

"Since 2011, the ADA has advocated to keep opioid pain relievers from harming dental patients and their families and worked to raise professional awareness on medication alternatives to opioids," the statement said. "A growing body of research supports ADA policy that dentists should prescribe non-steroidal anti-inflammatory drugs (NSAIDs) alone or in combination with acetaminophen over opioids as first-line therapy."

To explore the issue, investigators tracked 2016 prescription patterns at brick-and-mortar pharmacies, mail-order pharmacies, and outpatient dispensaries across the United States and England.

On average, each British dentist issued one opioid prescription in 2016, while each U.S. dentist wrote 58.

As to what might explain the gap, Suda pointed to differences in the pain-relief protocols dentists follow in the two countries.

"In the U.K., dentists have guidelines specific to the treatment of oral pain," she noted. "Unfortunately, U.S. dentists do not have guidelines to help them decide which medications to prescribe to patients. The U.K. dentists also have more stringent prescribing rules."

For example, the United Kingdom allows dentists only to prescribe a single opioid, a relatively low-strength codeine known as "dihydrocodeine." That limitation pushes British dentists to embrace alternative, but often effective, non-opioid pain relievers, such as NSAIDs and acetaminophen.

By contrast, U.S. dentists are free to rely on a variety of opioid options. In 2016, 62% of the opioids they prescribed were hydrocodone-based medications, followed by codeine (23%), oxycodone (9%) and tramadol (5%).

And 10% of the opioids prescribed by American dentists were especially risky because of their high potential for abuse or misuse, the study found. Oxycodone and long-lasting opioids were two such problematic options. Neither is available for dental patients in the United Kingdom.

Dr. Susan Rowan is Suda's University of Illinois colleague and a clinical associate professor of dentistry. She described the findings as a "wake-up call."

In its response, the ADA said U.S. dentists wrote nearly a half-million fewer opioid prescriptions over a five-year period, 18.1 million in 2017, compared to 18.5 million in 2012.

The association also referenced a policy adopted last year, calling for mandatory continuing education of dentists regarding opioids. The policy recommends dentists prescribe no more medicine than a patient needs for one week.

"To combat opioid abuse, the ADA has urged all 163,000 member dentists to double down on their efforts to prevent opioids from harming patients and their families," the statement said.

The American Dental Association offers more on opioids and dentistry.