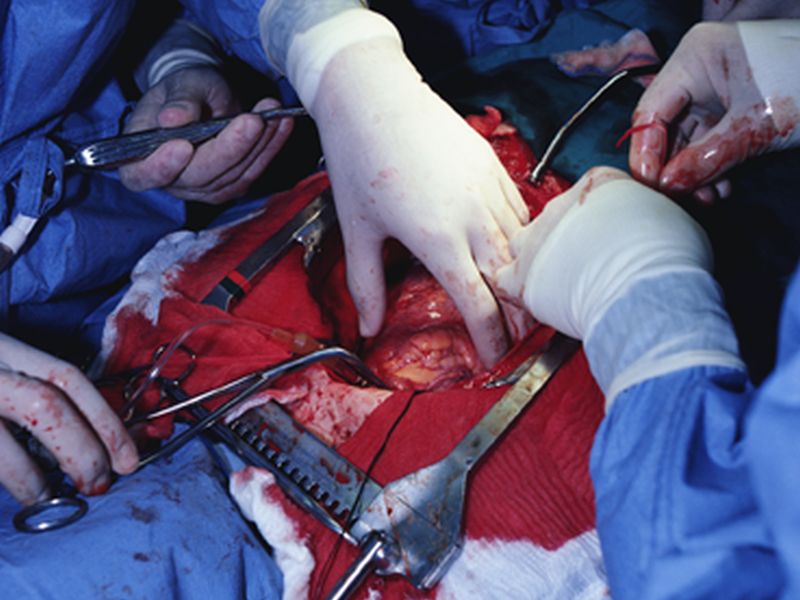 TUESDAY, June 4, 2019 (HealthDay News) -- Having emergency heart surgery is always risky, but a new case report reveals an unexpected danger: A flash fire ignited a man's chest during such a procedure.

A 60-year-old man underwent lifesaving heart surgery for a torn aorta, the main artery that carries blood away from the heart.

The patient had chronic obstructive pulmonary disease (COPD) and had undergone a heart bypass operation the year before.

As the surgery began, doctors found that one lung was stuck to the chest bone forming bullae, which are like blisters and often occur with COPD. The surgeons punctured one of the blisters, causing an air leak.

So that the patient wouldn't have trouble breathing, the anesthesiologist increased the amount of oxygen.

Fed by leaking oxygen, a spark from an electrocautery device set a dry surgical pack on fire. Doctors immediately put the fire out and continued with the procedure, successfully repairing the torn artery.

The findings were presented Sunday at the European Society of Anesthesiology meeting, in Vienna.

"While there are only a few documented cases of chest cavity fires -- three involving thoracic surgery and three involving coronary bypass grafting -- all have involved the presence of dry surgical packs, electrocautery, increased inspired oxygen concentrations, and patients with COPD or pre-existing lung disease," researcher Dr. Ruth Shaylor, from Austin Health in Melbourne, Australia, said in a meeting news release.

This case highlights the need for surgeons to be trained to act fast when such fires occur. They need to be particularly cautious when operating on patients with COPD, the researchers added.

For more on fire during surgery, visit the Anesthesia Quality Institute.