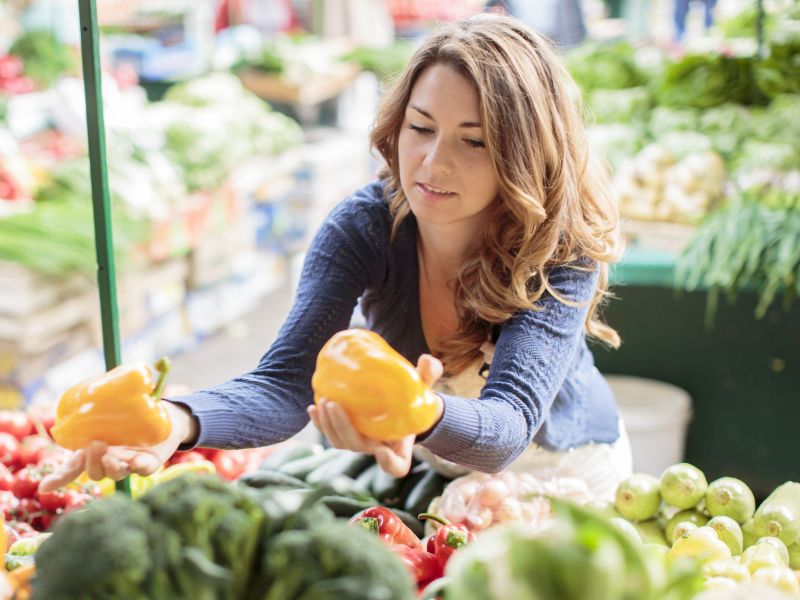 SATURDAY, June 8, 2019 (HealthDay News) -- The kind of foods you eat, and even the order in which you eat them can affect your odds of developing type 2 diabetes, three new studies suggest.

The studies -- being presented to the American Society for Nutrition -- found:

"Emphasizing fruits and vegetables and whole foods is a very practical and easy way to manage type 2 diabetes," she said. "Half your plate should be green, even at breakfast, when you could have an egg white omelet with spinach for example."

As for the sequence of eating, Kumar said vegetables, high-fiber foods and even protein take longer to leave the stomach, which slows down the rise in blood sugar levels.

"Theoretically, changing the order you eat foods could have implications on weight and appetite control," she said.

The first study included more than 2,700 people recruited at an average age of 25. Forty percent were black and nearly 60% were women. Their health and diets were followed over 30 years.

People who made the greatest improvement in dietary quality from early to middle adulthood cut their odds of diabetes by almost two-thirds compared to those whose diet quality declined slightly, the study found.

What constitutes a quality diet? Researchers said it's one that contains more "nutritionally rich, plant-centered" foods.

The study's lead author, Yuni Choi, a doctoral candidate at the University of Minnesota-Twin Cities in St. Paul, said a plant-centered diet is high "in natural plant foods, low in highly processed plant foods and generally low in animal-based foods."

So, vegetables, fruits and whole grains get a thumbs-up, but white bread and white rice get low-quality scores. Choi said this type of diet can include some lean meat and low-fat dairy.

Choi and her advisor and co-author, David Jacobs, think the diverse nutrients found in plant foods help to prevent diabetes.

'B' gets an A for health

The second study looked at dietary data from about 200,000 American adults over 15 years.

People who had the most vitamin B2 and B6 had a roughly 10% reduction in their diabetes risk. B2 is found in eggs, lean meat, green vegetables and fortified grain products such as cereals and bread, according to the U.S. Department of Agriculture. B6 is found in fish, lean meat, fruits (other than citrus), and potatoes and other non-starchy veggies.

Though total vitamin B12 intake wasn't linked to a higher risk of type 2 diabetes, the odds rose 11% when researchers looked solely at B12 from food sources. They found no similar increase in diabetes risk from B12 in diet supplements. They said this may be because B12 in foods often comes from animal products.

The third study found that the order in which you eat can affect your blood sugar levels. Researchers asked 16 Chinese adults, mostly men, to eat five experimental meals in a set order. The meals contained a vegetable, meat and rice, and portion sizes stayed the same.

Overall, the smallest spike in blood sugar levels resulted when vegetables or meat were eaten first. The meal with vegetables, meat and rice eaten separately, in that order, led to a lower increase in blood sugar and a favorable response in appetite hormones.

"The way we eat and present food to our mouth may have significant physiological effects," said study author Christiani Henry, director of the Clinical Nutrition Research Center at Singapore Institute for Clinical Sciences.

Henry said fiber and other nutrients in vegetables appear to slow the transit time of food, which may also slow the rise in blood sugar levels after eating.

Eating vegetables first is "a simple, practical way to reduce blood glucose rise when eating rice," he said. Henry added that more research is necessary to see if similar changes would help control blood sugar spikes for foods eaten in places like the United States.

The three studies were scheduled to be presented between Saturday and Tuesday at the American Society for Nutrition meeting in Baltimore. Research presented at meetings is typically seen as preliminary until published in a peer-reviewed journal.

Read more about nutrition and diabetes from the U.S. National Institute of Diabetes and Digestive and Kidney Diseases.