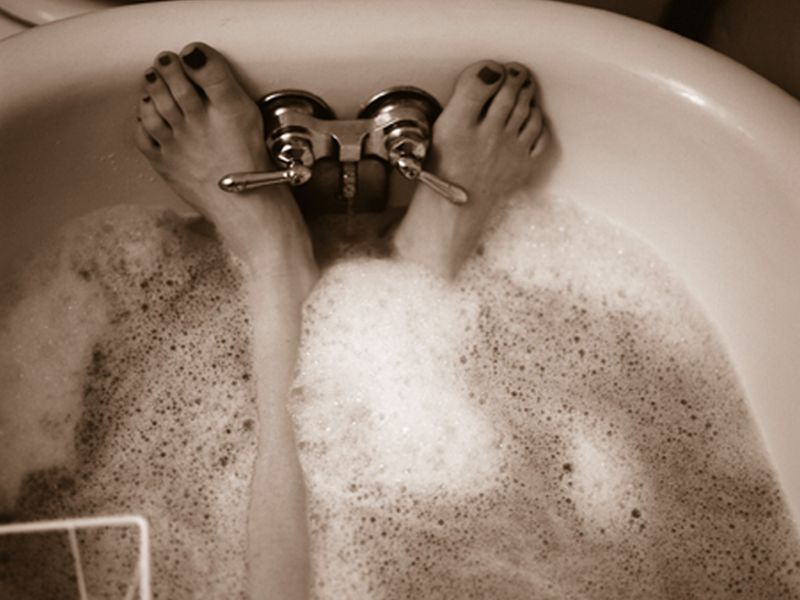 FRIDAY, June 14, 2019 (HealthDay News) -- Could soaking in hot water followed by light exercise work as well on peripheral artery disease (PAD) as a longer bout of exercise does?

The authors of a new study suggest it could, but some PAD experts aren't convinced.

Peripheral artery disease affects about 8.5 million Americans. Only about one in four people in the United States is even aware of the disease, however.

PAD occurs when cholesterol builds up in blood vessels supplying blood to the legs. This slows or even blocks the flow of blood. Symptoms include pain or cramping when walking (claudication), loss of muscle mass, skin that's cool to the touch, and sores or ulcers on the legs or feet that are slow to heal, according to the U.S. Centers for Disease Control and Prevention.

Regular physical activity and supervised exercise programs are key treatments for PAD. If someone is a smoker, quitting smoking is crucial. Treatment also includes controlling blood pressure, cholesterol and diabetes, the CDC says.

In the new study, researchers compared blood pressure and walking distance in two groups, each with 11 PAD patients.

One group did up to 90 minutes of walking and resistance training once or twice a week. The other group -- dubbed the heat therapy group -- soaked in a pool with warm water (about 102 degrees Fahrenheit) for 20 to 30 minutes and then did up to 30 minutes of calisthenics three to five times a week. They were encouraged to submerge up to their shoulders.

"There was no evident difference between the effects observed in heat therapy via spa bathing and a supervised exercise program," wrote Ashley Akerman and colleagues from the University of Otago and Dunedin Public Hospital in New Zealand.

Three PAD specialists who reviewed the findings said it's too soon to say that having a hot water soak allows you to forgo a longer exercise session.

"Because the study participants got out of the water and performed 15 to 30 minutes of calisthenics, the study can't say whether or not heat therapy is a replacement for exercise," said Bruno Roseguini. He is an assistant professor of health and kinesiology at Purdue University in West Lafayette, Ind.

Roseguini also noted that the study wasn't an equal comparison. The exercise group averaged just one session a week compared to the heat therapy group that averaged four times a week.

"People who get pain when they walk, don't want to walk," Schneider said. "So this therapy is not necessarily a replacement for walking, but this might help get some improvement in walking."

For people who can't walk, such as patients with joint disease or knee problems, Schneider said this might be an alternative.

Yang said the heat therapy likely increased circulation around the clogged or narrowed blood vessels in the legs.

All three experts pointed out that the study was small, with just 22 people total, so any findings would need to be replicated in a larger study.

But would it hurt if you decided to give this hot water treatment a try on your own?

Roseguini said being under supervision is best. If you decided to try it on your own anyway, it would have to be done carefully, especially if you tried to use hotter water, such as in a hot tub.

"You've probably seen warnings at hot tubs for people with heart disease. There's a risk of blood pressure falling," he said. Someone whose blood pressure is seriously low could get dizzy and fall, or possibly even pass out.

As for more locally applied heat, such as a heating pad, Roseguini said that method is likely too small to create changes in the body's temperature. And, that's what may have induced the improved circulation. His group is studying whether water-circulating pants that heat up the lower body might help.

The study was recently published in the American Journal of Physiology -- Heart and Circulatory Physiology.

Learn more about the prevention and treatment of peripheral artery disease from the American Heart Association.