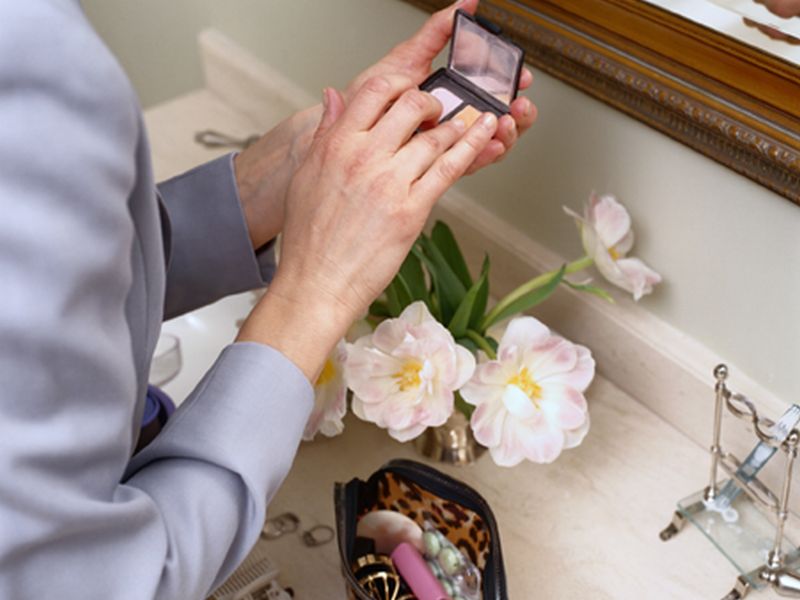 MONDAY, June 17, 2019 (HealthDay News) -- Take a stroll down the beauty products aisle and you'll see rows of colorful packages, even some with pictures of fruit on them. It's easy to see how about a dozen kids a day end up in the emergency room due to exposure to these enticing chemical concoctions.

Over a 15-year period, nearly 65,000 youngsters under 5 years of age were treated in U.S. emergency departments for injuries related to personal care products, a new study reports.

"Even though it seems to be a small number over 15 years, these data represent people, a child. It's rare, but when it happens to you, it's devastating," said study author Rebecca McAdams. She's a senior research associate at the Center for Injury Research and Policy at Nationwide Children's Hospital in Columbus, Ohio.

According to the National Poison Data System, personal care products caused seven deaths in children between 1999 and 2015.

What kinds of products should you be concerned about? The researchers said personal care products are those that "cleanse, beautify, promote attractiveness or alter appearance." They include:

"Kids this age are naturally inquisitive. They're naturally exploring by putting things in their mouths," McAdams said. "These products are enticing, and kids can't read. They can't discern between what's lotion and yogurt, or what's chocolate versus a body exfoliant."

Dr. Jeffrey Fine, a pediatric toxicologist in the emergency department at NYU Langone Health in New York City, said fortunately most of these products don't cause serious injuries or deaths.

Still, Fine said, it's important to keep them out of little ones' hands. Even a small bottle of perfume can cause intoxication in a child, he pointed out, because the fragrance is mixed in 100% alcohol.

The new study looked at medical records from 2002 through 2016. The data came from about 100 U.S. hospitals, including eight children's hospitals. Researchers focused on children under age 5 who were treated in emergency departments for personal care product injuries.

From year to year, the number of injuries remained steady. Researchers had hoped to see a decline in the numbers over time.

About 60% of those injured were under age 2. Poisoning occurred in 86% of the injuries, usually when a child swallowed a product. Other injuries included chemical burns of the skin or eyes.

More than half of kids who were admitted to the hospital had been exposed to hair care products, such as hair relaxers or permanent solutions, the study found.

Fine warned that "there are a few products that are very problematic. Hair relaxers or perms have sodium hydroxide in them. That's the same stuff as in drain cleaner and oven cleaner. An ingredient in artificial nail remover gets metabolized as cyanide," he cautioned.

"The acetone found in nail polish remover can make a kid intoxicated. Typically they do well after ingesting this, but can be sick for a while," he added.

Fine explained that it can be a bigger problem if kids breathe in (aspirate) a product such as baby oil or mineral oil into their lungs. "They can get pretty sick," he said.

What can parents do to protect their youngsters from these ubiquitous household products?

Like other dangerous items, such as medications, store personal care products up, away and out of sight, McAdams suggests. A locked cabinet is best. Never leave these products unattended and put them away as soon as you're done using them.

McAdams said one important step parents can take right now is to put the number for poison control -- 800-222-1222 -- in your cellphone. If it's in your contact list, it's easily accessible in an emergency.

Another important step is to keep everything in its original container.

Fine noted that "there have been a number of bad cases when people stored something in a soda bottle."

It's also important not to underestimate your child, he added.

"Kids can climb. A determined toddler can get into almost anything. All of us have had an experience where kids do things we never expected them to do. You need to lock away these things. And, when you take it out, put it away again right away," Fine said.

The study was published June 17 in Clinical Pediatrics.

Learn more about childproofing your home from the National Safety Council.