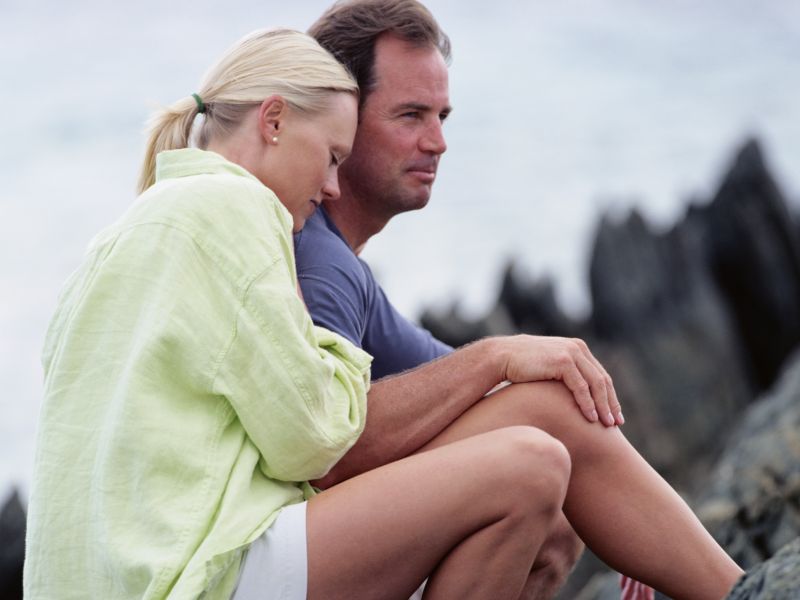 FRIDAY, June 21, 2019 (HealthDay News) -- The U.S. Food and Drug Administration on Friday gave its approval to Vyleesi, the second medication so far approved to help women with low sexual desire.

In a news release, the FDA said that Vyleesi (bremelanotide) is a drug that would be administered by injection prior to having sex.

It's been specifically approved for premenopausal women with a condition known as acquired, generalized hypoactive sexual desire disorder (HSDD).

"There are women who, for no known reason, have reduced sexual desire that causes marked distress, and who can benefit from safe and effective pharmacologic treatment," said Dr. Hylton Joffe, who directs the FDA's Center for Drug Evaluation and Research's Division of Bone, Reproductive and Urologic Products.

"Today's approval provides women with another treatment option for this condition," Hylton said in the news release.

According to the agency, HSDD is not caused by any medical or psychiatric condition, relationship issues or drug side effects.

Instead, women with HSDD have "previously experienced no problems with sexual desire," the FDA said. "Generalized HSDD refers to HSDD that occurs regardless of the type of sexual activity, situation or partner."

The exact way in which Vyleesi helps stimulate sexual desire remains unclear, but it works on melanocortin receptors on cells, the FDA said.

The drug is injected under the skin of the abdomen or thigh at least 45 minutes prior to a sexual encounter, although the best timeframe for dosing could vary from user to user.

Side effects can occur, the FDA added, and include nausea and vomiting, flushing, injection site reactions and headache. Nausea was especially common, affecting 40% of users in the clinical study that led to approval.

That study involved 1,247 premenopausal women with HSDD who received Vyleesi or a placebo in one of two 24-week trials.

"In these trials, about 25% of patients treated with Vyleesi had an increase of 1.2 or more in their sexual desire score (scored on a range of 1.2 to 6.0, with higher scores indicating greater sexual desire) compared to about 17% of those who took placebo," the FDA noted.

Still, the overall benefit was not large. "There was no difference between treatment groups in the change from the start of the study to end of the study in the number of satisfying sexual events. Vyleesi does not enhance sexual performance," the FDA said.

And there was one other caveat: Vyleesi can hike blood pressure, so people with heart disease or high blood pressure should not take it, the FDA said.

Vyleesi should also not be taken by anyone who is also taking the drug naltrexone, used to combat opioid dependency, because Vyleesi reduces naltrexone's effectiveness.

Vyleesi is not the first drug approved to enhance flagging libido in women. In 2015 the FDA approved Addyi (flibanserin) for the purpose, but the drug did not become widely used because it cannot be taken with alcohol and only certain certified health care providers are allowed to prescribe it.

According to CNN, Vyleesi's maker, AMAG Pharmaceuticals, said the new drug will not be available until September, and pricing and reimbursement have yet to be determined.

One expert in female sexual health said it remains to be seen how widely Vyleesi will be used.

"Female sexual dysfunction is more complicated in some ways than male sexual dysfunction, so it's more difficult to treat," Dr. Nicole Cirino, co-director of the Menopause and Sexual Therapy Clinic at Oregon Health and Science University's Center for Women's Health, told CNN. She had no role in Vyleesi's development.

Cirini suspects Vyleesi probably will not be the first option women with HSDD turn to, but it might prove a useful adjunct to standard psychotherapy and Addyi.

Vyleesi, like Addyi, probably won't be overprescribed, Cirino added. When Addyi was introduced, there were concerns "that doctors would just be prescribing this medication to anybody that came in saying that they were having an issue with their libido," she said. "And I think we have to give physicians more credit than that. In fact, that didn't happen at all."

"There's so many chemical factors that influence our libido," she told CNN. "So you can't discount using a chemical treatment as part of the broad approach to low libido."

There's more on HSDD at the American Sexual Health Association.