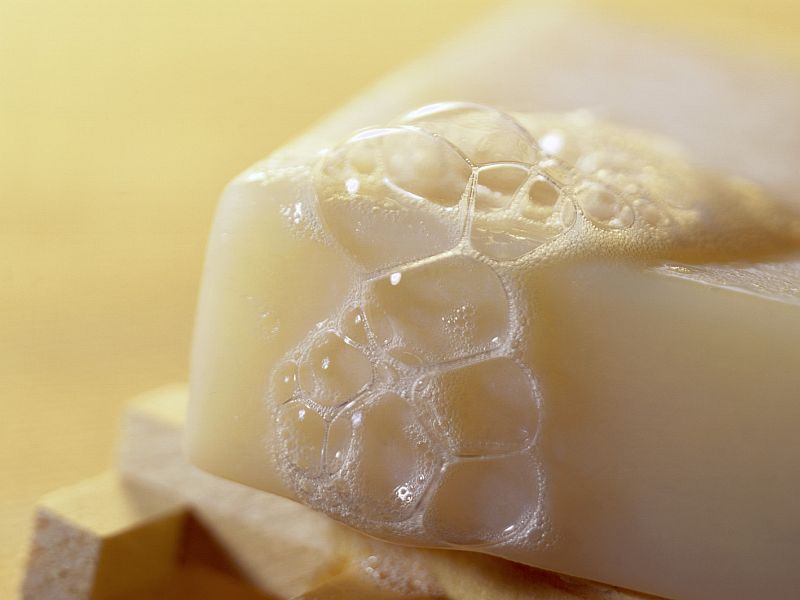 TUESDAY, June 25, 2019 (HealthDay News) -- Triclosan, a chemical commonly added to a myriad of consumer products to kill bacteria, may be bad for women's bones, a new study suggests.

"We found that higher triclosan levels in urine were associated with lower bone mineral density in the femur and lumbar spine and increased the risk for osteoporosis in U.S. women, especially postmenopausal women," said lead researcher Yingjun Li, from Hangzhou Medical College School of Public Health in China.

Triclosan has been shown to affect bone mineral density in cells and in animals, Li added, but this is the first evidence in humans that it can have the same effect.

Triclosan is widely used in a variety of products including soaps, toothpaste and mouthwash. Although the U.S. Food and Drug Administration banned the chemical from hand sanitizers, it's still used in other products.

Because the researchers looked at women who were exposed to triclosan, as well as many other chemicals, during their lives, this study cannot prove that triclosan caused osteoporosis.

According to the FDA, triclosan has been linked to reduced levels of some thyroid hormones and to an added risk of making some bacteria resistant to antibiotics.

Neither of these risks, however, have been conclusively proven, the agency says.

"The data that triclosan alters bone biochemistry seems reasonable," said Bruce Hammock, a professor of entomology at the University of California, Davis.

But it is a stretch to say that the exposure most people get can cause this, he added.

Hammock said that people have to look at the benefits of triclosan to determine if the potential risks are worth taking. That's the best way to judge any chemical, he said.

"If it offers no benefit, as it is in most cases with triclosan, any exposure gives you risk without benefit, so it should be avoided," Hammock said.

For the study, Li and colleagues collected data on nearly 1,900 women who took part in the U.S. National Health and Nutrition Examination Survey between 2005 and 2010.

They found that women with high levels of triclosan in their urine were more likely to have weakening of their bones.

The Personal Care Products Council, an industry group, noted the study had several limitations, including not proving a cause-and-effect link, taking only a single sample of urine from the women, and reporting an effect that was just barely of statistical significance.

Not only that, "the authors acknowledge that 'Future prospective studies are needed to validate the findings,'" Linda Loretz, chief toxicologist with the council, said in a statement.

However, even though the health risks tied to triclosan haven't been proven, another expert still believes you should avoid it when possible.

"This study provides cautionary data on yet another potential adverse health outcome from exposure to the overused antimicrobial triclosan," said Rolf Halden, director of the Biodesign Center for Environmental Health Engineering at Arizona State University.

Consumers can limit their exposure to triclosan by not using toothpaste containing triclosan and by avoiding antimicrobial consumer products laced with triclosan, including clothes, kitchenware, office and school supplies, carpets and workstation surfaces, he said.

"Even after the recent ban of triclosan from most personal care products by the FDA, opportunities for unwanted human exposure abound from a large spectrum of consumer products containing significant quantities of this risky antimicrobial compound," Halden said.

The report was published online June 25 in the Journal of Clinical Endocrinology & Metabolism.