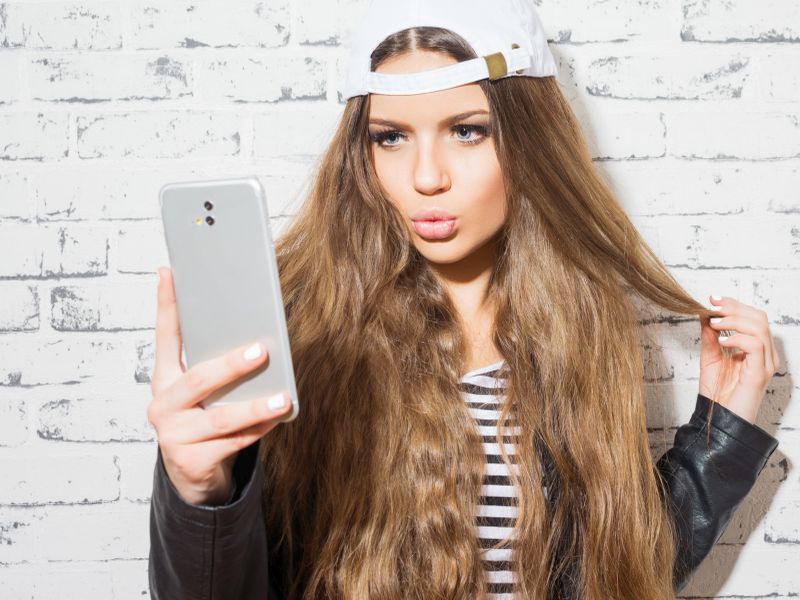 THURSDAY, June 27, 2019 (HealthDay News) -- You might be more apt to seek out a face-lift, a new nose, hair implants or a boob job if you're a fan of posting selfies on social media, a new study reports.

Adults who regularly use social media are more likely to consider getting plastic surgery to improve their online appearance, particularly if they prefer photo-heavy sites and apps, the researchers found.

Furthermore, how much a person uses social media appears to directly relate to their interest in plastic surgery.

Plastic surgery becomes a more and more appealing option as adults either become more invested in social media or draw more self-worth from their personal appearance, according to study author Dr. Lisa Ishii, of the division of facial plastic and reconstructive surgery at Johns Hopkins University in Baltimore, and colleagues.

Cosmetic surgeon Dr. Daria Hamrah said the findings mirror what he's been seeing in his practice for the past several years.

"I see more and more patients coming to my practice showing me their digitally altered selfies asking me to match it with surgery," said Hamrah, whose NOVA SurgiCare practice is in McLean, Va. "Sometimes their expectations are realistic, but most of the time they are not, which leads to very difficult conversations and disappointments."

Selfies have become something of an "epidemic," said Reilly, who co-authored an editorial accompanying the study published online June 27 in JAMA Facial Plastic Surgery.

To see whether that epidemic had any bearing on a person's desire to alter his or her appearance, the Johns Hopkins researchers surveyed 252 adults, aged 18 to 55, on their social media use, their self-worth and their interest in plastic surgery.

The investigators found that people who used image-heavy social media like YouTube, Tinder and Snapchat were more likely to consider plastic surgery a positive option.

People also were more likely to see plastic surgery in a good light if they regularly use filters when posting selfies, have removed selfies because they weren't edited or enhanced to their liking, or if they based their self-worth more on their appearance, the researchers reported.

"I personally think it's highly alarming," Reilly said. "This is not healthy behavior."

He thinks social media can damage self-esteem if people are constantly comparing themselves to others.

"You can go on Facebook and quickly compare yourself to 50 people in five minutes, and all of them are posting their best selves," Reilly said. "That can lead to a lot of insecurity and self-esteem issues."

"It is not so much the actual social media usage that motivates patients to seek cosmetic surgery, rather than their low self-esteem and self-worth that is exacerbated by an upward social comparison, referring to a comparison made against those perceived to have superior characteristics," Hamrah said.

Interestingly, Reilly noted that the people who are posting such flattering images of themselves generally aren't gaining any self-esteem from doing so.

"Studies have shown that when you post a photo of yourself, your self-esteem drops, regardless of whether you were able to alter that digital photo or not," he said.

That's not to say all social media use is bad. People who use social media to foster a sense of belonging (sharing ideas with like-minded folks) or to document events in their lives (a successful athletic event or personal achievement) tend to walk away with better self-esteem, Reilly said.

In the end, regular users of social media should take a step back from time to time and really think about how the sites and apps make them feel, he suggested.

"If you find that looking at certain types of media makes you feel worse about yourself, that's an indication that you need to remove that media input from your repertoire," Reilly said.

The Child Mind Institute has more about social media and self-esteem.