Plastic Surgery Pays Off for Men 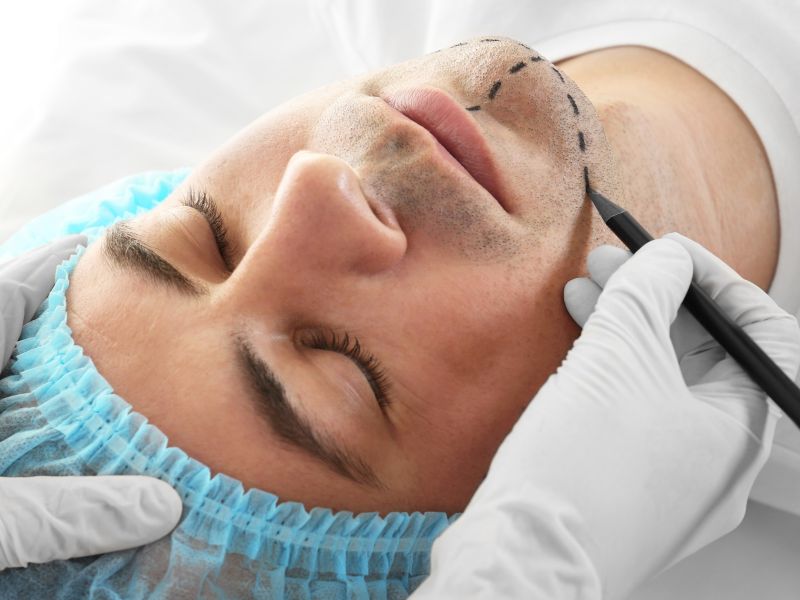 MONDAY, July 22, 2019 (HealthDay News) -- Plastic surgery is no longer the sole domain of women, and men now have even more incentive to try a little nip-and-tuck on their faces: New research suggests they look more attractive and trustworthy to others.

The study included 24 men, average age 49 years, who had one or more of the following procedures: upper eyelid lift, reduction of lower eyelids, face-lift, brow-lift, neck-lift, nose reshaping, and/or a chin implant.

More than 150 people were asked to look at photos of the men before and after their surgery and rate them on personality (aggressiveness, extroversion, likeability, risk-seeking, sociability, trustworthiness), attractiveness and masculinity.

"The tendency to judge facial appearance is likely rooted in evolution, as studies suggest evaluating a person based on appearance is linked to survival -- our animal instinct tells us to avoid those who are ill-willed and we know from previous research that personality traits are drawn from an individual's neutral expressions," said study senior investigator Dr. Michael Reilly. He is an associate professor of otolaryngology and a facial plastic & reconstructive surgeon.

"Taken together, our findings suggest that both men and women undergoing facial cosmetic surgery can experience not only improved perception of attractiveness, but other positive changes in society's perception of their persona," he said in a Georgetown news release.

In recent years, American men have changed their attitudes about "appearance maintenance," from it bordering on narcissism to a part of well-being, according to Reilly.

Men now account for 15% to 20% of the cosmetic surgery market, he noted.

"Cicero described the face as the 'mirror of the soul,' meaning that a person's physical appearance is the personal characteristic most obvious and accessible to others in social interaction -- so it's not surprising that subtle changes in neutral facial appearances are powerful enough to alter judgments of personality," Reilly said.

The American Society of Plastic Surgeons has more on cosmetic surgery for men.