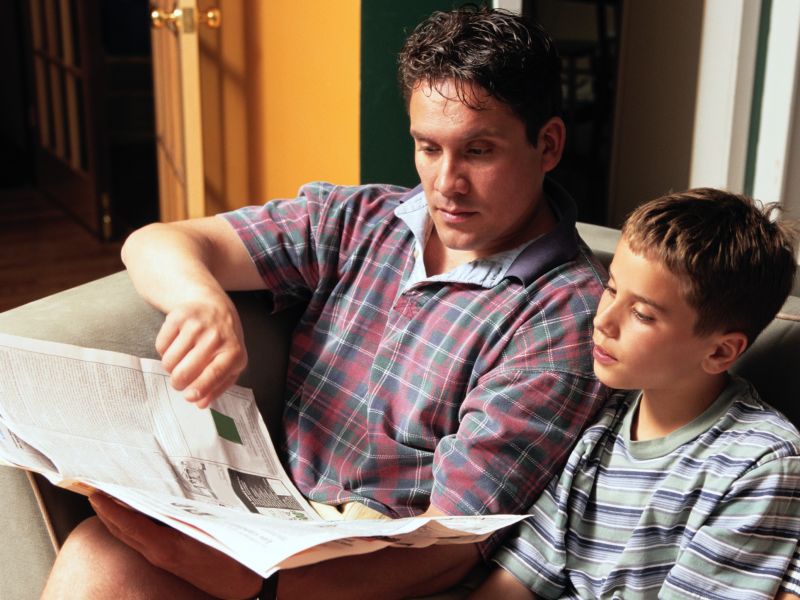 TUESDAY, Aug. 13, 2019 (HealthDay News) -- One of the most popular and effective medications used to treat attention-deficit/hyperactivity disorder (ADHD) appears to alter the brains of boys with the disorder, a new study shows.

While the researchers couldn't say for certain whether the changes were good or bad, one ADHD expert thinks the findings suggest the changes help young males with the disorder.

For the study, investigators evaluated groups of boys and young adult men with ADHD who had never taken methylphenidate (sold under the brand names Ritalin and Concerta). The Dutch researchers found that, among the boys, taking the drug increased the brain's white matter. White matter is key to learning and other brain functions, including coordinating communication between different regions of the brain.

The medication "lastingly affects white matter development of boys with ADHD, and this is probably because the brain is still developing, since we did not observe these changes in the men with ADHD with matured brains we studied," said study author Dr. Liesbeth Reneman. She's a professor of translational neuroradiology at University of Amsterdam.

"We still need to establish the long-term implications of our findings, [but] in the meantime … we think the drug should only be prescribed to children who actually have ADHD and are significantly affected by it," Reneman added.

About 9% of U.S. children aged 2 through 17 have ever been diagnosed with ADHD, according to the U.S. Centers for Disease Control and Prevention. In 2016, just over 5% of all children in the United States were taking medication to treat the disorder, whose symptoms include trouble paying attention, organizing tasks and behaving impulsively.

While Reneman said the study wasn't designed to determine whether white matter changes in boys taking methylphenidate were good or bad, a U.S. expert interpreted the changes as a "normalization" of the brain.

"The normalization of the white matter for treated children is something we hope for and wish to be true, and this [study] gives validation to that," said Dr. Alan Geller. He's a child, adolescent and adult psychiatrist in private practice and an attending psychiatrist at Gracie Square Hospital in New York City.

"This is a population at risk, when untreated, for anti-social and oppositional behaviors, school trouble and family trouble, and ultimately this is what we want to hear -- that treating kids with ADHD early will help them," added Geller, who wasn't involved in the study.

In the new research, Reneman and her colleagues split 50 boys ages 10 through 12, and 48 young adult men -- all of whom had never taken methylphenidate -- into two equal groups. For 16 weeks, one group received methylphenidate and the other received a placebo drug.

Before the study began, and one week after treatment ended, all participants underwent MRI scans of the brain, including a technique that assesses white matter.

In the boys with ADHD, four months of methylphenidate treatment was associated with increased white matter. But the effects of the drug appeared to be dependent on age, since they did not occur in adults who took it, the study authors said.

Reneman also said the results couldn't be generalized to mean that girls with ADHD would experience the same white matter changes from the drug, "as girls differ considerably in brain white matter development."

But Reneman said she's "pretty sure the effects are due to methylphenidate and not something else," since prior research had produced similar results. The new research also produced a "higher level of evidence" by assigning children with ADHD to methylphenidate or a placebo, and measuring white matter before and after treatment.

Reneman and her colleagues are continuing to research this issue, studying the long-term implications of these findings on ADHD behavior. Many ADHD patients take medications for many years, the study authors noted, so it's important to determine long-range effects.

Geller said that based on these findings, he would continue to recommend early treatment for children with ADHD.

"I look at this [brain change] as improvement or normalization because that's what I see clinically -- I see the behaviors, attention and socialization improve with treatment, and I kind of go back and assume those changes in the brain are beneficial," he said.

"But the study does not conclude that," Geller acknowledged. "I guess I'm more hopeful and I have the clinical proof to back me up."

The study was published Aug. 13 in the journal Radiology.

The U.S. Centers for Disease Control and Prevention offers more on ADHD treatments.