Toxic Pond Algae Is Killing Dogs—How to Protect Your Pooch 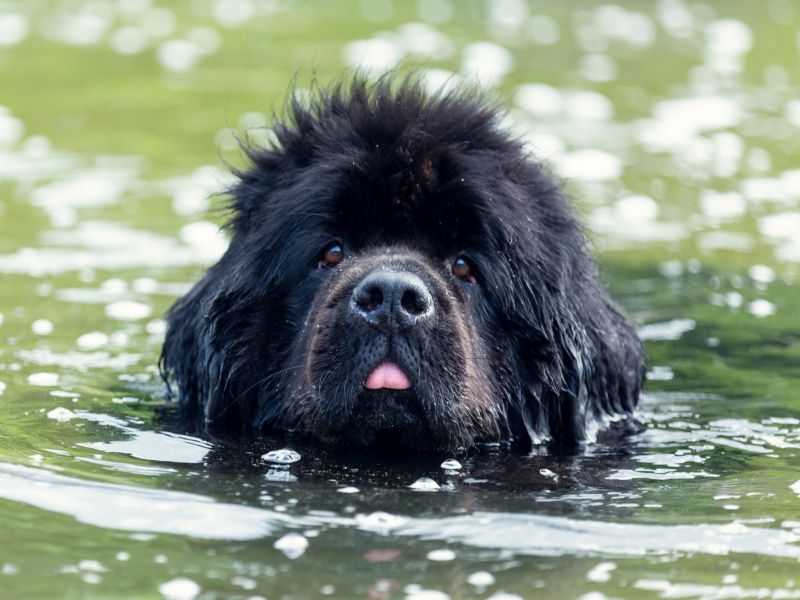 FRIDAY, Aug. 16, 2019 (HealthDay News) -- Your dog bounds heedlessly into a local lake or pond, playfully splashing in the water.

But within minutes, your canine companion is staggering, drooling or suffering seizures. Left untreated, the dog will likely die.

This fate has befallen a handful of pooches exposed to toxic algae blooms this year, experts say.

"Blue-green algae is a bacteria that during certain times of year, certain weather conditions, will produce a toxin that's very harmful to dogs," said Dr. Julie Schildt, an emergency and critical care veterinarian at the University of Tennessee's School of Veterinary Medicine.

All three dogs -- Abby, Izzy and Harpo -- began suffering from seizures within 15 minutes of their evening splash, said the dogs' owner, Melissa Martin.

"We are gutted," Martin said in a Facebook post that has been shared more than 32,000 times. "I wish I could do today over."

Meanwhile, the Wisconsin Department of Natural Resources has reported toxic blue-green algae in a number of lakes, prompting shutdowns of some beaches and recreational areas.

It's hard to say how many canines have fallen ill from toxic algae.

"We don't know how many dogs have died from harmful algal blooms this year," said Michael San Filippo, a spokesman for the American Veterinary Medical Association. "There have been several cases reported in the past month, but these types of deaths aren't reportable, so there's no reliable statistics available."

But when the weather is hot and there's been little rain, stagnant water conditions near the shore of ponds and lakes can prompt the algae to start pumping out toxins, Schildt and San Filippo explained.

Toxic algae can make people sick, too, but it's especially harmful to animals, the U.S. Environmental Protection Agency said.

"They can develop signs very quickly, within 15 minutes of being in the water or drinking the water," Schildt said. "Those animals can have more neurologic signs -- they might stagger around, they might drool, they might have seizures. It can lead to very quick, rapid death."

Other toxins produced by the algae can cause liver failure, and in that case symptoms might not become apparent until sometime later, Schildt said.

"They could come out of the water and seem relatively OK, then go home and start to show signs like vomiting, diarrhea, abdominal pain, not wanting to eat," Schildt said.

"Unfortunately, this is a toxin for which there's no specific antidote," Schildt said. "That means we're left just treating symptoms."

The EPA recommends keeping your dog away from slimy water, or water that looks like it has foam or scum on its surface. Also avoid water if it smells bad or if it has an odd color, like blue, bright green, brown or red.

Be sure to keep your dogs on a leash during weather conditions that might promote a toxic algae bloom, San Filippo recommended. That way, they can't run off and jump into a lake before you've had a chance to assess the water's safety.

If you think your dog has gotten into a toxic algae bloom, get the pet out as quickly as possible and rinse the animal off immediately with clean water, Schildt and San Filippo said.

Afterward, keep a close eye out for symptoms like diarrhea, vomiting, weakness, staggering, drooling, difficulty breathing or convulsions. Rush your dog to the vet at the first sign of any of these symptoms.

In fact, it might be worth taking them to the vet preemptively, San Filippo said.

"Because these blooms thrive in warmer temperatures, you could expect rising temperatures to lead to an increase in harmful algal blooms," San Filippo said.

The U.S. Environmental Protection Agency has more about toxic algae and pet safety.